Instant Karma: Man falls victim to his own terror plot

Instant Karma: Man falls victim to his own terror plot 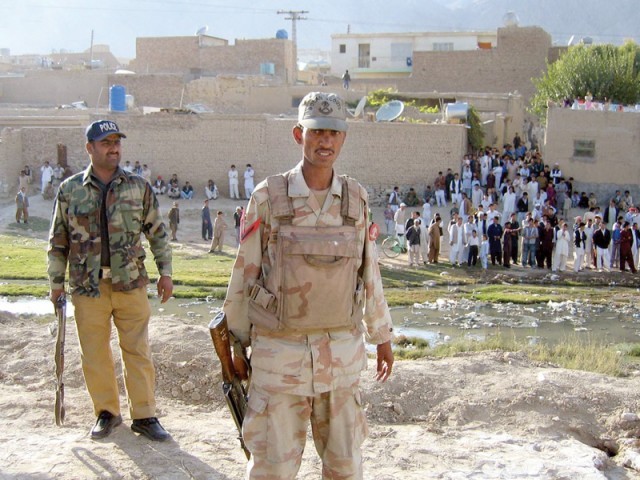 QUETTA: A man fell victim to his own terror plot on Saturday when the explosives he was planting prematurely went off near Hazara Town on Saturday. Hazara Town is a suburb in Quetta with a high density of Hazara residence.

“The man wanted to place the explosives somewhere in Hazara Town, however, it detonated near the drain line, killing the man instantly,” Saddar police Superintendent Malik Arshad said.

The explosion left a three-foot-deep ditch, and limbs and pieces of human flesh could be found 35 to 40 yards from the crime scene.

The victim’s legs and arms were separated from the body, while his head and abdomen remained intact. “Around three kilogrammes of explosives were used in the blast. The nature of the explosion and condition of the body indicate that the man was not a suicide bomber,” an official of the Bomb Disposal Squad (BDS) said.

A heavy contingent of police and paramilitary troops of the Frontier Corps (FC) reached the site soon after the blast and cordoned off the area.

“I rushed to the spot soon after hearing a loud explosion. The area was covered in thick smoke,” Inayathullah, a resident of Hazara Town, said.

The police recovered a wallet from the crime scene and found a copy of the victim’s identity card which states his name as Pervez Elahi, a resident of Dera Allahyar.

The Shia community, a minority in Quetta, is often subjected to targeted killings and suicide attacks.

As many as 26 Shia pilgrims were killed when a Taftan-bound bus was ambushed by a group of assailants near Mastung district, about 45-kilometres south of Quetta, on September 19. Over 60 people from the Shia community have been killed in incidents of firing and suicide attacks in the past two months.