Indo-Pak talks should not only centre on terror

Indo-Pak talks should not only centre on terror 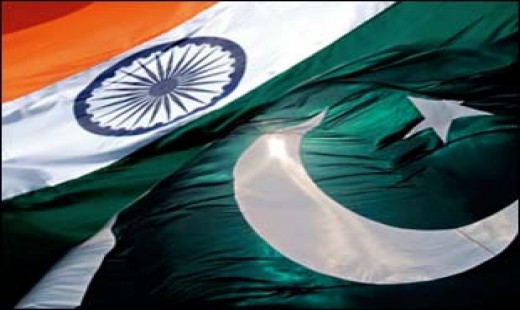 In a significantly-timed high-level meeting on Friday, the country’s top leadership – the president, prime minister and chief of army staff – resolved that dialogue with India should not only centre on terrorism.

In the meeting held at the presidency, participated by President Asif Ali Zardari, Prime Minister Yousaf Raza Gilani and Chief of Army Staff General Ashfaq Parvez Kayani, it was agreed to ensure Pakistan’s basic national strategic interests in talks with India, and stressed that Islamabad will keep on playing a positive role for sovereignty and integrity to maintain peace in the entire South Asian region. The meeting is learnt to have discussed a host of issues, including the security situation, the Krishna visit, Indian foreign minister’s meeting and issues of national security.

At the outset, sources said, it was made clear that, from now onwards, all decisions on issues like defence and security will be made jointly.   Expressing satisfaction over the meeting between the foreign ministers of Pakistan and India in which issues like Pak-India dialogue and Siachen were discussed, the president and the prime minister reiterated that Pakistan had paid a steep price in the war  against terrorism, adding that it had sustained losses, instead of gaining advantages, but the entire nation and the government had shown an unwavering resolve to defeat extremism.

Reiterating the country’s desire to expand relations with India on equal footings, the participants said that all talks should be held in an amicable manner as the dialogue process with India should not only be limited to terrorism only, they stressed, according to sources.

The Chief of the Army Staff is said to have briefed the president and the prime minister on some of key decisions taken at the Corps’ Commander conference.