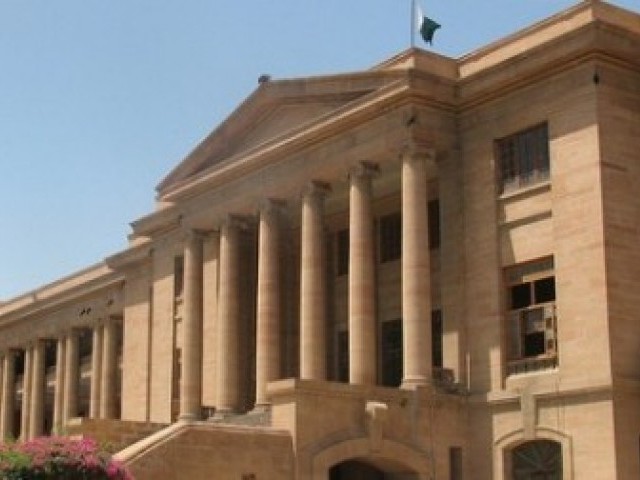 KARACHI: There is a group of alleged land grabbers who have set their sights on government buildings, particularly schools, and are converting them into businesses.

NGO United Human Rights Commission Pakistan (UHRCP) Secretary General Rana Faizul Hasan – not to be confused with the Human Rights Commission Pakistan – filed a petition with the Sindh High Court (SHC) asking for action to be taken against these land grabbers. An SHC bench comprising Chief Justice Mushir Alam and Justice Ahmed Ali M Sheikh heard the petition and put the Sindh education minister, education secretary, other officials and the alleged land grabbers on notice for a hearing scheduled for Wednesday. However, when the petition came up, the petitioner pointed out that no one was there to represent the Sindh government despite being put on notice.

The bench ordered that fresh notices be issued to the respondents, including education officials, the Karachi administrator and two private respondents, Salman Shahrukh and Javed Mian. The date of the hearing is to be fixed by the court’s office.

At the hearing, the petitioner maintained that the land grabbers were in cahoots with the education department. He alleged that Javed Mian, owner of the famous Javed Nihari house, bought the building of the National Ideal Government Boys Primary School from a man. This whole transaction was manoeuvred using fake documentation that named the seller as the owner of the building even though it was a government building. The building was nationalised in 1972, and later when the government changed its policy it returned school buildings to their actual owners. The unidentified seller claimed it and sold it to Mian.

According to the petitioner, encouraged by this one successful takeover, the respondent moved to grab another building – the Government Muniba Boys and Girls Secondary Schools’ building. This time around, a man named Salman Shahrukh has claimed the building and is trying to sell it to Mian. He maintained that hundreds of students would be deprived of an education if the land grabbers succeeded in buying the building located at C-14, Block 6, Federal B Area, Karachi.