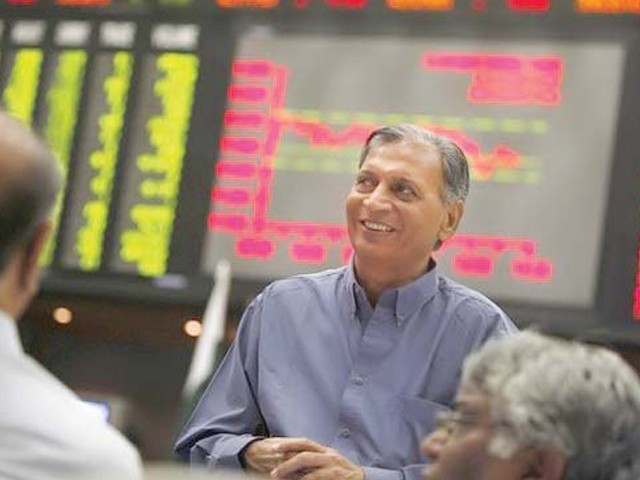 Corporate earnings and reduction in interest rates helped equities so far in 2011 amongst the Asian Emerging and Frontier markets tracked by MSCI. PHOTO: REUTERS/FILE

KARACHI: Despite security concerns, tense relations with the US and economic slowdown, Pakistan’s stock market has managed to rank as the second best performing market in Asia after Indonesia in 2011 so far, according to a Topline Securities research note.

Corporate earnings and reduction in interest rates helped equities so far in 2011 amongst the Asian Emerging and Frontier markets tracked by MSCI, adds the note.

Resurgence of US crisis coupled with headwinds in eurozone saw huge selling in global equity markets as risk-averse offshore investors moved to safe heavens. The MSCI All Country World Index has slumped by 8% in 2011 till October 18 on concerns about the world economy and the lack of any credible solution to Europe’s debt issue, the reason also why most Asian Emerging and Frontier markets have posted negative returns so far in 2011.

Moreover, except the Indonesian market, all markets in MSCI Asian Emerging and Frontier markets are down 5% to 39% with India and China, the two leading markets falling by 26% and 24%, respectively.

Interestingly, Pakistan with a fall of 5% is so far the second best performing market amongst these 12 countries.

Due to fear of another recession, the benchmark MSCI Word Index is down 8%. Emerging and frontier market indices also followed by falling 18% and 25%, respectively