The plan to implem­ent a reform­ed genera­l sales tax (GST) system from Octobe­r could be compro­mised once again.
By Shahbaz Rana
Published: July 14, 2010
Tweet Email 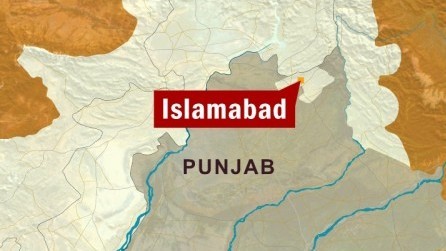 ISLAMABAD: The plan to implement a reformed general sales tax (GST) system from October could be compromised once again, as the federal government has decided to submit a bill in parliament to provide a legal base for the new tax regime without having addressed the concerns of the provinces, or taking them on board.

Officials in Federal Board of Revenue told The Express Tribune that the government has decided to implement the reformed GST through an Act of Parliament and a draft bill of the sales tax on goods and services would soon be submitted.

In addition to omitting the exemption chapter from the Sales Tax Act, the government would also withdraw over 120 SROs to eliminate the tax exemptions given on political grounds during the last two decades. Under the law, the FBR can issue an SRO to exempt any sector from the tax.

Finance Minister Dr Abdul Hafeez Shaikh had announced in his budget speech that the existing sales tax regime would be reformed, and then implemented from October 1 after authorities failed to levy the value-added tax from July 1. In order to recover the revenue loss during this transition period, the government increased the sales tax rate by one per cent on the sale of goods.

Pakistan is under immense international pressure to increase its tax base, which is the lowest in the region. The World Bank has estimated revenue losses at Rs796 billion per annum. The finance ministry recently briefed Prime Minister Yousaf Raza Gilani about the fallout of not implementing the proposed reformed sales tax regime, which includes a blockade of foreign loans and consequent pressure on rupee that may slide further against the US dollar.

A senior FBR official said that the tax collecting authority informed the government that the reformed GST cannot be implemented without parliamentary approval.

However, the government seems once again to be headed towards making the same mistake of tabling a sensitive bill in the Parliament without taking the provinces into confidence. The FBR sources said that the reformed GST bill would propose levying 15 per cent sales tax on both goods and services.

“The provinces would not allow the federal government to collect tax on services even if the Parliament passes a reformed GST bill”, he added.

The FBR sources said that the Sindh government has proposed to the federal government to collect taxes only on four services, namely advertising, franchises, construction and financial services and insisted on handing over the remaining ones, particularly the telecoms sector, to the provinces.

Pervaiz Malik, the man handling Punjab’s affairs relating to VAT and reformed GST, said that the Centre did not take the provincial government into confidence about the new draft bill.