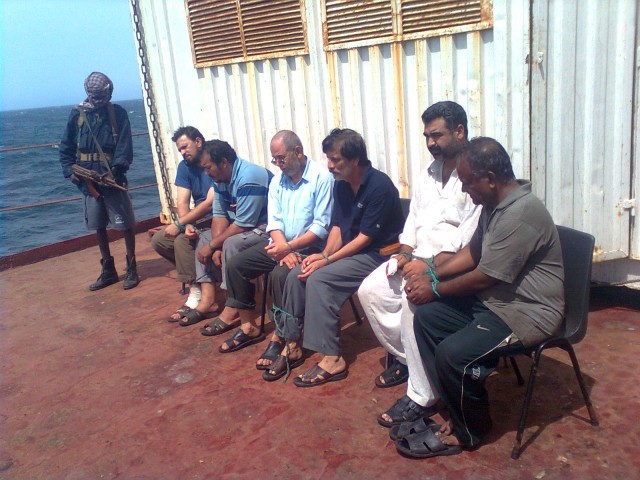 The MV Suez was earlier captured by Somali pirates for 10 months. PHOTO: AFP/FILE

A large Pakistani fishing trawler that had been taken over by a group of Somali pirates earlier this week was rescued by the Combined Maritime Forces (CMF) near the coast of Somalia on Sunday.

The statement released by the CMF suggested that “it became evident that the Pakistani crew were being held against their will by the Somalis, whose weapons were then seized and destroyed“. The ships crew were later set free by the Royal Navy, and the Pakistani crew members thanked the British for ending their captivity.

CMF is a multinational naval partnership which aims to combat terrorism and crime at sea. It is commanded by a US Navy Vice Admiral and a deputy commander who is a UK Royal Navy Commodore.

Earlier in July, Somali pirates had released the Merchant Vessel Suez after keeping the crew hostage for more than 10 months. The pirates had demanded a $2.1 million ransom.