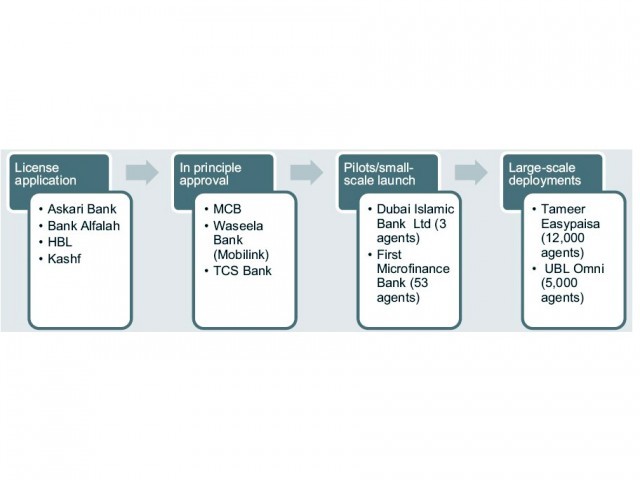 CGAP says that Pakistan has become one of the fastest developing markets for branchless banking in the world.

There are currently two major operators in the market with several to jump in during the next couple of years.

Easypaisa, a joint venture of Tameer Microfinance and it’s parent company Telenor, claims to have over half a million mobile accounts. Easypaisa claims to have processed bill payments and domestic money transfers of worth Rs. 43 billion (US$500 million), unveils the report.

UBL claims to have 5,000 agents, countrywide, disbursing payments to around 2 million recipients.

CGAP says that next 12 months will be critical for the newly emerging branchless banking sector in Pakistan. The evolution of the sector will likely yield important lessons for the rest of the world.

You can download the complete report by clicking this link.

A version of this report originally appeared on ProPakistani.