The govern­ment must re-open the Noor Masjid within 72 hours, otherw­ise the Ahle Sunnat Wal Jamaat (ASHJ) will be...
Published: July 12, 2010
Tweet Email 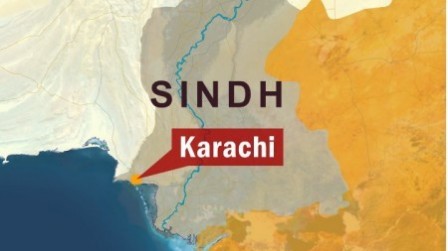 KARACHI: The government must re-open the Noor Masjid within 72 hours, otherwise the Ahle Sunnat Wal Jamaat (ASHJ) will be forced to protest outside the Chief Minister House on Thursday, representatives of the ASWJ demanded on Sunday.

Following an ulema convention at the Jamia Darul Khair in Gulistan-e-Jauhar, the religious scholars held a press conference, where they said that they want to offer their Friday prayers at the currently sealed mosque.

They also accused the Sunni Tehreek of spreading “hate and terrorism” among religious factions and demanded that the ban on the outfit be enforced.

ASWJ also demanded that the financial aid, allegedly received by the Sunni Tehreek and the Jafferia Alliance from foreign countries, should be investigated.

They also announced the establishment of a Sunni Wahdat Council, which will find solutions to the problems faced by the Deobandis.

Maulana Asad Thanvi said that the mosques and madaris run by Deobandis are being invaded through a “planned conspiracy”.

“Twenty seven mosques are currently sealed and despite court orders on some cases which have come out in our favour, mosques have yet to be re-opened,” said Thanvi, who accused Sunni Tehreek’s Sarwat Aijaz Qadri and his men of attacking the Noor Masjid and damaging the sanctity of the mosque by using abusive language and hurling shoes at it.