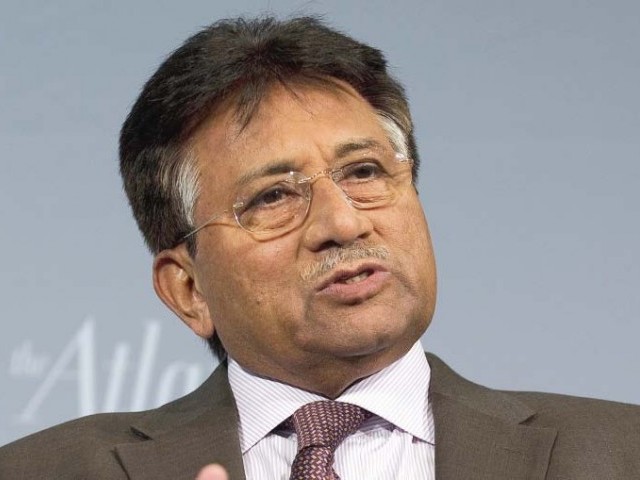 As former military ruler Pervez Musharraf begins his tour of the United States and Canada, documents have come to light revealing that the general, who is now heading his own political party, has hired a lobbying firm in the US to represent his “interests” in the country.

According to a form submitted by the Advantage Associates under the Foreign Agents Registration Act to the US Department of Justice, Dr Raza Bokhari, cited as a representative of the former president, has hired the lobbying firm to “Work with client to develop strategy to represent the interest of General Pervez Musharraf in the United States.” The total fee for the contract that began in September 2011 and will end in March 2012 is $175,000.

Bill Sarpalius, CEO and President of Advantage Associates, told The Express Tribune, “We’re doing everything we can do to help him. We’re trying to help him deliver the message that he has – the positive image of the people of Pakistan – to Congress.” Sarpalius said that their goal is to get Musharraf’s message across to members of the US Congress and the administration.

Raza Bokhari, who claims to be part of the North American office of General Pervez Musharraf, said that the lobbying firm would serve as their links to Congress and the United States. He added that he was not a member of Musharraf’s All Pakistan Muslim League (APML), but General Musharraf’s office acted as a liaison between his charitable foundation, political party and personal affairs, with offices in London, Dubai and the US.

Musharraf arrived in Washington, DC on Wednesday. Over the past two days, he was scheduled to meet Senator Carl Levin, head of the Armed Services Committee, Senators Lindsey Graham and Senator John McCain and former speaker of the House of Representatives Nancy Pelosi. Sarpalius said that his firm had helped arrange some of those meetings.

According to documents available with the US Senate, Pakistan Tehreek-e-Insaf (PTI) and the Muttahida Qaumi Movement (MQM) have also hired lobbying firms in the US. Several foreign governments, including that of Pakistan, and foreign corporations, use lobbying firms to further their cause and present their viewpoints in front of members of the US Congress.

On a related note, the Pakistani Embassy, which has Locke Lord Strategies as its lobbying firm, paid $230,000 to the firm in the second quarter of 2011. According to the documents, the causes that the firm lobbied for included “Foreign Operations appropriations, Afghanistan-Pakistan security and Prosperity Enhancement Act; Afghanistan and Pakistan Reconstruction Opportunity Zones Act of 2009 and the Pakistan Enduring Assistance and Cooperation Enhancement Act of 2009.