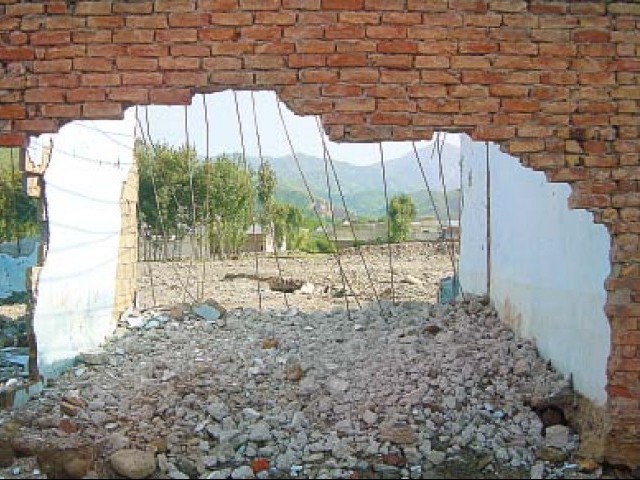 Militants blew up a primary and a high school building with explosives in Mardan’s Katlang Shamozai area. PHOTO: FAZAL KHALIQ/FILE

MARDAN: Militants blew up a primary and a high school building with explosives in Mardan’s Katlang Shamozai area, Express 24/7 reported on Wednesday.

The security forces cordoned off the area after the bombing and started gathering evidences from the site.

Meanwhile, police has registered a case against unknown perpetrators and started an investigation into the attacks.

Earlier last month, Taliban insurgents ambushed a school bus, killing four pupils and the driver in a hail of bullets and rocket fire in Peshawar’s suburban Mattani area. Another 18 people, including four children, two of them seven-year-old girls, were also wounded in the attack.

The children studied at Khyber Model School Zangli, an elite English-language school in the Badabher area. The Taliban are opposed to Western-imported education and have destroyed hundreds of schools in Khyber-Pakhtunkhwa and adjoining tribal regions.