The larges­t issue with the film is that most of the plot points feel a touch too forese­eable, and lack origin­ality.
By Noman Ansari
Published: October 11, 2011
Tweet Email 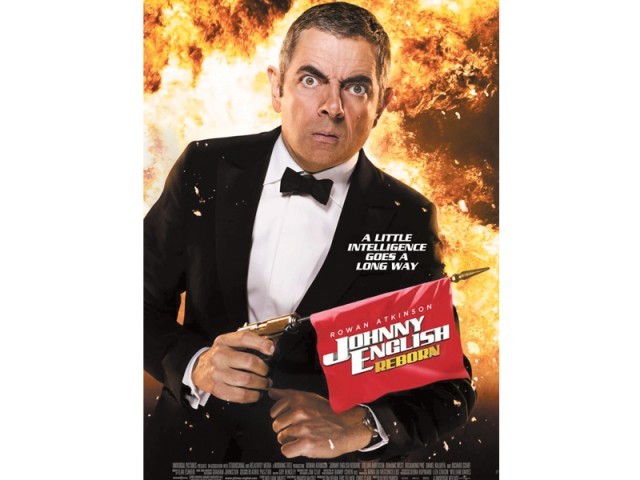 English will leave you shaken and stirred.

The first reason why this James Bond spoof works well as a comedy is that it doesn’t resort to any of the gross out toilet humor, which plagues such kind of films. The second is that it is a perfect to showcase the talents of Rowan Atkinson, the star of the movie. Atkinson, who is best known for his work in legendary British TV comedies, is a bona fide genius when it comes to tickling the funny bone. And in Johnny English Reborn, he has a fairly good platform to blast one laugh-out-loud gag, after another.

The movie opens with the spiritual rebirth of emotionally scarred British spy Johnny English (Rowan Atkinson) amongst the Tibetan monks, who teach our hero one amusingly painful lesson after another. After his training is incomplete — you’ll have to watch the film to get that one — English flies back to MI7 in London, where he is put on a mission to uncover the conspiracy behind the attempt on the life of the Chinese premier, who is scheduled to visit the United Kingdom on a state visit. In between amusing martial arts bits in Hong Kong, and comical golfing shenanigans back in England, the spy goes on a mirthful adventure where he eventually saves the day, and his country’s government from humiliation.

The largest issue with the film is that most of the plot points feel a touch too foreseeable, and lack originality. Also, some of the early gags do come across as a bit contrived. Having said that, the film does deliver hilarity with some consistency, and on five or six occasions I was wiping away tears of laughter. Thankfully, the film also avoids a genre cliché by not portraying its lead as a bumbling pushover, with him able to hold his own in difficult circumstances.

Something also worth mentioning is that Johnny English Reborn is unexpectedly finding cinematic release in Pakistan before many major markets, including North America, which is a welcome thing for our troubled nation. It is difficult to review a comedy, because humour is so subjective, but if the crowd was any indication, then this movie should find plenty of love at the box office.

Video of the day: Facebook love story falls flat on its face