Underwear bomber vows 'US cancer' will be wiped out

Underwear bomber vows 'US cancer' will be wiped out 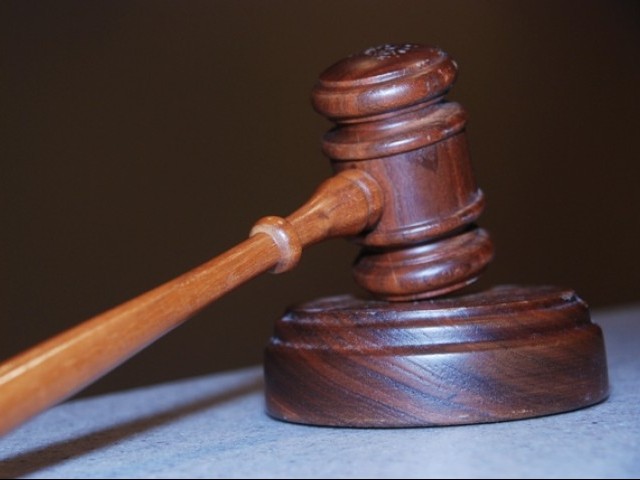 A Nigerian man accused of trying to blow up a US-bound airliner in 2009 Tuesday vowed militants would wipe out "the cancer US" and hailed a slain al Qaeda cleric as his trial opened.

DETROIT: A Nigerian man accused of trying to blow up a US-bound airliner in 2009 Tuesday vowed militants would wipe out “the cancer US” and hailed a slain al Qaeda cleric as his trial opened.

“Anwar is alive,” Umar Farouk Abdulmutallab shouted out in the Detroit court in reference to Anwar Al-Awlaqi, the US-born cleric who was killed in a suspected US drone strike in Yemen last week.

And in another equally virulent outburst before the judge entered the courtroom, he said “the mujahedeen will wipe out the US, the cancer US.”

Abdulmutallab has insisted on representing himself on charges of trying to blow up a Northwest Airlines flight from Amsterdam to Detroit on Christmas Day 2009.

But the 24-year-old swiftly ran into trouble at the start of jury selection when he was ordered to change out of an oversized white T-shirt.

Judge Nancy Edmunds, who had refused his earlier request to wear a Yemeni belt with a dagger into court, called a short break and told him to change into something “more appropriate.”

“I’d like you to put on a shirt with buttons, which would make a better impression on jurors,” she said. After a brief recess Abdulmutallab, who was wearing a black skull cap, returned having donned a tan tunic-like garment.

Edmunds has repeatedly urged Abdulmutallab to let a lawyer argue his case, and appointed “standby counsel” to help him contest charges that he tried to kill nearly 300 people aboard the Northwest Airlines flight.

While he accepted some help from lawyer Anthony Chambers, Abdulmutallab insists he will make his own opening statement and will question witnesses during what is expected to be a weeks-long trial.

He also closely questioned one of the potential jurors, asking why she had expressed fears about her personal safety.

“You have some fears with security. Do you also recognize that people could be angry at the verdict and retaliate?” he asked. The potential juror said she did.

Opening statements are expected on October 11 and the trial will be closely watched as it comes after the killing of the US-born Awlaqi. US intelligence officials had repeatedly linked the US-born cleric to the Christmas Day plot.

“This is the American legal system on display for the world. That’s important,” said Peter Henning, a law professor at Wayne State University.

“The judge has to ensure this trial is conducted fairly without letting it dissolve into a circus,” he said recently. “That’s difficult to do because Mr. Abdulmutallab has his own agenda.”

The December 25 plot was foiled when explosives allegedly stitched into Abdulmutallab’s underwear failed to detonate and only caused a small fire, allowing passengers and crew members to restrain him.

The botched operation triggered global alarm and led the United States to adopt stringent new screening and security measures, including controversial pat-downs at airports and a massive expansion of the no-fly list.

The reputation of the nation’s intelligence services also took a hit because Abdulmutallab’s father, a prominent Nigerian banker, had warned the CIA about his son’s growing radicalization.

Republicans capitalized on the missteps and the revived security fears to paint President Barack Obama as weak on terror.

The botched plot also cast a spotlight on Yemen, where al Qaeda in the Arabian Peninsula (AQAP) is increasingly seen by US officials as a threat comparable to the terror network’s core leadership in Pakistan and Afghanistan.

Some 20 jurors made the cut Tuesday for final selection and seven were excused. Judge Edmunds was expected to bump that number up to around 40 on Wednesday before picking her 12 jurors and four alternates on Thursday.

At a recent pre-trial hearing, she dismissed Abdulmutallab’s objection to the prosecution’s request to show jurors his martyrdom video and a video demonstration of the power of the explosives.

Jurors will also be shown a reproduction of the underwear that Abdulmutallab allegedly wore to hide the explosives and are expected to hear testimony from the plane’s passengers and crew.