Pakistan needs to plan for when the US leaves: Zardari

Pakistan needs to plan for when the US leaves: Zardari 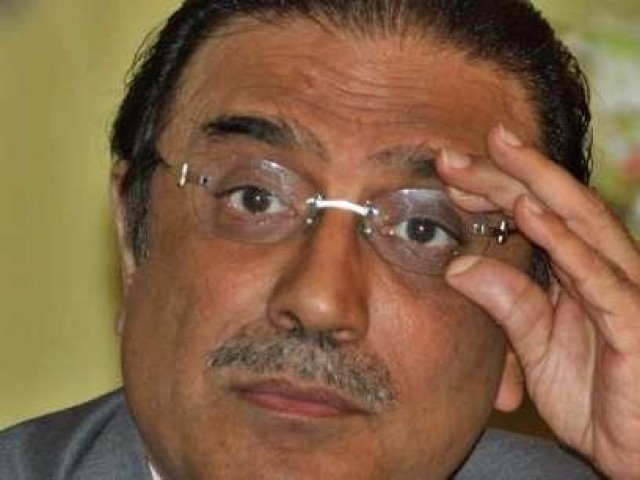 Says at time when Pakistan is facing a natural disaster, the US is also battering the nation instead of helping. PHOTO: REUTERS/FILE

Pakistan’s chief concern is positioning itself for the endgame in Afghanistan and regional stability after the US completes its withdrawal of combat forces from Afghanistan in 2014, wrote President Asif Ali Zardari in an op-ed published in the Washington Post on Friday.

“Whoever comes or goes, it is our coming generation that will face the firestorm,” he wrote. “We have to live in the neighbourhood. So why is it unreasonable for us to be concerned about the immediate and long-term situation of our Western border?”

The president attempted to push back against US pressure to act against the Haqqani network and believed that it was “time for the rhetoric to cool and for serious dialogue between allies to resume”.

The president believed that terrorists had gained the most from the “recent verbal assaults some in America had made against Pakistan” – a strategy he believed was counterproductive to the two countries’ larger goals of defeating terrorism, extremism and fanaticism.

“The sooner we stop shooting verbal arrows at each other and coordinate our resources against the advancing flag of fanaticism, the sooner we can restore stability to the land for which so much of humanity continues to sacrifice,” Zardari wrote.

He further stated in the op-ed that recent statements by the US against Pakistan couldn’t have been more ‘ill-timed’ as the country was being ravaged by floods. “We find that, instead of a dialogue with our closest strategic ally, we are spoken to instead of being heard … We are being battered by nature and by our friends.”

Acknowledging Pakistan’s ‘geopolitical location’ as the future battleground of ideologies from the Middle East to South Asia, the president believed that in the ongoing battle between extremism and modernism, the latter “must win”.

The president went on to clarify that his vision was not one premised on the politics of victimhood, rather it pivoted on Pakistan’s full ownership of the war against extremism and terrorism, adding that Pakistan did so even though they lacked the resources to match their commitment.

In an apparent dig at the US, the president wrote that he believed that the US had “compromised its fundamental values to accommodate a dictator (Prevez Musharraf) in Pakistan”.

Showing signs of frustration and of being treated as a second-grade coalition partner with the US, the president felt it was unfair to expect so much out of Pakistan as a nation.

“How long can we degrade our capacity by fighting an enemy that the might of the Nato global coalition has failed to eliminate?

“The war is being fought in Afghanistan and in Pakistan, yet Washington has invested almost nothing on our side of the border and hundreds of billions of dollars on the other side,” he lamented.

However, the president ended on a rather uplifting message about the resolve of Pakistanis, saying “we are a tenacious people” and “would recover every inch of our territory with or without the US.”