'Govt should not overrule supremacy of judiciary' 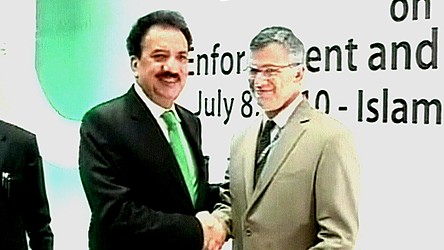 Speaking to an American delegation in Islamabad, Malik also declared that Mullah Omar and Osama bin Laden are not hiding in Pakistan.

The comments were made during the Pakistan-US strategic dialogue held in the federal capital.Malik apprised the participants on Pakistan's policy against terrorism and the shortcomings of its security forces while fighting the war.

The second phase of the dialogue will see participants discussing how terrorism can be countered, and how security forces of both countries can increase cooperation. 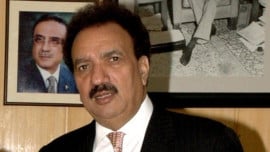 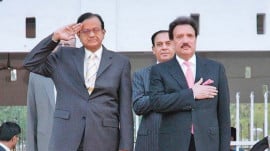 Pakistan urges India to move beyond politics of dossiers 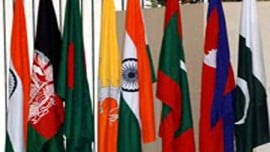 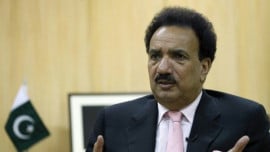 A Suhail | 10 years ago | Reply We should payback the $5000 our government took from the US government to get Afia back. I say we should ask the US government that we are willing to negotiate, Zardari for Afia.
Altaf Shakoor | 10 years ago | Reply Aafia is innocent. She was abducted from Karachi in 2003. After 5 years of disappearance, she was found by Yvonne Ridley - a UK journalist and human right activist in Bagram. From Bagram she was transfered to N.Y. She was tried in NY on a charge committed by her (as they claim) in Afghanistan. No international law permits a trial in a country other than the place where crime was committed. This Aafia case, has exposed the American Judicial system - where you can get any thing other than justice. Shame on USA and its so called democracy and justice system. www.freeaafia.org (for details).
VIEW MORE COMMENTS
Sultan Ahmed | 10 years ago | Reply CIA, has failed to search Mullah Ommer and Osama , ISI has lost its efforts to find them out. No power on the earth can take them out from the hidden place they chosen.
Mir | 10 years ago | Reply Please do not ask for more stupid things.. You bring her here and let her back on the loose. Well on the contrary I take it back, we can be stupid to ask her back but the US is not stupid to just give away a veteran terrorist.
Malik Hameed Langraw | 10 years ago | Reply I don’t why our government is so defensive in handling the issues like dentition of Dr Aafia in America, presence of Mullah Omar and Osama bin Laden in Pakistan or allegations leveled by Indians. The sad thing is that country like Afghanistan is asking us to do more. It is Just because of our defensive attitude and polices. Our government should adopt polices which truly represent the wishes of people and which are the need of hour
Hasan Zuberi | 10 years ago | Reply If only wishes were horses .... Mailk sahab ... the nation xpects more from you ... kindly get it done like our masters usualy get what they want from us anytime and at any cost.
Replying to X
Saved ! Your comment will be displayed after the approval.
Error !
Error! Invalid Email.