Khan said the US was blamin­g Pakist­an for its failur­e in Afghan­istan. Govt should reject all US aid.
Published: September 25, 2011
Tweet Email 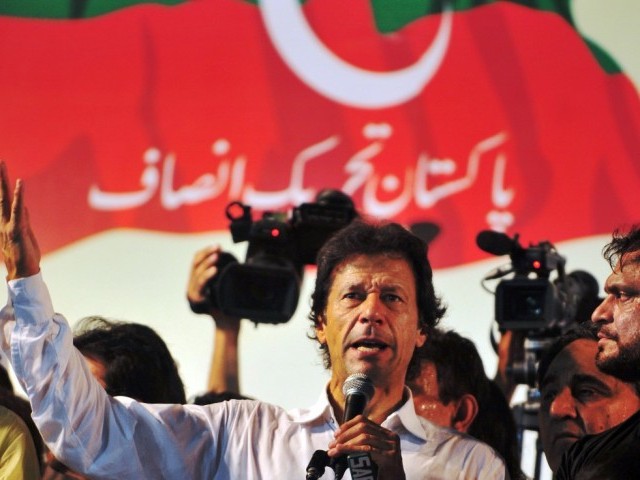 Khan said the US was blaming Pakistan for its failure in Afghanistan. Govt should reject all US aid. PHOTO: AFP/FILE

GUJRANWALA: PTI chairman Imran Khan reiterated on Sunday that the country needed a brave leader, and the War on Terror was benefiting the government instead of the people.

Addressing a rally in Gujranwala, Khan said that the War on Terror had cost Pakistan $70 billion and resulted in the loss of over 35,000 lives. He said the US was blaming Pakistan for their own failure in Afghanistan.

Referring to President Asif Ali Zardari, Khan said that the nation needed strong leadership unlike the present one that is not standing up to the US, despite all their allegations in recent times.

Khan said the government should reject US aid.

He said that if his party came into power, they would first reject US aid and fight this war on their terms. He added that it was this aid that was giving the miiltants the perception that we were fighting the US War on Terror and hence attacked us.

Speaking on the floods, he said that the president went to flood hit areas for a ‘photo opportunity’ and then disappeared.

Khan said that while the president was busy travelling the world and “amassing wealth”, it was the army that was fighting the insurgency in the tribal areas, controlling the situation in Balochistan, and the rangers who were conducting operations in Karachi.

On Waziristan, he urged the nation to unite against any possible US operation in the area. The US has been pressuring Pakistan to conduct an operation in North Waziristan to clear it of militant hideouts.

Khan said that come election year the people should not vote for a “coward leader”, as Pakistan was a dignified nation.

Khan said he would make an important announcement in the coming days and give the nation good news soon.

US senator says ‘all options on table’ on Pakistan