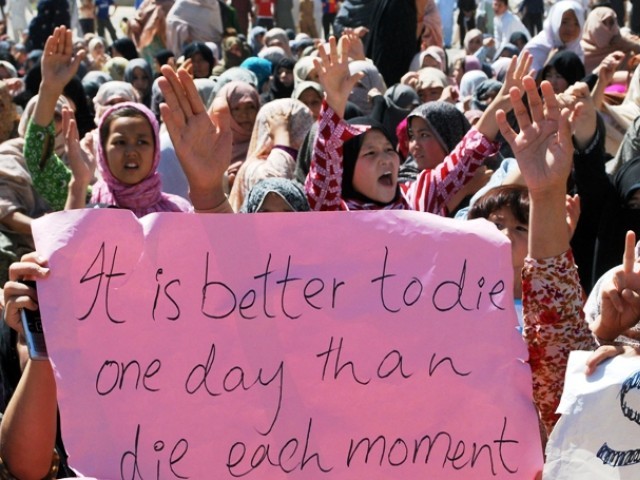 QUETTA: Chief Minister of Balochistan Nawab Aslam Raisani formed a committee on Thursday to probe the killing of 26 pilgrims in the Ganjidori area of Mastung on September 20.

The committee has been asked to present its report in 15 days.

Meanwhile, Home Minister Mir Zafarullah Zehri chaired a meeting in which he ordered the cancellation of routes of the company which was transporting the pilgrims.

The decision was taken because the company had not informed the authorities about its itinerary, which resulted in the authorities failing to provide security to the pilgrims.

It was also decided that two levies force squads will assist pilgrims during their future journeys. Transporters will now have to obtain a No Objection Certificate (NOC) from the concerned authorities before travelling.

At least 26 people were killed and six others injured in Ganjidori area of Mastung, about 30 kilometres southeast of Quetta, when a group of armed men attacked a passenger bus carrying Shia pilgrims from Quetta to Iran.

Hours later, three more people, hailing from the Hazara community, were gunned down near Akhtarabad area of Quetta as their rescue team made its way to the site of the bus attack. Two others were also shot.