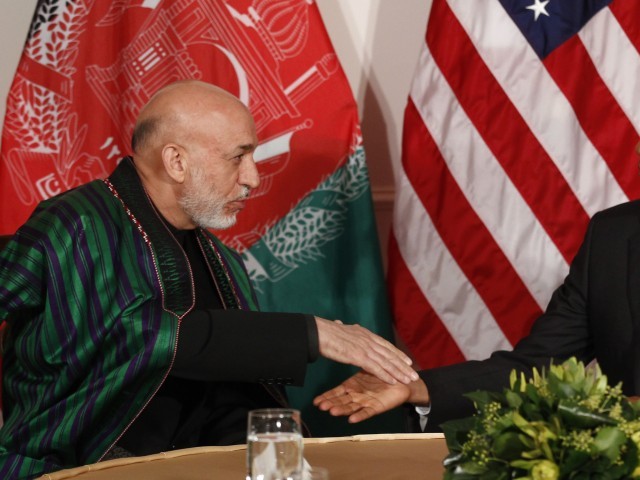 Afghan President Hamid Karzai said on Tuesday in his first reaction to the assassination of ex-president Burhanuddin Rabbani that Afghans would not be deflected from their path towards peace.

Rabbani was an “Afghan patriot who sacrificed his life,” Karzai said during talks with US President Barack Obama in New York, hours after the former Afghan president was killed by a Taliban suicide bomber in Kabul.

“This will not deter us from continuing down the path we have started,” said Karzai, who also thanked Obama for his expressions of condolence.

Obama called Rabbani’s death a “tragic loss” and “tragic news” as he met Karzai during his trip to New York for the United Nations General Assembly.

“He was a man who cared very deeply about Afghanistan.”

“We both believe that despite this incident that we will not be deterred from creating a path whereby Afghans can live in freedom, safety, security and prosperity,” Obama said.

After Rabbani’s killing prompted Karzai to cut short his visit to the United States for the United Nations General Assembly, his spokesman said.

Speaking in Kabul, Nato Secretary General Anders Fogh Rasmussen said that those behind Rabbani’s killing “will not prevail.”

“To those who offer only death and destruction to the Afghan people, our message is clear: you will not prevail,” Rasmussen said in a statement.