I felt I simply had to say someth­ing about some of the censur­es expres­sed over my last articl­e.
By Anwer Mooraj
Published: September 20, 2011
Tweet Email 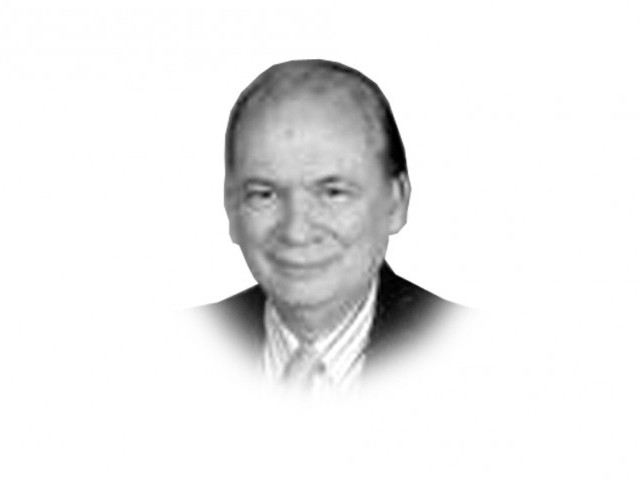 The writer served as executive director of the Pakistan American Cultural Center from 1990-2004 anwer.mooraj@tribune.com.pk

As a rule I do not comment on the reaction of readers to my columns.

Everybody has a right to express his or her opinion, and I respect this right. However, I felt I simply had to say something about some of the censures expressed over my last article in which the question was asked whether we still needed army intervention to quell the ethnic violence in Karachi. One would have thought that even the hawks in this neck of the woods would have by now had some sort of compassion for the victims of the senseless, ongoing massacre and would have welcomed the immediate introduction of a powerful deterrent, however temporary and unsavoury. I had no idea the piece would have elicited such a mixed reception. With the exception of Yassir who obviously has empathy for citizens afraid to leave their homes for fear of being riddled with bullets; a concerned citizen who wrote under the pseudonym of, Karachi Failure, and ‘Arzoo’, who always comes across as a sane, balanced commentator with a rare gift for expression and analysis, the other critics gave the thumbs down signal to involving men in battle fatigues.

I am nevertheless grateful to Nadir El-Edroos for his comments which were delivered with an abysmal seriousness. Unfortunately he misunderstood what I was trying to convey. At no stage did I advocate an army takeover. What I pointed out towards the end of my article was that if things got horribly out of hand and the civilian militia couldn’t handle the problem, the military would be called upon “to perform its patriotic duty”. There was really no alternative. Nadir then asked why nobody has suggested “revamping and fixing the institutions”. Why indeed. But who is going to do the revamping and fixing? Hillary Clinton? Mr Zardari? Mr Gilani? Or the SC CJ?

Then there was this other raspberry from Bilal who bluntly and remorselessly ticked off every suggestion to restore normalcy in Karachi. “We need justice not discipline…. The solution should be through civilian departments and institutional efforts…. We need to stress on making the police non-partisan,” he said with characteristic aplomb. Of course it should. But who is going to ensure that it does?

Bilal then continued in his philosophical tone. “Nations have to suffer to get things right. Don’t let this suffering go to waste by proposing short-circuit responsibilities of civilian institutions.

Instead hold them accountable.” Well, Bilal, the nation is suffering.

After 1,400 deaths Karachi is suffering and continues to suffer. On the day my column appeared the police discovered another eight body bags in different parts of the city. The Rangers-police tandem is doing what it can but in the ultimate analysis it is a serendipity that winks in the face of chance. One can only hope and pray that it works.

There were other dissenters in the anti-army league who stuck the final drawing pins on the board. “Let’s bring the political parties together.” This is one of the oldest chestnuts in a script of loosely strung, gaudy collection of paste clichés, truisms and trite suggestions delivered with eye-rolling credulity and a cute innocence.

The statement is not funny anymore, even if you’re on drugs. Bringing the political parties together in Karachi essentially means a rapprochement between the MQM and the PPP, who have gotten together, separated, reconciled, divorced and flirted at least three times, while the ANP has been watching with weary resignation. And each time there has been a reconciliation it has ended in a squabble over portfolios. And while these good citizens pontificate and cogitate about justice and the best way to bring matters under control the turf war continues.

The road much travelled — III