When are we going to open our eyes?

When are we going to open our eyes? 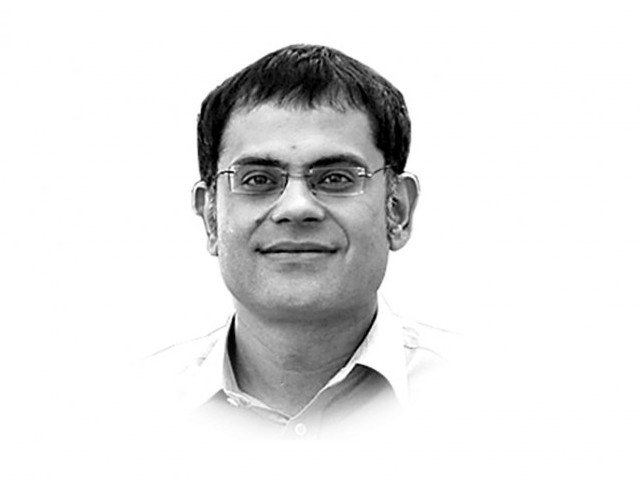 The writer is consulting editor, The Friday Times

Recent reports quote General Kayani saying that Pakistan-US relations are “good” and were “improving”. These remarks follow hectic parleys between various levels of Pakistani and US officials in the recent weeks. The zealous hyper-nationalists of Pakistan found aplenty in the Urdu press, among the TV anchors and right wing politicians, were surely weakening the case for Pakistan as it struggles to manage internal insurgencies and handle a war on its northwestern front. I recall that Pakistan’s ambassador to the US, Hussain Haqqani had pleaded for reason, not letting emotions override serious business like foreign policy. The security establishments’ engagement with the US counterparts, therefore, is nothing but a ‘realistic’ move to repair ties that need to be repaired. Without a cooperation framework how can Pakistan even think of succeeding to retain its influence in the region?

At a recent seminar in Islamabad, organised by the Centre for Civic Education, a speaker remarked that the most illustrative aspect of Pakistanis resilience was the ability to survive, despite cognitive dissonance. Our civil-military elite have nurtured cognitive dissonance for decades, leading to a widespread disturbance of thinking and perception of reality. Our leader of the opposition in the parliament, who thunders against the US at the drop of a hat, was rattled by a WikiLeaks cable that exposed how his family members were US citizens! He organised a press conference and defended his anti-Americanism. A good psychologist would decipher the language used by the maverick politico and identify how he, not unlike many others, intensely suffers from cognitive dissonance.

Forget the leader of the opposition. The great polemicist, Qazi Hussain Ahmad of the Jamaat-i-Islami, who leaves no opportunity to identify and condemn ‘agents’ sent his children to the US for college. Reportedly, few of his children are also US nationals. His credibility would have nosedived, if there were a rational media and a rule-based society. Not in Pakistan, where lame and indefensible explanations of this untenable situation will be cited by the apologists.

Our view of India in the public domain also suffers from royal hypocrisy. A leading TV anchor held special programmes on the invasion of ‘Indian culture’. The same media group is venturing to build peace efforts with the ‘enemy’. It is beyond ironic that the TV channel regularly airs Bollywood films, dance and music shows — exactly the kind of stuff, which is threatening the ‘Ideology of Pakistan’ — a perennial refuge for numerous scoundrels in the country.

The anti-Americanism paranoia about India, imagined plots to steal our nuclear weapons and the ultimate ‘terrorists-cannot-be-Muslims’ mantra have entered the popular imagination of Pakistanis. These days, there is an overt attempt by several analysts, opinion-makers and even academics to rationalise conspiracy theories. Reportedly, a UK-based Pakistani academic delivered a talk at a Karachi seminar, rationalising the conspiracy theory that the infamous Blackwater (a US contractor) was responsible for attacks on mosques and shrines in Pakistan.

This is no longer a laughing matter. It is a serious state of collective denial that needs to be unpacked and rectified for our long-term stability and survival. This will lead us nowhere: we deny that there is violence against women, we deny that there is rampant child abuse; and we reject that we have allowed for a large section of society to get radicalised in the recent decades. We deny that our textbooks are poisonous for young minds, for the hate they spread, and we refute that sermons given in the name of a peaceful religion actually talk about killing non-Muslims. Above all, there is a widespread denial that minorities of Pakistan are increasingly under attack, including the Shias, Ahmadis, Zikris, and not just non-Muslims.

Nation-states, which take mythologising the past and present a bit too far, start to disintegrate. In 1971, we witnessed one such moment. Such geographical dismemberment is not likely but what will happen when a country and its elite are suffering from doublespeak, rank opportunism and hypocrisy?