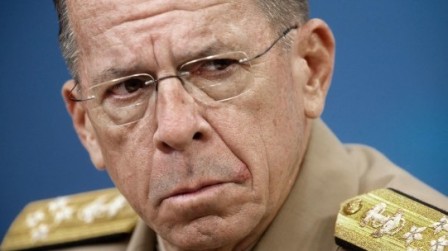 WASHINGTON: The United States is working hard to regain Pakistan’s trust following years of estrangement in the pre-9/11 period, but the effort is going to take time, according to America’s top military officer.

At the same time, Mullen added in an interview at Aspen Security Forum Colorodo, “I’ve seen significant commitments in the whole of (US) government.”

The military leader also acknowledged that Pakistan makes extraordiarny efforts to ensure the safety of its prized nuclear assets.

Strong relations with Pakistan are important to stamping out terrorism in Afghanistan and Pakistan that threatens the United States, Mullen argued, according to Pentagon.

The admiral noted that he recently returned from his 18th trip to Pakistan since becoming chairman.

“I believe the leadership in Pakistan recognizes the importance of how it all turns out in Afghanistan,” he stated.

“We are in agreement that Afghanistan needs to be stable and peaceful. How we get there and the long-term commitment is critical. That’s a huge part of the engagement strategy with Pakistan.”

The US and Nato strategy in Afghanistan is to dismantle the leadership of al Qaeda to make the terrorist group ineffective. “And the al Qaeda leadership resides in Pakistan,” Mullen claimed.

Improving US-Pakistan relations that ebbed sharply in the 1990s, in the wake of the Soviet pullout from Afghanistan as a result of US-assisted fight by the Mujahideen, is important also in light of Pakistan’s nuclear arsenal, Mullen noted. He said he has discussed the issue with Pakistan army.

“These are the most important weapons in the Pakistani arsenal. That is understood by the leadership, and they go to extraordinary efforts to protect and secure them. These are their crown jewels. As much as we are focused on this (terrorism) threat (on the western border) and the Pakistanis are more than they used to be, they see a threat in India (on the eastern border) and (having nuclear weapons) is their deterrent. They see this as a huge part of their national security,” he remarked.

As for efforts by Iran and North Korea to obtain nuclear weapons, Mullen described a different situation.      “There isn’t any reason to trust (Iran),” he said. “There is an uncertainty associated with Iran that is very consistent with Iran for a long time.”

North Korea’s desire for nuclear weapons and its increasing aggressiveness — it sank a South Korean naval ship in March, killing 46 sailors — are cause for concern, the chairman said.

Mullen said he’d put North Korea at the top of the list of nuclear proliferation concerns.

It is important to continue sanctions against Iran, North Korea, and other countries that ignore international law on nuclear weapons, Mullen said.

No relief in gas loadshedding