The self-confes­sed killer says he wanted to kill all of the teache­rs who had failed him repeat­edly.
By Azam Khan
Published: September 7, 2011
Tweet Email 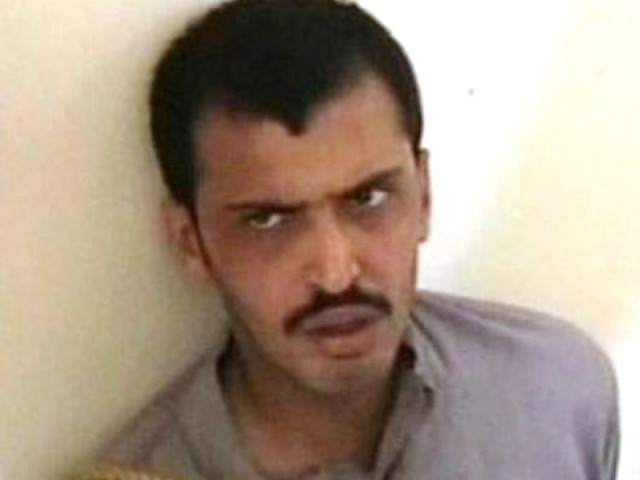 The self-confessed killer says he wanted to kill all of the teachers who had failed him repeatedly.

Campus violence, which has been growing over the years, reached its climax in Rawalpindi on Tuesday morning when a student who had failed several times in the examination shot dead the vice-principal of a private university.

The self-confessed killer later admitted in his statement to the police that he had planned to kill all the teachers who were responsible for his repeated failure in the examination.

Panic gripped the campus after Shahzad, who is a married man with a six-year-old boy, went on a shooting spree inside the campus at around 10am, targeting other officials and teachers. One managed to dodge the bullet by moving out of the firing line, while another official had a lucky escape when the bullet missed its target.

Terrified female students were told to leave the campus immediately and soon after the police were called.

The suspected killer tried to escape by topping a boundary wall of the university after committing the crime, but he was overpowered by the students and officials of the university and handed over to police who came 15 minutes after the incident.

Shahzad asked the police not to handcuff him as he would not run away. He said he was in his senses when he committed the murder.

“I had made the plan last night to kill all of my teachers” admitted the self-confessed killer of Brigadier (retd) Sanaullah, who had joined the college in 1995 as Professor of Community Medicine.

The body of the slain vice-principal was taken into custody by the police and shifted to Pakistan Institute of Medical Sciences.

According to witnesses, after parking his car outside the main entrance, Shahzad, who has been on the rolls of the university for the past nine years, entered the campus with his weapon unhindered. He was not wearing the university uniform but since he was a familiar face he was let in without any checking.

“What followed was unthinkable. No one knew what he was up to,” said the Senior Manager Mian Ramzan.

He went to different departments on the campus before finally entering the office of the vice-principal, who was busy working on his computer. He shot the VP at point-blank range, killing him on the spot, said an eyewitness.

RIU Public Relations Officer Sady Ahmad said that Shahzad, who belongs to Rahim Yar Khan, had been enrolled in the university since 2002. He had repeated his fourth year four times, added the official. Another official added that Shahzad had earlier been expelled from the institution, but enrolled again after his two sisters, who also study in the same campus, pleaded with the university administration.

According to university policy as explained by the Principal Masood Nasir, a student who has passed the first two years of his programme cannot be expelled forever. There can be no other motive behind this unfortunate incident, added Nasir.

An official of the university informed The Express Tribune that Shahzad was suffering from depression and had attempted suicide in the past. He added that his mental state was questionable.

Another official said that Shahzad was not serious in his studies and twice returned blank papers to the examiners.

A colleague of Shahzad said that his attendance record was deliberately destroyed due to which he was expelled from the college. Later, he made a plan to teach his teachers a lesson, he said.

SSP Operations Rawalpindi Yasin Farooq told the media that apparently the student killed his teacher due to his failure in examinations but, he said, the police were investigating the matter from different aspects.

Some officials have also hinted towards personal issues between the teachers and the students but the university administration denied these allegations.

Located on Peshawar Road in Rawalpindi, RIU was established in 2002 by the Islamic International Medical College Trust (IIIMCT) and given charter by the Higher Education Commission.