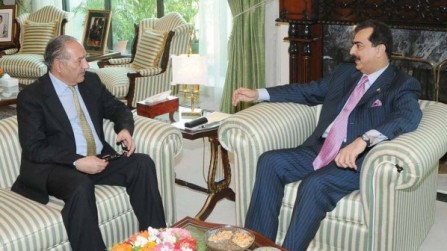 He said this while talking to Defence Minister Chaudhry Ahmed Mukhtar at the Prime Minister House in Islamabad.

Gilani said the world has recognised the critical role played by Pakistan in the war against militancy and congratulated the defence ministry on the induction of new F-16 jets into the airforce fleet.

Gilani said regional cooperation should be enhanced for the socio-economic development of all the countries.

The foreign minister briefed Gilani on the recently held foreign secretary level talks between Pakistan and India. He also talked about meetings with the Afghan foreign minister and the Indian Home Minister.