The designated Chief of Army Staff of the Pakistan Army, General Asim Munir Shah called on the Prime Minister of the Islamic Republic of Pakistan. pic.twitter.com/6rcwRirjib

The premier congratulated General Sahir and General Asim, wishing them well for their new responsibilities.

"It is hoped that under your leadership, the armed forces will effectively deal with the challenges facing national security and will continue to play an important role in eradicating the menace of terrorism from the country," the premier was quoted as saying by the PMO.

The designated Chairman Joint Chiefs of Staff Committee of the Pakistan Armed Forces, General Sahir Shamshad Mirza called on the Prime Minister of the Islamic Republic of Pakistan. pic.twitter.com/Xp4FizmqPj 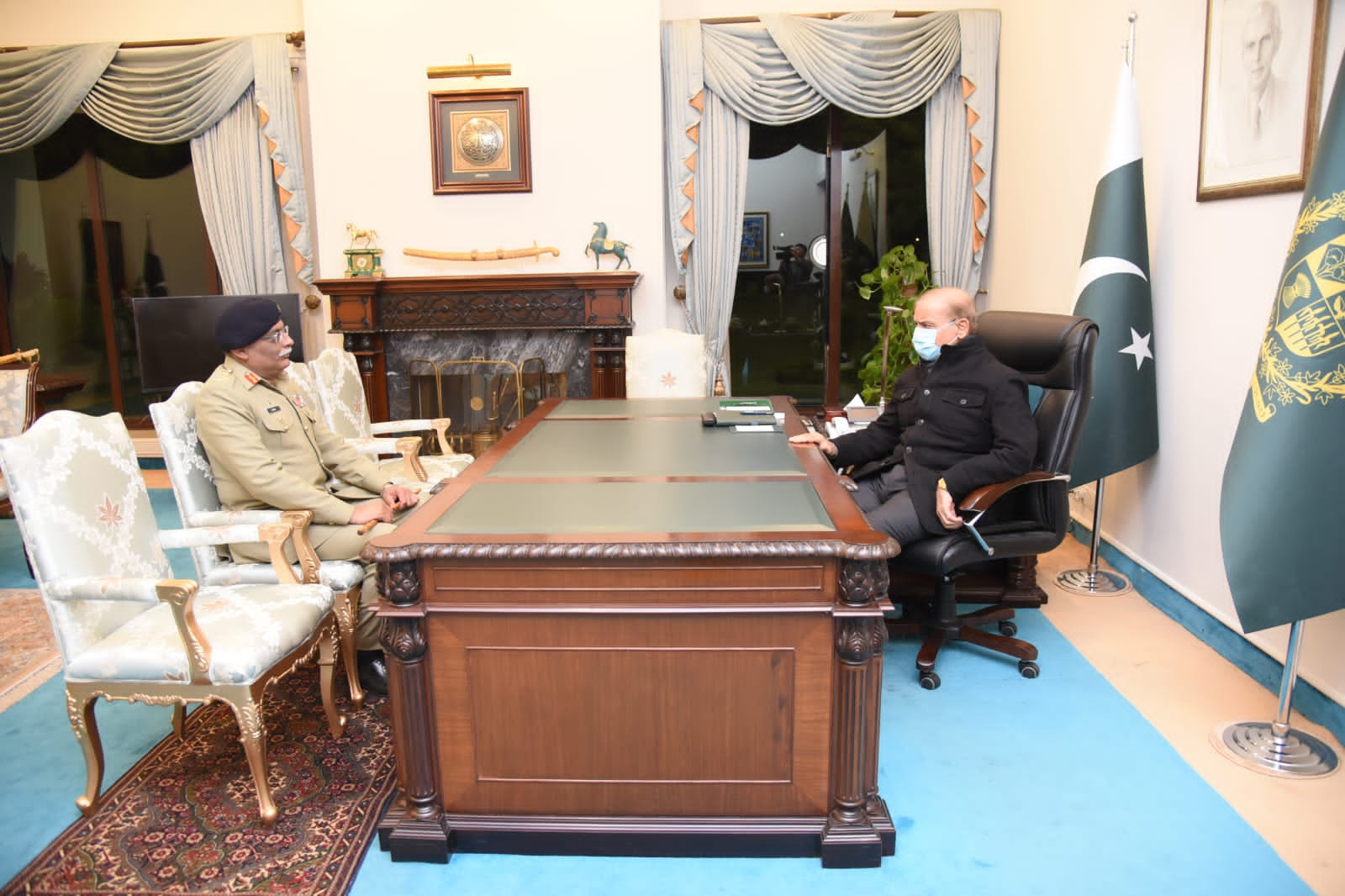 Meanwhile, President Arif Alvi also held separate meetings with the COAS and the CJCSC at the Aiwan-e-Sadr. President Alvi congratulated Gen Sahir on his promotion as General, and appointment as Chairman Joint Chiefs of Staff Committee with effect from November 27.

He also congratulated Gen Asim on his promotion as general, and appointment as Chief of Army Staff with effect from November 29.

The president expressed his best wishes for their success as the CJCSC and the COAS.

Earlier, President Alvi approved the summary sent by PM Shehbaz for the appointment of Syed Asim Munir as the next army chief and Sahir Shamshad Mirza as the new Chairman Joint Chiefs of Staff Committee, ending days of speculations.

General Syed Asim Munir has diversified experience in the army. He has served as Corps Commander Gujranwala. He was also the DG ISI from October 2018 to June 2019. His short stint as head of the premier intelligence agency raised many eyebrows.

It was said at the time that then-prime minister Imran Khan was not happy with him since he was believed to have brought the alleged corruption of his wife to his notice. Imran was also thought to have been irked by Gen Asim’s resolve to go by the book.

Gen Asim also served as DG Military Intelligence. He was considered as a frontrunner as the government has indicated that the principle of seniority would take precedence this time in the appointment of a new chief.

Read: Govt has other plans if Alvi delays COAS’ summary

Lt Gen Sahir Shamshad Mirza was the second on the seniority list. He is Corps Commander Rawalpindi. He also served as Chief of General Staff (CGS), a key position most army chiefs held in the past.

CGS is known as the de facto army chief since he heads both the operational and intelligence directorates in the army. In simple words, every file in the army goes through his table.

Previously he served as Director General Military Operations. General Sahir has an interesting personal background. He lost his parents at an early age. He rose to this position with sheer hard work and struggle.

It is said that he mentioned his unit in the parents’ column. Those who know Gen Sahir closely say he enjoys a good reputation in the army. He is not involved in any controversy and there is not much debate about his candidature.

President Alvi in Lahore to consult Imran over COAS appointment

I’m in touch with Alvi on COAS pick: Imran

COAS name to be finalised before Shehbaz leaves for Ankara: Asif