In Doha on two-day visit; Shehbaz seeks investment in energy and aviation sectors

Prime Minister Shehbaz Sharif assured the Qatari investors on Tuesday of the Pakistan government’s full support in deepening their footprints in Pakistan and urged them to explore the opportunities presented by the China-Pakistan Economic Corridor (CPEC).

Shehbaz arrived on Doha on a two-day official visit. On the first day of his visit, he interacted with the prominent Qatari and Pakistani business leaders at a ‘Pakistan-Qatar Trade and Investment Roundtable’ besides a meeting with the Qatar Investment Authority (QIA) officials.

Meanwhile, at the QIA – one of the largest sovereign wealth funds in the world -- Prime Minister Shehbaz invited investors from Qatar to invest in Pakistan’s energy, aviation, agriculture, livestock, maritime, tourism and hospitality sectors.

Had a busy day in Doha today, which was dominated by candid discussions on trade, investment & economic cooperation. In today's world, all facets of a bilateral relation b/w the nations should convert into mutual dividends. I look forward to fruitful outcome of the visit. 🇵🇰 🇶🇦

Lauding Qatar’s rapid economic development under the visionary leadership of Qatar’s Amir, the prime minister reiterated that Pakistan wanted to upgrade the traditionally warm political ties between the two countries into a comprehensive economic partnership.

May you be successful our Prime Minister 🇵🇰🇶🇦
Thank you Qatar for standing by Pakistan. pic.twitter.com/u4UvQu0hA7

As part of the event, a number of presentations were made by the relevant ministries, highlighting the potential of foreign investment in the fields of food security, energy, maritime, aviation, hospitality and tourism sectors.

The QIA officials expressed their readiness to actively pursue investment opportunities in Pakistan. The prime minister appreciated the QIA’s rejuvenated interest in investing in the country. It was agreed that designated focal persons on both sides would closely follow-up on the key proposals for investments.

Shehbaz travelled to Qatar in hopes of attracting trade and investment for the country, his office and aides said in Islamabad. They added that he was expected to offer the opportunity to manage Pakistan's airports and hoped to secure energy deals.

Pakistan also hoped to seek a deferred payment plan for the liquefied natural gas (LNG) bought under long-term deals. Earlier on Monday, the federal cabinet approved a draft agreement that allowed the Pakistan Army to provide security at the FIFA soccer World Cup in Qatar this year.

Before his departure, Prime Minister Shehbaz Sharif said on his official Twitter account that Pakistan wanted to transform its historical bilateral relationship with Qatar into a “more robust strategic relationship”.

He added that during his interactions with market and business leaders, he would highlight the “exciting investment opportunities” in Pakistan’s various sectors such as renewable energy, food security, industrial and infrastructure development, tourism and hospitality. 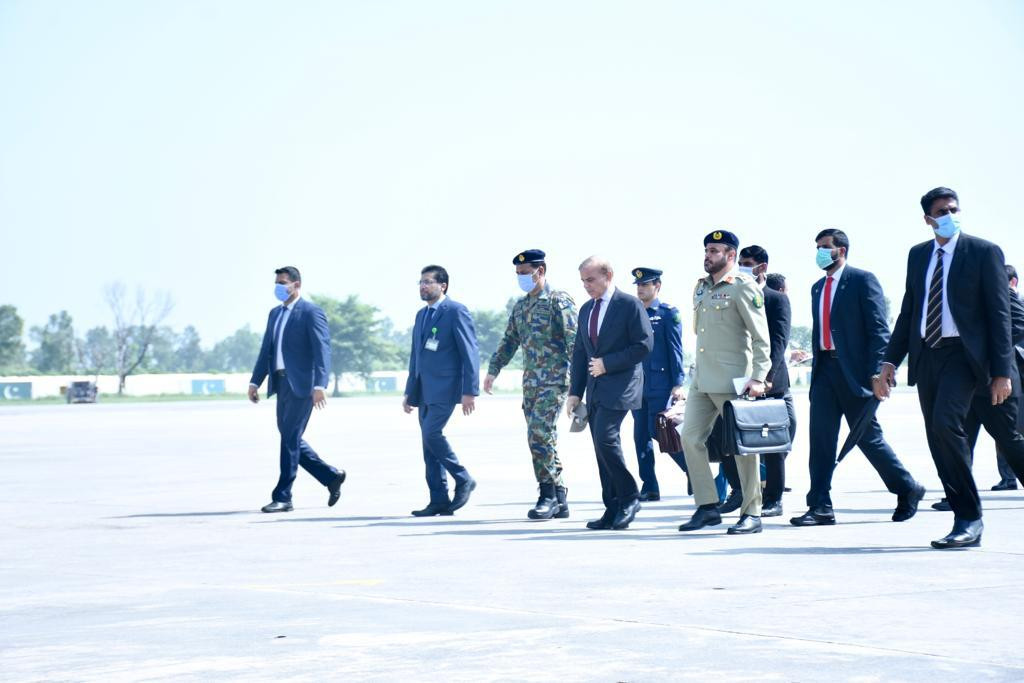 “Leaving for Qatar today at the invitation of my brother HH Sheikh Tamim bin Hamad Al-Thani.

The visit will renew the bond of brotherhood & friendship between our two countries,” the prime minister wrote in a Twitter post before his departure.

PM to leave for maiden visit to Qatar tomorrow

US economy, inflation and implications for Pakistan