Rescue and relief efforts by the Provincial Disaster Management Authorities (PDMA) and other provincial institutions are underway in various inundated areas of Punjab after heavy rains lashed the region.

According to a PDMA spokesperson, the disaster management authority and the provincial administration are using all resources to evacuate those affected by the flood and inundated areas are being monitored constantly.

“Practical steps are being taken to ensure the safety of people's lives and property”, the spokesperson claimed, adding that all possible assistance was provided to the flood victims. 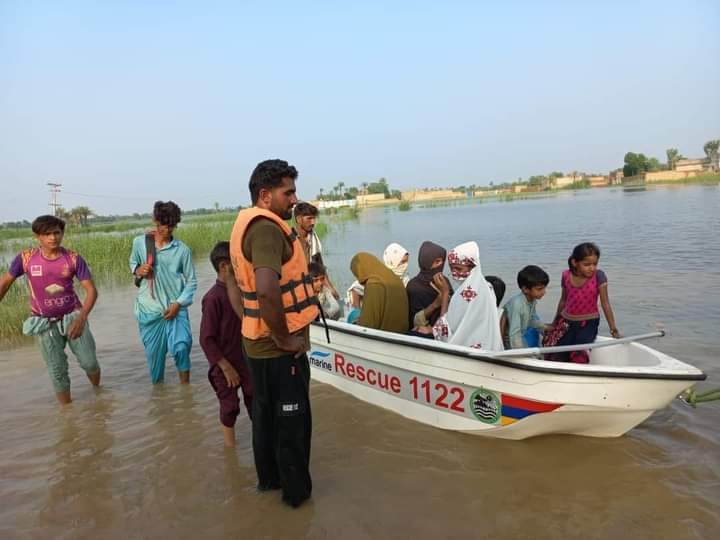 “The process of providing medical treatment and livestock facilities to flood victims is underway”, the spokesperson added.

Moreover, according to the instructions of the Punjab government, the relief commissioner of Punjab, director general of the PDMA and other provincial secretaries were present in the inundated areas to supervise the ongoing efforts. 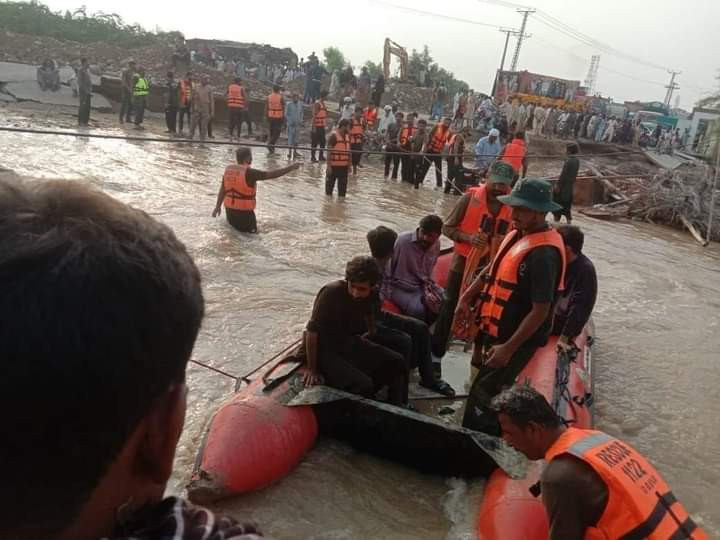 No flooding in Ravi

The PDMA stated that there was a decrease in the water levels of the Ravi River and that the flow of water remained “normal”.

The authority maintained that water level was around 23,000 cusecs, while the water level recorded at Shahdara and Balloki were 19,496 cusecs and 24,835 cusecs respectively.

“If India does not release more water in the Ravi, there will be no risk of flooding,” the PDMA said. 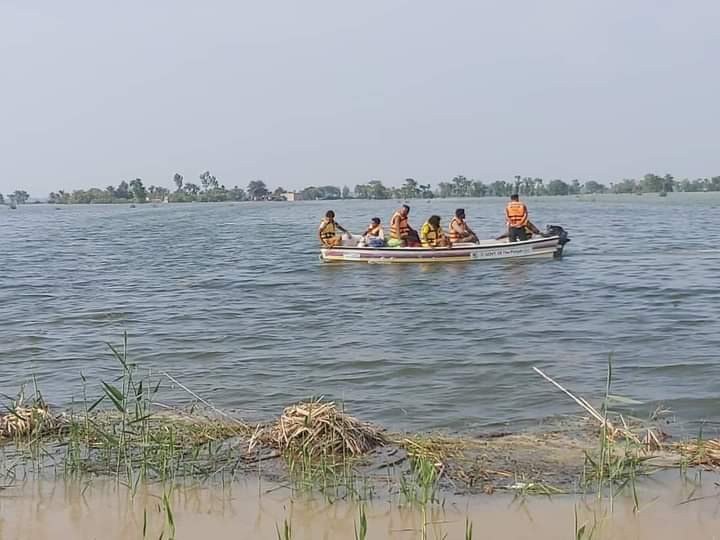 The Pakistan Air Force (PAF) is also conducting relief and rescue operations in the affected areas.

"Food and medical facilities are being provided round the clock to the affected families by the relief teams of PAF," said the force's spokesperson.

"As a humanitarian gesture, 12,155 pounds of basic food items and commodities were distributed amongst the needy families. Moreover, 939 patients were also attended by the paramedical team of Pakistan Air Force."

On Monday, India had released 170,000 cusecs of water into the Ravi River after which the Punjab PDMA had indicated a low-level flood risk in the upstream areas. An increase of 10,000 cusecs was seen in the flow due to the passage of the water released by India near Lahore on Wednesday morning.

However, the flood risk was averted as the river flow remained normal after water was released by India in the Ravi passed areas near Lahore.

Over 200mm rain expected in Hyderabad

US to give Pakistan aid for 'immediate disaster relief'

Risk of flood near Lahore averted

Punjab on high alert as India releases floodwater in Ravi