A view of the first spell of monsoon rain, in Karachi on June 22. SCREENGRAB
SINDH:

The Pakistan Meteorological Department (PMD) on Wednesday forecasted that the current monsoon spell in Sindh will affect the province till July 27, after which it will weaken and will shift to the upper and central parts of the country.

Sindh and Balochistan have been battered by heavy rainfall in recent days which inundated towns and cities across the region and destroyed infrastructure and standing crops. Karachi received more than 200mm of rain over a three-day spell which left most of the metropolis underwater. 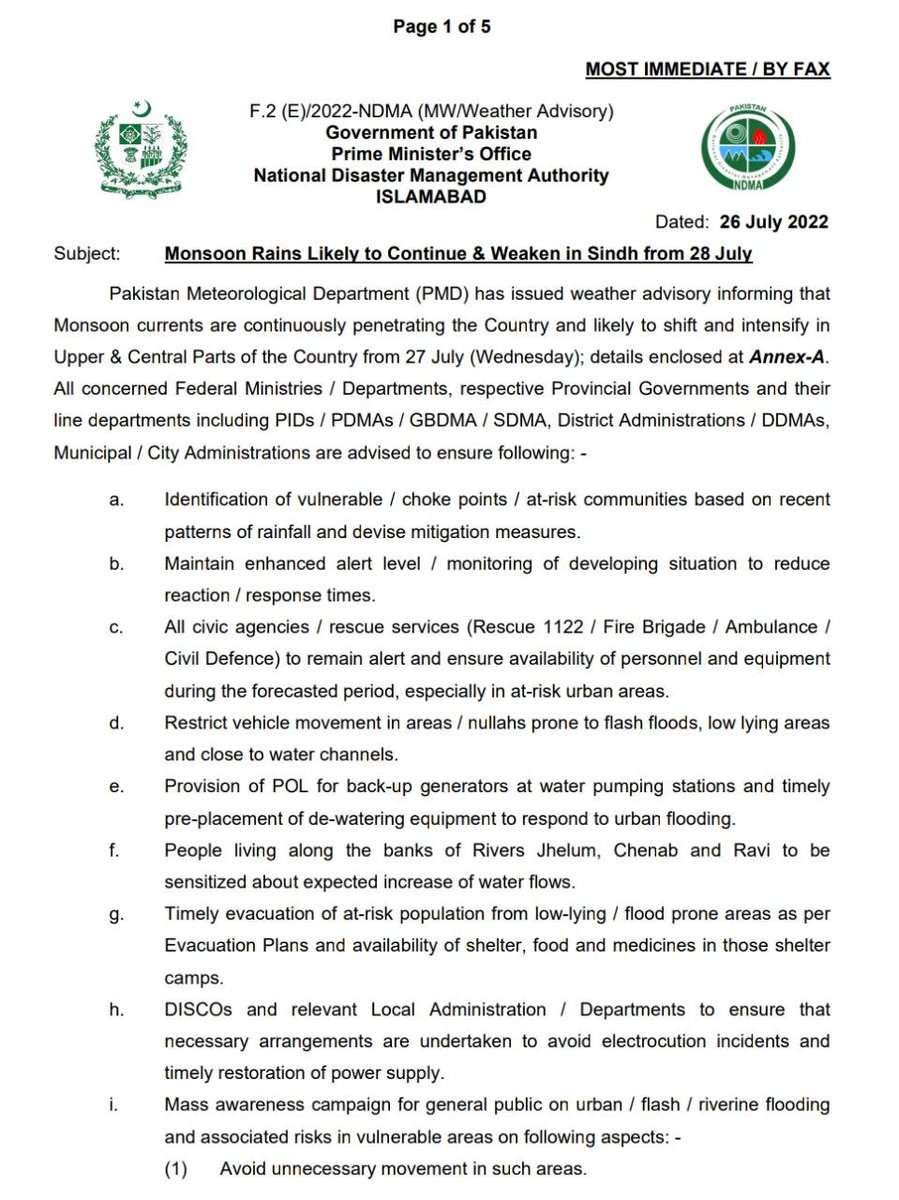 The PMD has now stated that "monsoon currents are continuously penetrating the country and likely to shift and intensify in upper and central parts of the country from July 27 (Wednesday)".

In its weather advisory, the PMD has urged relevant departments to ensure preparations for the coming rains to mitigate human and property losses.

Authorities have cautioned that these winds may generate heavy rains and there was a risk of inundation of low-lying areas in Rawalpindi, Faisalabad, Lahore and Gujranwala, besides flooding in the hills and rivers of Dera Ghazi Khan from July 27 to July 31. 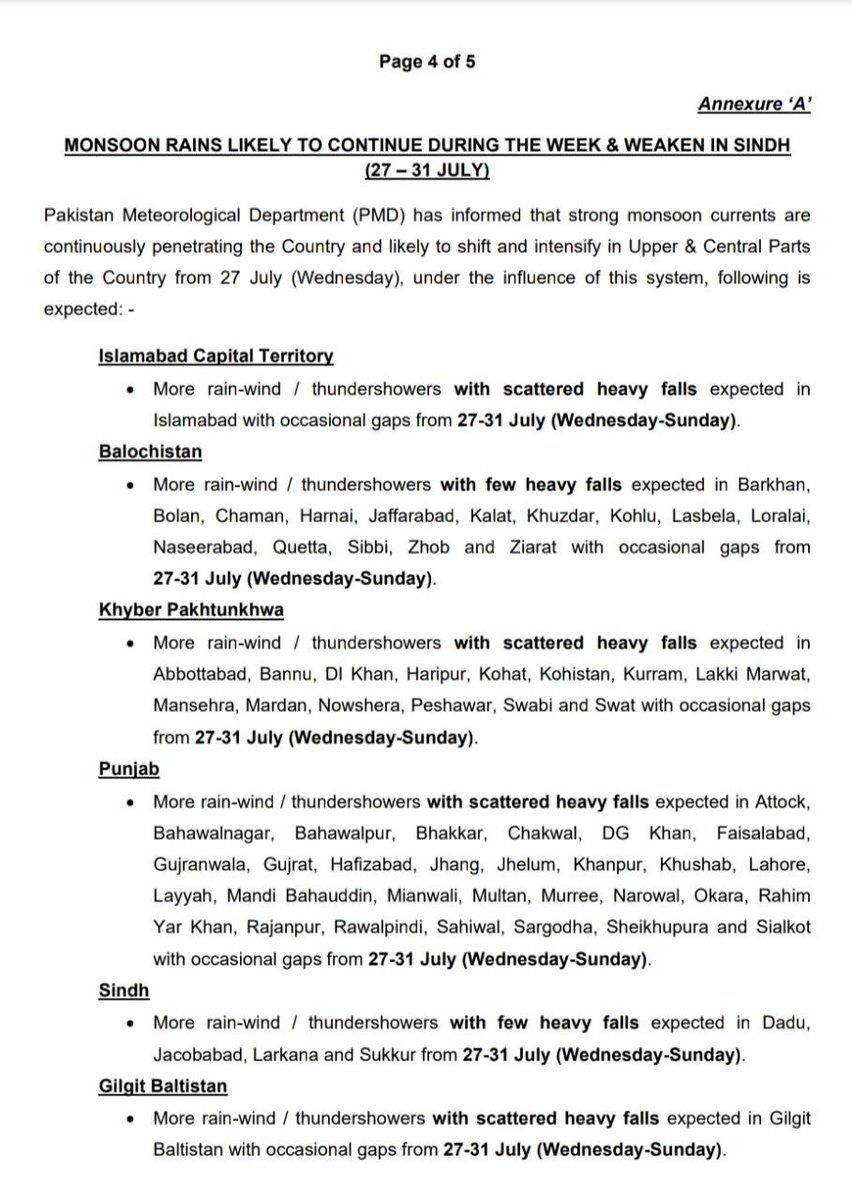 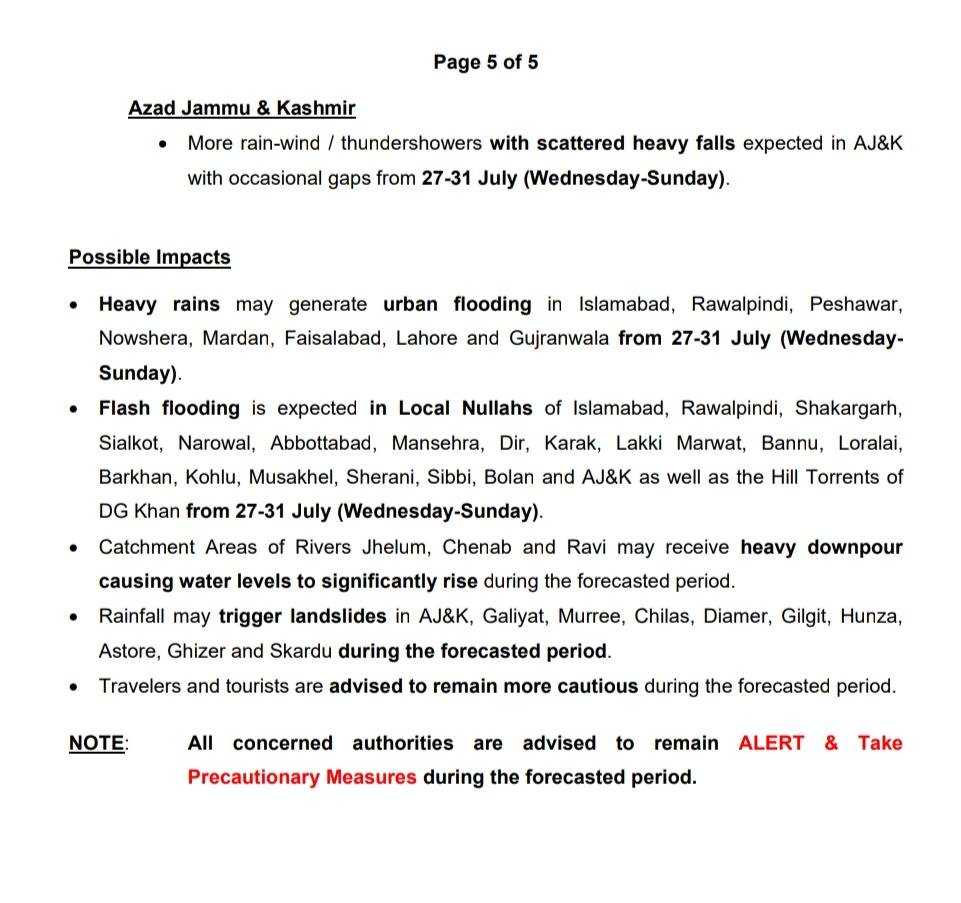 As the spell of “abnormal” monsoon rains continues to lash the country, the Provincial Disaster Management Authority (PDMA) has issued a low-medium flood alert for the Chenab river, asking all concerned districts to stay on high alert and take precautionary measures to protect the populations in the adjacent districts.

Amid surging water levels in the rivers, the authority said that according to the report of the flood forecasting station, there was a possibility of a low-medium flood.