Pakistan 'will not default', assures Miftah

CCPO Lahore Bilal Siddique Kamyana, DG Anti-Corruption Abdul Jabbar and DPO Jhang Sardar Ghias Gul Khan were relieved of their duties “with immediate effect” on Wednesday morning, according to a notification issued by the government of Punjab. 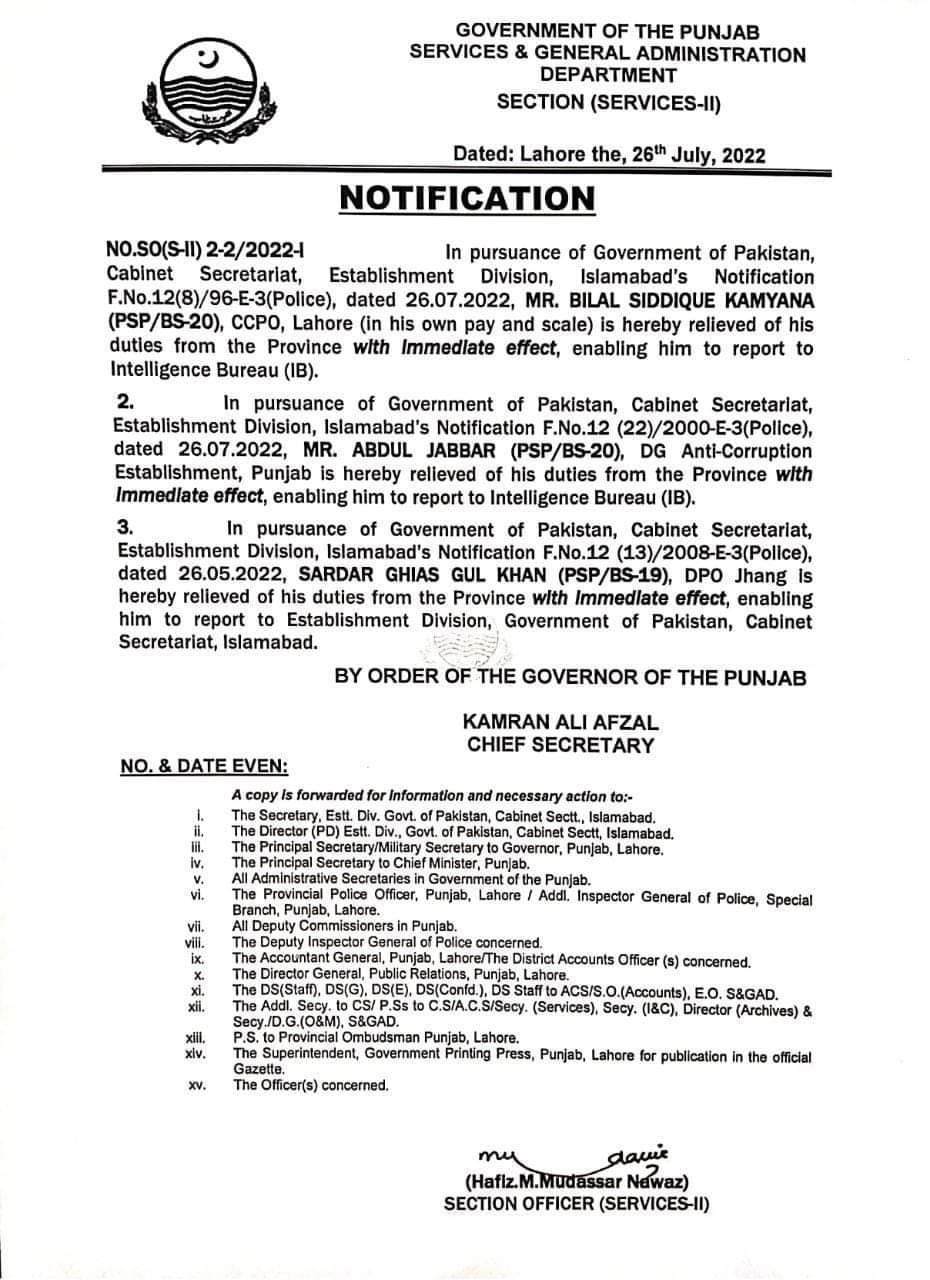 Reportedly, the Pakistan Tehreek-e-Insaf (PTI) government was annoyed with Kamyana over the police's heavy-handedness in dealing with PTI supporters when they participated in the 'Azadi March' to the capital in May, a month after the no-confidence motion sent former prime minister and party chief Imran Khan packing.

Read PTI made every effort to influence judiciary: Sharjeel

The move comes after Punjab saw yet another dramatic turn of events late last night. Hours after the Supreme Court had struck down the Punjab Assembly deputy speaker’s ruling, President Dr Arif Alvi administered the oath of provincial chief executive to PTI candidate Chaudhry Pervaiz Elahi at the President House at 11.30pm on Wednesday.

On July 19, the National Accountability Bureau (NAB)-Lahore had summoned former first lady Bushra Bibi’s close friend Farah Khan, her husband Ahsan Iqbal Jamil and Chaudhry Majeed, along with 19 others, in the assets case against her.

Current account deficit narrows down by 42% in Aug this year

Sultan, in a social media post, shared she had to 'endure infidelity, blackmail and degradation'

Sultan, in a social media post, shared she had to 'endure infidelity, blackmail and degradation'

In the audio, the famous writer and a married woman were planning to meet but couldn't due to the latter's husband

FCA to be recovered in next six months

Duty of CJP to ‘lead us all together’: Azam

PIA has announced a relief package for passengers going to China

Why is climate change so devastating for us …

Pakistan’s positive relevance in relations with the US