Sri Lanka's colonial-era presidential palace has embodied state authority for more than 200 years, but on Sunday it was the island's new symbol of "people power" after its occupant fled.

Thousands of men, women and children were pouring into the imposing state mansion queuing to sit on President Gotabaya Rajapaksa's chair on the upper floor while children and parents banged on a grand piano downstairs. 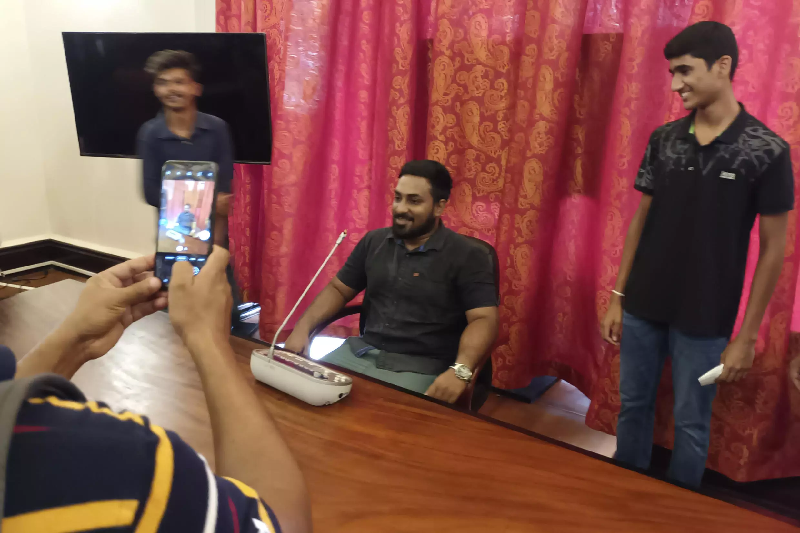 In the imposing "Gordon Garden" park of the palace, chuckling families enjoyed a picnic lunch as shaven-headed Buddhist monks in saffron robes marvelled at the marble floors and central air conditioning.

"When leaders live in such luxury, they have no idea how the commoners manage," monk Sri Sumeda told AFP after travelling 50 kilometres (30 miles) to visit the palace for the first time.

"This shows what can be done when people decide to exercise their power."

Sri Lanka, once a relatively wealthy economy, is in the throes of an unprecedented crisis with hyperinflation and critical shortages of essentials like food, fuel and medicine. 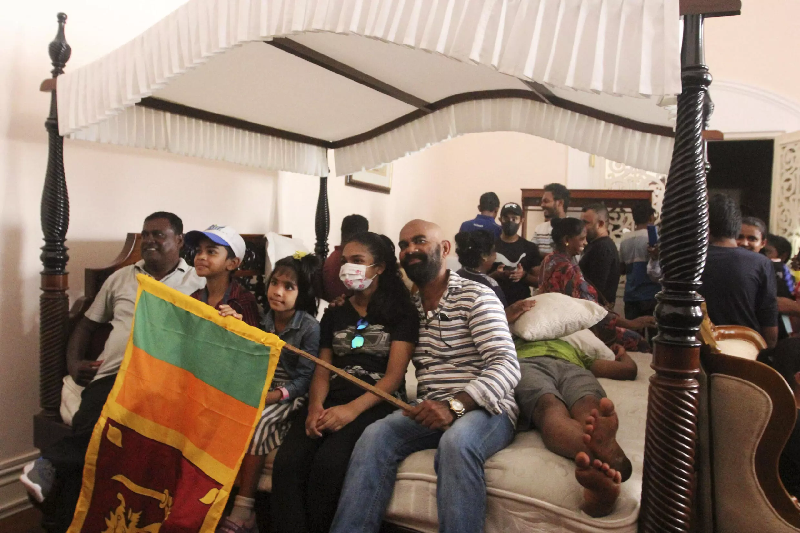 Protesters have been calling for months for Rajapaksa, part of a powerful clan which has dominated politics for decades, to quit.

Rajapaksa, 73, fled the presidential palace on Saturday using a back entrance under military cover.

This was minutes before tens of thousands of protesters breached the iron gates despite the presence of police with live ammunition, tear gas and water cannon.

On Sunday he was holed up in a navy ship offshore and has said he will resign on Wednesday.

On Sunday, heavily armed presidential guards were still around, but this time mingling with the new visitors and even posing for selfies with those now controlling the new corridors of power. 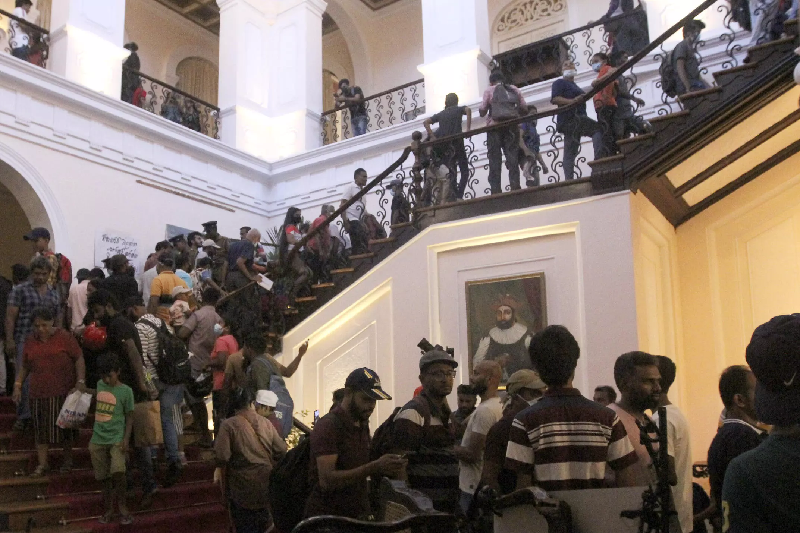 There was lighthearted banter as families scrambled to take pictures in front of expensive art works or other artefacts still on display.

"Dont damage the paintings, they were not done by Gotabaya," read hand-written signs put up by university activists in the forefront of the people-power drive known as "Aragalaya", or struggle.

Shortly after the capture, many dived into the presidential pool to cool off, but on Sunday the waters had turned murky and only a handful were willing to dive in.

Buddhika Gunatillaka, 46, rode his motorcycle from a suburb of Colombo to visit the imposing building which had remained largely off limits for commoners.

"I used up the petrol I have saved to make the trip with my wife because you will never get this chance to visit the most important residence in Sri Lanka," Gunatillaka told AFP.

Painful reminders of the struggle remained.

Two police water cannon sat along the short stretch of road leading to the palace. Bullet holes were visible on a perimeter wall after troops fired to discourage a surge of the protesters on Saturday.

At the nearby Presidential Secretariat, Rajapaksa's office, protesters have broken down the iron fences and captured the main lobby where they opened a makeshift library on Sunday.

"I have been visiting the protest camp every day and I will not stop until Gotabaya actually leaves office," said 49-year-old Chamari Wickremasinghe, a mother of two daughters.

"We are not going to leave here," she said while occupying the lobby of the Presidential Secretariat that until 1982 was the national parliament. "The promise to go by July 13 is not enough. He should quit now."

Library curator Supun Jayaweera, 33, said they were putting out about 8,000 general reading books in Sinhala, Tamil and English and hoped visitors would make use of them. All were donations from people supporting the struggle. 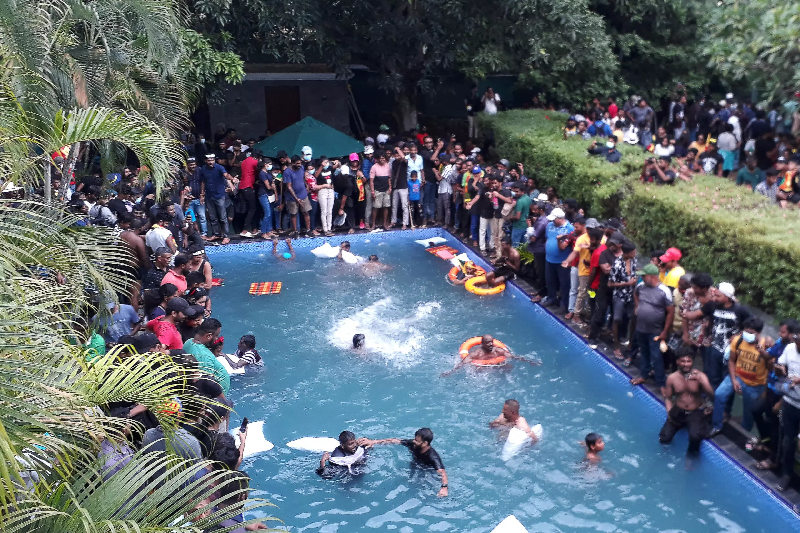 On the 35 steps leading to the former parliament building overlooking the Indian Ocean, families were enjoying a day out. Volunteers were offering food to protesters as well as security forces.

A lone student activist was rousing visitors with anti-Rajapaksa chants as the crowds continued to pour in despite a shortage of fuel that has brought public transport to a halt for days.

"I hope what happened on Saturday will serve as a reminder to future politicians. You can't suppress the people forever. They strike back," Gunatillaka said.

Sri Lanka president to step down, parliamentary speaker says, amid storm of protests