Officials were under legal duty to provide full support to me, says acting speaker

"I am the acting speaker and it is my constitutional obligation to conduct the election of the chief minister Punjab in a peaceful and transparent manner," the suspension order stated.

Mazari said in the order that the secretary and secretarial staff particularly the said officers were under a legal duty to provide full support and facilitate him in the discharge of his constitutional duty. 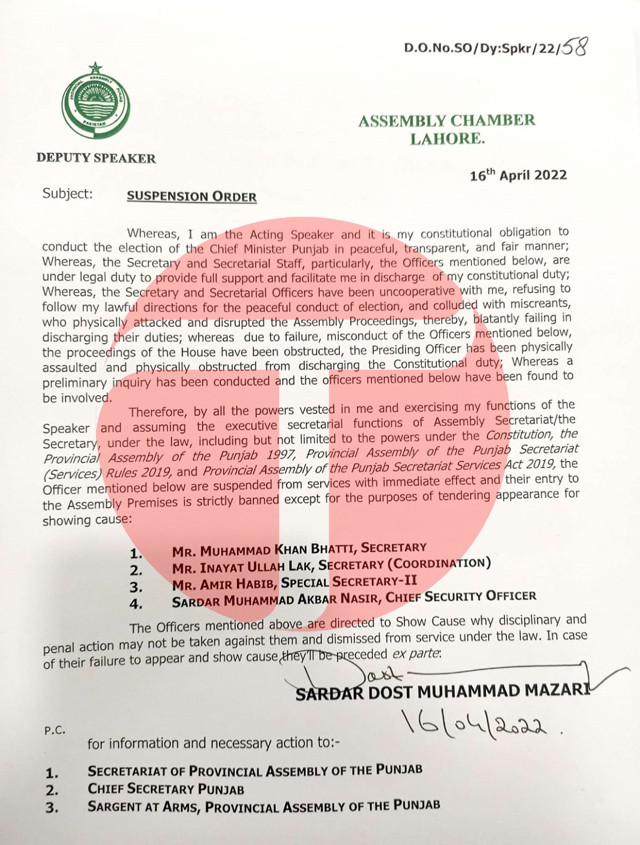 He said that the officials colluded with miscreants who physically attacked and disrupted the assembly proceedings thereby blatantly falling the proceedings of the House have been obstructed.

"The presiding officer has been physically assaulted and physically obstructed from discharging the constitutional duty whereas a preliminary inquiry has been conducted and the officers mentioned above have been found to be involved."

Politicians react to attack on Mazari during Punjab Assembly session