Penthouses in North Korea are mainly for the unfortunate few

Israeli security forces move in positions during clashes with Palestinian protestors at the compound that houses Al-Aqsa Mosque, known to Muslims as Noble Sanctuary and to Jews as Temple Mount, in Jerusalem's Old City April 15, 2022. PHOTO: REUTERS
JERUSALEM:

At least 152 Palestinians were injured in clashes with Israeli riot police inside Jerusalem's Al-Aqsa mosque compound on Friday, extending a recent resurgence of violence that has raised fears of a slide back to wider conflict.

Most of the Palestinian injuries were incurred by rubber bullets, stun grenades and beatings with police batons, the Palestine Red Crescent said, at the most sensitive site in the generations-old Israeli-Palestinian conflict. 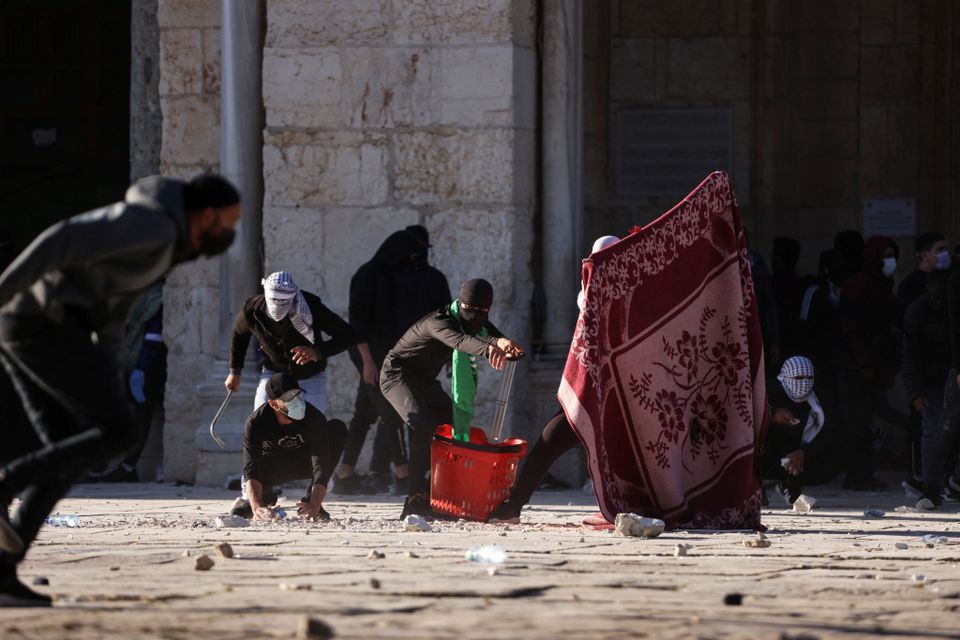 Israeli security forces have been on high alert after a series of deadly Arab street attacks throughout the country over the past two weeks. Confrontations at the Al-Aqsa compound in Jerusalem's walled Old City pose the risk of sparking a slide back into a broader conflagration like last year's Gaza war.

The Al-Aqsa compound sits atop the Old City plateau of East Jerusalem, which was captured by Israel in the 1967 Middle East war, and is known to Muslims as al-Haram al-Sharif, or The Noble Sanctuary, and to Jews as Temple Mount.

In a statement, Israeli police said hundreds of Palestinians hurled firecrackers and stones at their forces and toward the nearby Jewish prayer area of the Western Wall in the Old City after Ramadan morning prayers.

It said police then entered the Al-Aqsa compound to "disperse and push back (the crowd and) enable the rest of the worshippers to leave the place safely", adding that three officers were injured in the clashes.

"We are working to restore calm, on the Temple Mount and across Israel. Alongside that, we are preparing for any scenario and the security forces are ready for any task," Bennett said.

The Palestinian Foreign Ministry, referring to the Al-Aqsa violence, said it "holds Israel fully and directly responsible for this crime and its consequences".

“Immediate intervention by the international community is needed to stop Israeli aggression against Al-Aqsa mosque and prevent things from going out of control,” said Nabil Abu Rudeineh, spokesperson for Palestinian President Mahmoud Abbas who governs self-ruled areas of the Israeli-occupied West Bank.

Hamas, the Palestinian  group that controls the Gaza Strip, said Israel "bears responsibility for the consequences".

Jordan condemned the Israeli police raid into the compound as "a flagrant violation". 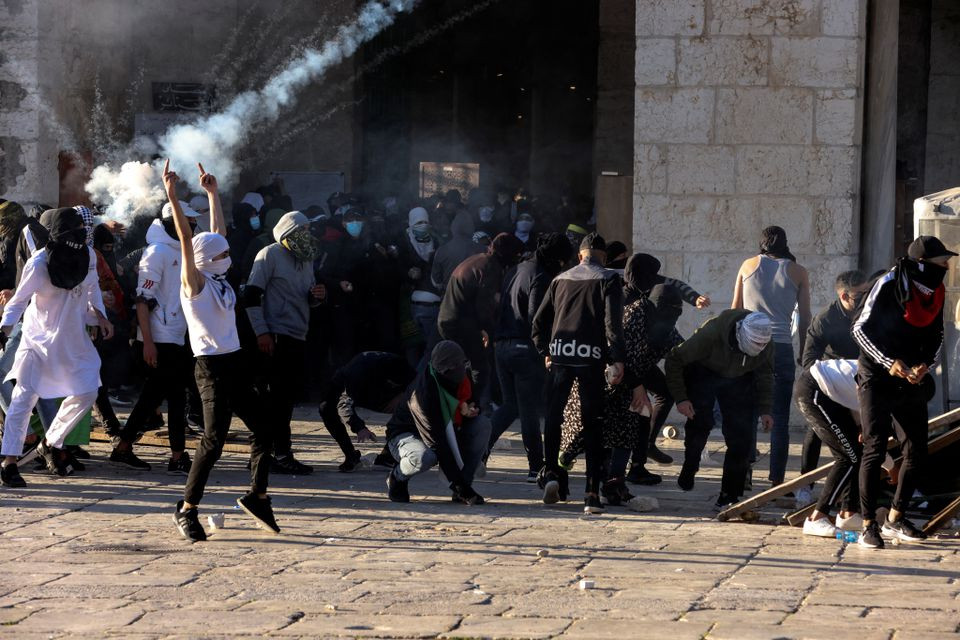 Jordan’s Hashemite ruling family is the custodian of the Muslim and Christian holy sites in East Jerusalem. Israel recognised the Hashemite role as custodian of Al-Aqsa as part of the two countries’ 1994 peace treaty, and maintains overall security control over the site.

Tensions this year have been heightened in part by Ramadan coinciding with the Jewish celebration of Passover.

Last year saw nightly clashes between Palestinians and Israeli police during the Muslim fasting month. Threats of Palestinian displacement in East Jerusalem and police raids at Al-Aqsa helped ignited an 11-day Israel-Gaza war that killed more than 250 Palestinians in Gaza and 13 people in Israel.

Since March, Israeli forces have killed 29 Palestinians in the course of carrying out raids in the West Bank after Palestinian assailants killed 14 Israelis in a string of attacks in Israeli cities.

Al-Aqsa is the third holiest site in Islam and is also revered by Jews as the location of two ancient temples.

Israel claims all of Jerusalem as its eternal, indivisible capital. Palestinians seek to make East Jerusalem, including its Muslim, Christian and Jewish holy sites, the capital of a future state.