Begins with performance by dancers, followed by an explosion of white and green fireworks that spelled word ‘Spring’

The opening ceremony of the 2022 Beijing Winter Olympics kicked off on Friday night, the culmination of preparations beset by the Covid-19 pandemic. 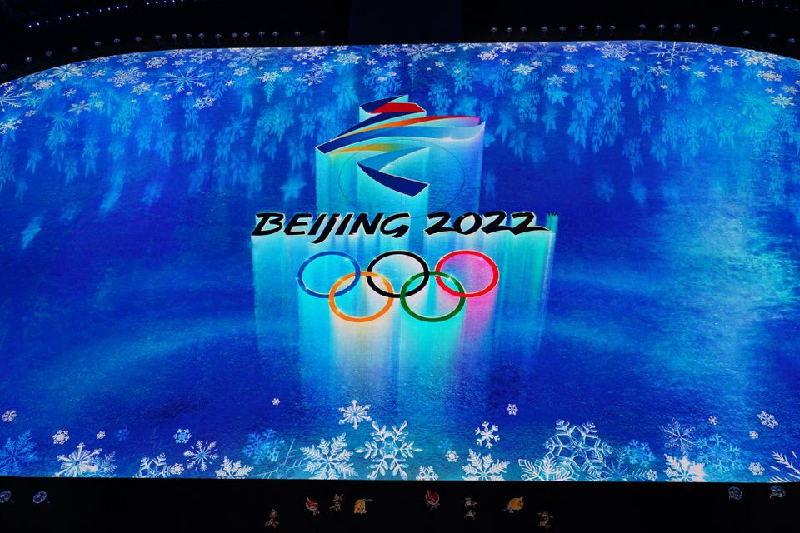 Held on the first day of Spring by the Chinese calendar, it began with a performance by dancers waving glowing green stalks to convey the vitality of the season, followed by an explosion of white and green fireworks that spelled the word "Spring".

Prime Minister Imran Khan during his four-day official visit to China attended the ceremony along with his delegation on the invitation from the Chinese leadership.

On a three-dimensional cube resembling a block of ice, lasers carved imagery from each of the previous 23 Winter Games. The block was then "broken" by ice hockey players, enabling the Olympic rings to emerge, all in white.

That was followed by the traditional "parade of nations", with each of the 91 delegations preceded by the women carrying a placard in the shape of a snowflake resembling a Chinese knot. 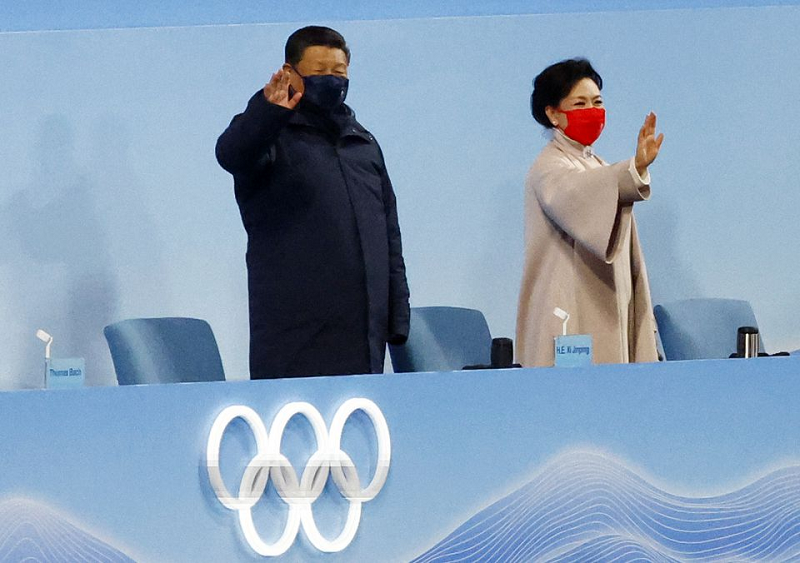 In keeping with Olympic tradition, the parade was led into the stadium by Greece with the rest ordered by stroke number in the first character of their Chinese name, which meant Turkey was second, followed by Malta, with host China set to go last.

The entrances for "Hong Kong, China", as well as for Russia, generated applause in the partially filled stadium.

Russian President Vladimir Putin, the highest profile foreign leader present for the Games, could be seen in the stadium without a mask. However, the athletes from his country were unable to carry its flag due to doping violations, marching instead under the standard of the Russian Olympic Committee. 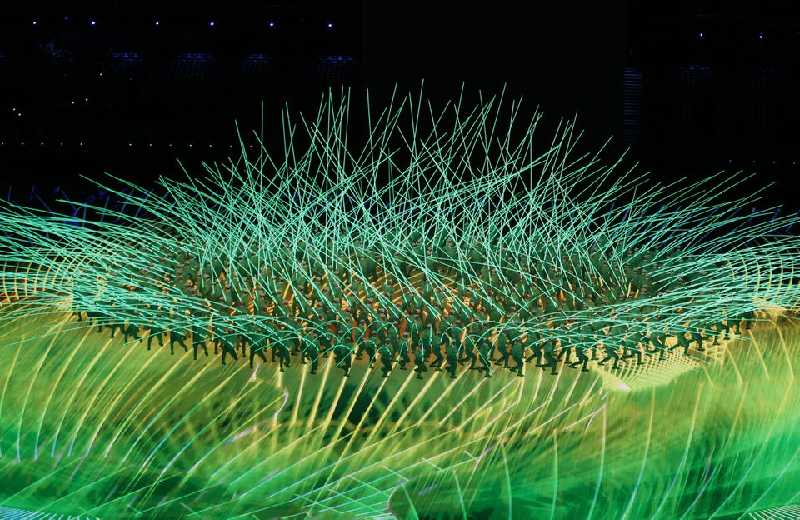 Soon after the start, the Chinese flag was passed among 56 people representing China's different ethnic groups before it was raised and the national anthem performed.

Directed by Zhang Yimou, reprising his role from Beijing's 2008 Summer Games triumph, the event was to feature 3,000 performers on a stage comprised of 11,600 square metres of high-definition LED screen resembling an ice surface.

All of the performers are ordinary people from Beijing and nearby Hebei province, with "the Story of a Snowflake" its central thread. 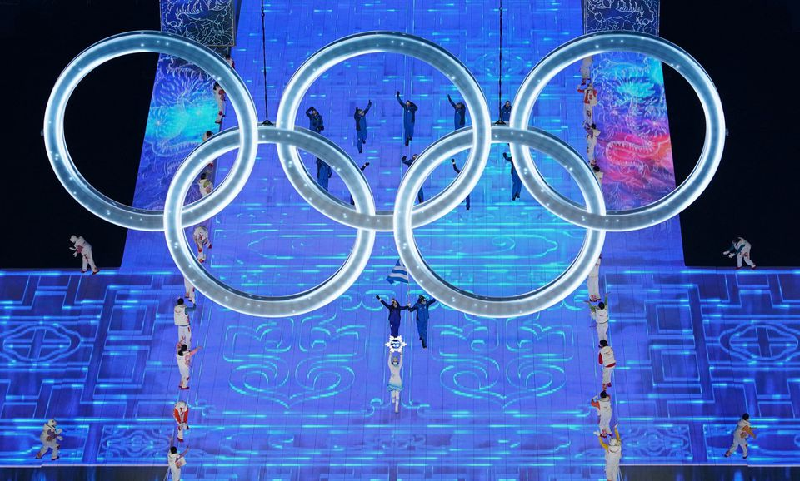 With temperatures of about -4C (25F) at the start, the show was set to be about half as long as the four-hour marathon that opened the 2008 Games, also at the Bird's Nest.

The crowd itself was pared down, with organisers deciding last month not to sell tickets to Olympic events to curtail the spread of Covid-19. A "closed loop" separates competitors and other personnel from the Chinese public throughout the Olympics.

PM Imran first head of state from Pakistan to be invited to Olympics: Fawad

PM Imran’s China trip to give fresh fillip to CPEC