It's Arooj Aftab's world and we're just living in it!

It's Arooj Aftab's world and we're just living in it!

The Pakistani singer has been making headlines as of late for all the right reasons. Last year, the Mohabbat singer was nominated for two Grammys, making the Pakistani music industry proud - rightfully so. It was then revealed that Aftab will also be seen in the latest installment of Coke Studio.

If that wasn't enough, the singer just made history with being the first-ever Pakistani singer to perform at the American art and music festival Coachella! Aftab took to Instagram and shared she will be performing on day one of the two-weekend festivals.

Soon after her announcement, many took to Aftab's post and congratulated her. Faisal Kapadia, Mahira Khan, Meesha Shafi among others extended heartfelt wishes to the musician. 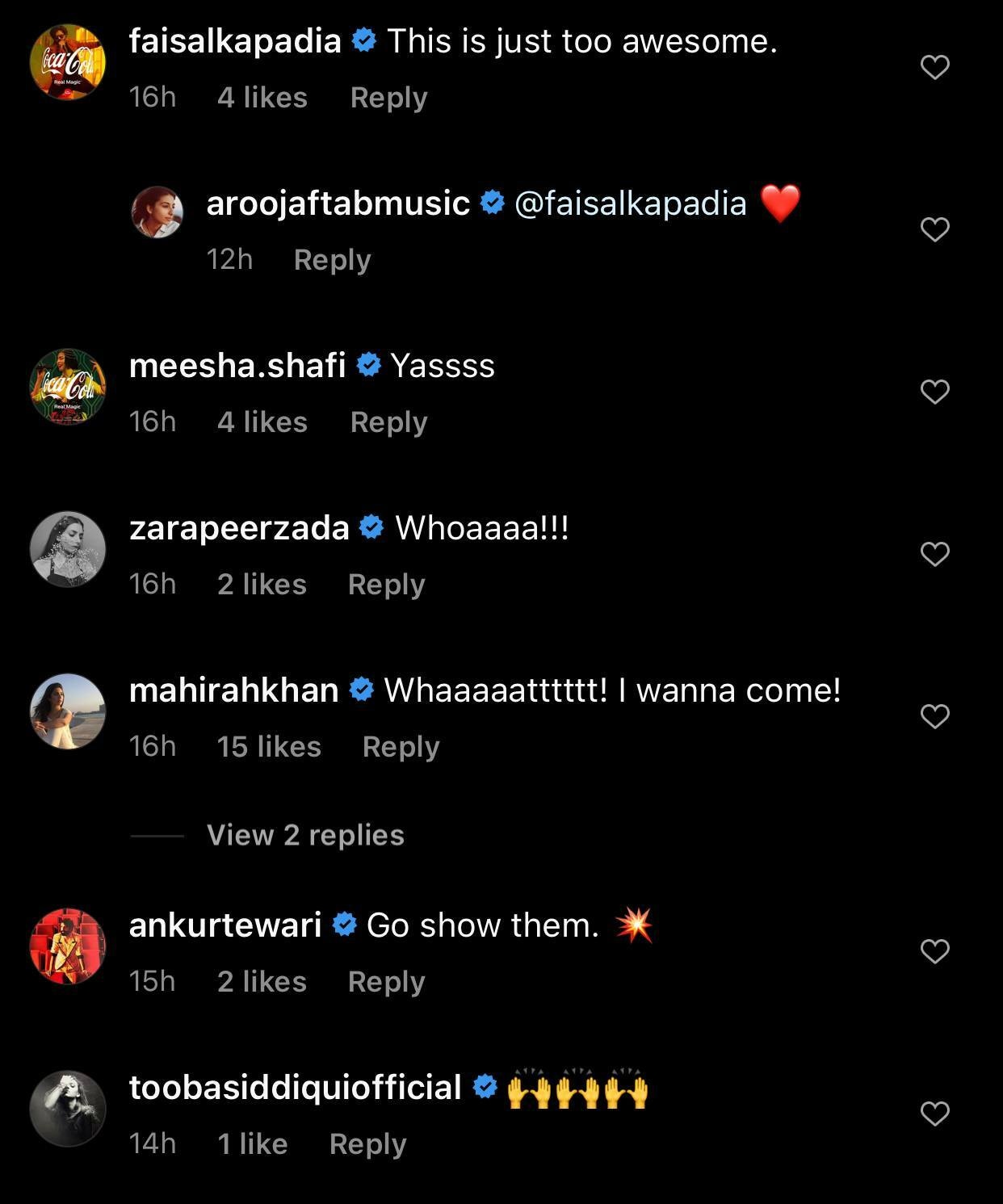 Aftab will be performing with the likes of Billie Eilish and Harry Styles as well as rapper Kanye West and group Swedish House Mafia. The music festival is returning after three years.

One of the world's biggest music festivals, Coachella was last held in 2019 and scrapped in 2020 and 2021 due to the Covid-19 pandemic. Organisers said in June the open-air festival, held in the California desert, would return over the weekends of April 15-17 and April 22-24 this year.

Styles, Eilish and West were announced as headline acts in a line-up poster on the Coachella website and social media pages, with the former One Direction singer performing on both Fridays. Eilish and West, who changed his name to Ye last year, will perform on the two Saturdays and Sundays respectively.