Singer and activist Shehzad Roy is known to voice social issues in Pakistan. This time around, his appointment as the honorary ambassador for population and family planning by the Ministry of Health Services, Regulations and Coordination made the news.

Among others, actor Adnan Malik, too, congratulated the Mukhra singer. Taking to his Instagram stories, the Cake star called overpopulation one of Pakistan’s "greatest existential issues". "If Pakistan's population had been less than 100 million, it would have been a different story for us. The population explosion is at the root of so many of our issues," he posted expressing his concern over the issue. 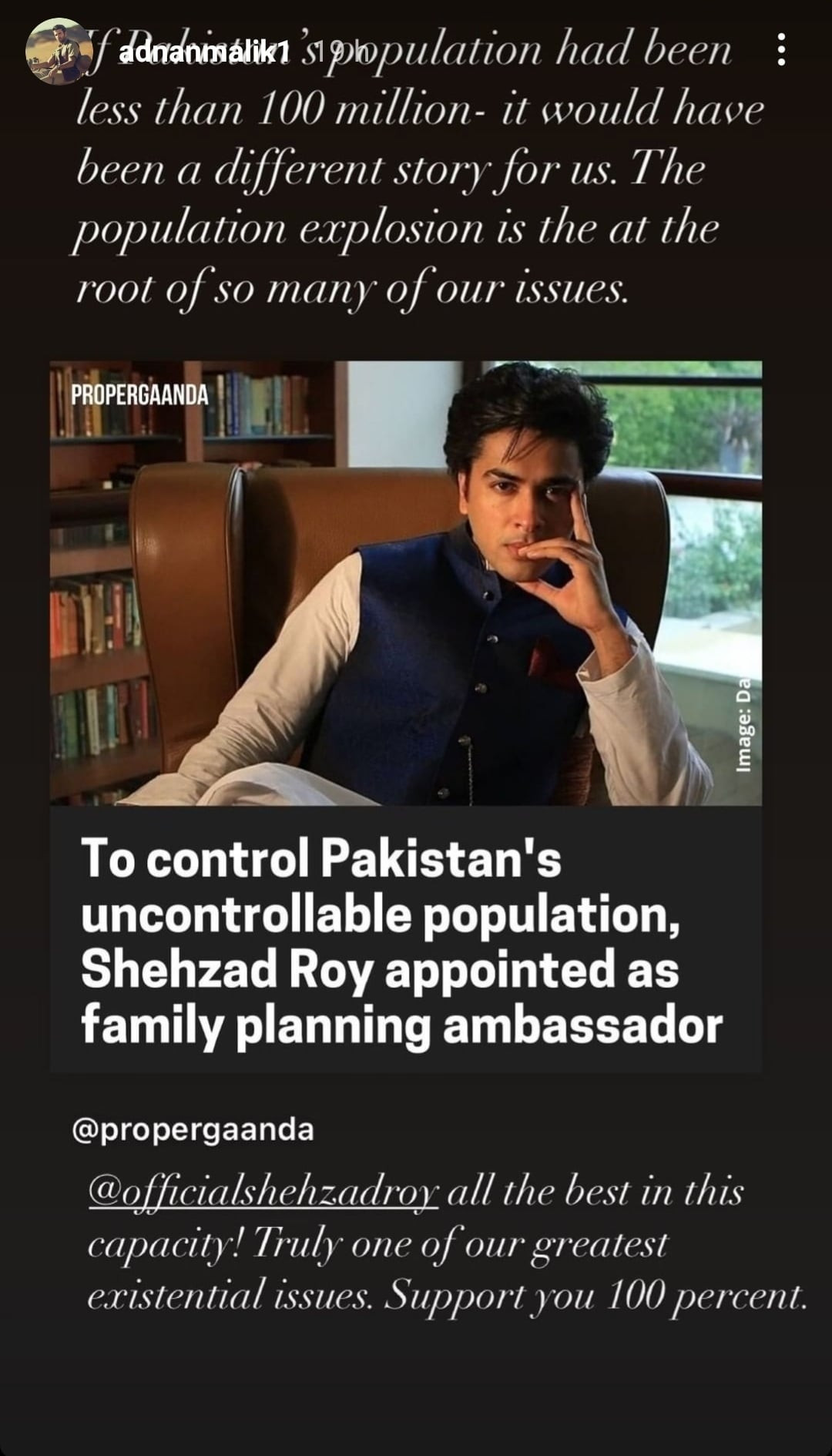 Supporting the Maula Vey crooner, Malik wished him luck to serve his best in the given capacity. "Shehzad Roy, all the best to you in this capacity," Malik said about the singer's new role. "[Population growth] is truly one of our greatest existential issues. [I] support you 100 percent,” he added.

Pakistan, with 220 million people in 2021, holds the title for the fifth-largest population globally. Of the 14 largest, Pakistan, with a population growth rate of 2% a year, has the third-highest growth rate. Considering the education quality and the lack of family planning resources available due to societal taboos on contraceptives and abortions, the national fertility rate is at 3.6% leaving many unplanned births to handle.

While this is a national concern, it also affects poorly on public health. Research shows that closely spaced and ill-timed births affect the health of the mother and child adversely. It is hopeful that Roy has been chosen to salvage the alarming situation.