PTI lawmaker Akram Cheema on Thursday filed a privilege motion in the National Assembly -- a day after Islamabad police had arrested him following his altercation with Supreme Court Justice Qazi Faez Isa when the MNA obstructed the pathway of the judge during a rally and exchanged heated words with him.

Justice Qazi Faez Isa also issued a statement, saying intimidation tactics against him and his family will not deter him from pointing out violations of the law.

In the motion, the MNA wrote that he was arrested from the premises of the National Assembly without the permission of the speaker in violation of Rule 106 of the Rules of the House.

He further complained that he was kept at the police station secretariat for three hours. “This incident is an insult to the entire House and the Speaker of the National Assembly as well as a violation of the rules of [the House]. My privilege movement should be approved under the National Assembly rules and sent to the committee.”

Cheema was released on the intervention of NA Speaker Asad Qaiser.

It was revealed that the lawmaker’s vehicle was non-customs paid.

SP City Rana Wahab told The Express Tribune that the matter was only about illegal number plate and the traffic police fined the lawmaker on this.

“Cheema’s vehicle is perfectly clear and you can pick it up from police whenever you want,” he added.

Responding to the incident, Justice Isa said the tactics employed against him and his family, as well as the threats to his life, would not deter him from “walking or to continue to point out violations of the law”.

In a statement issued on Thursday about the incident, he wrote that two persons, who he had never met before nor recognised, were in a vehicle parked on the main Constitution Avenue in front of the National Assembly.

“The vehicle had a big antennae mast of the type which, I believe, is only allowed on vehicles of the armed forces,” he added.

“I asked the persons in the vehicle to identify themselves but they responded by asking who I was, and did so insultingly.”

The judge said he suspected that the persons and their vehicle might be involved in some criminal activity.

“[As] the vehicle had a fake number plate which concealed its ownership, I took a photograph of [it] and its occupants with my cell phone.”

The judge claimed that he continued to walk to the Supreme Court where he had to reach in time to conduct court.

“One person alighted from the vehicle, advanced towards me hurling vile abuses. [I ignored him, kept quiet and continued walking towards the Supreme Court.”

Justice Isa said Akram Cheema, who he now knew was an MNA, and Federal Information Minister Fawad Chaudhry, who was not present, held one-sided press conferences and manufactured tales.

“They alleged that I ordered the arrest of the persons in the vehicle. I did not do so. However, a suspect vehicle and one with fake plate numbers can be detained as well as a vehicle on which customs duty and other taxes are not paid.” 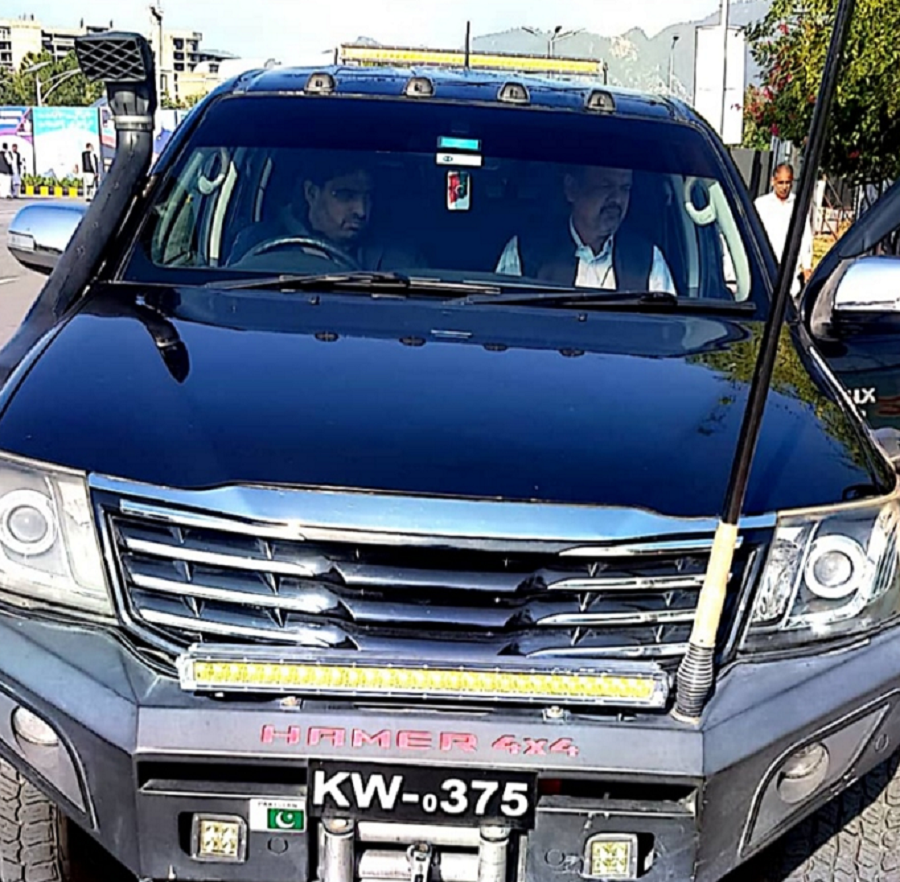 The judge said it seemed that in certain quarters, attacking him was a “substitute for the truth”.

"A simple thing of walking to court has now become an ordeal in Islamabad. Hundreds of policemen are on duty but not one notices suspect vehicles with fake number plates in the Capital City’s designated Red Zone parked in front of the National Assembly on Constitution Avenue. Or do law enforcers look the other way when they know it belongs to a privileged person?” he questioned.

“The tactics employed against me and my family, the threats to my life and abuse hurled at us will not deter me from walking or to continue to point out violations of the law. It is the duty of every citizen and taxpayer to ensure that the law is upheld. Our faith also requires pointing out wrongdoing.”