Lahore police to release sketch in US worker kidnap hunt

Lahore police to release sketch in US worker kidnap hunt 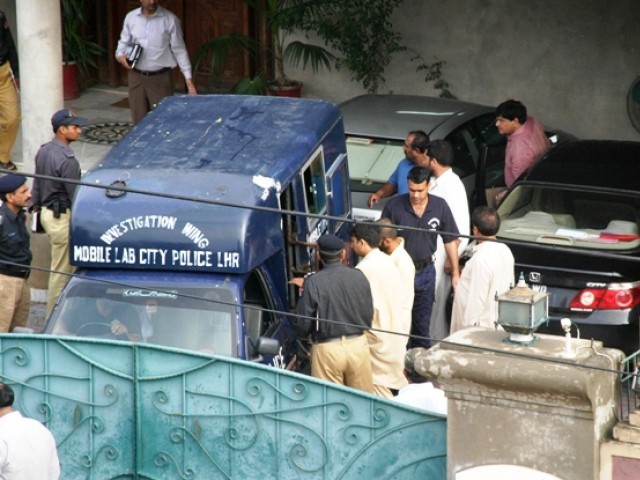 Most officers have been able to establish is that he was targeted because of his nationality. PHOTO: Mehmood Qureshi/EXPRESS

LAHORE: Lahore police said Tuesday they would shortly release a sketch of one of the suspects wanted for kidnapping an American aid expert at gunpoint in the scramble for leads.

Warren Weinstein, 70, country director for US-based consultancy J E Austin Associates and who had been in Pakistan for seven years, was snatched from his home in the eastern city of Lahore before dawn on Saturday.

He had been due to return to the United States on Monday after concluding his contract on private-sector development and economic growth in the frontline state in the war on al Qaeda, rife with anti-Americanism.

“We have prepared a sketch of one of the kidnappers,” senior police official Atif Hayat, involved in the investigation, told AFP.

“We are trying to prepare sketches of the other culprits based on descriptions given by the (American’s) security guards and driver,” he said.

Police have drawn a blank over the kidnapping that saw Weinstein struck on the head with a pistol and driven off by gunmen.

There has been no claim of responsibility and the most officers have been able to establish is that he was targeted because of his nationality.

In the United States, J E Austin released a statement saying that Weinstein was committed to Pakistan’s economic development and poverty reduction.

“His efforts to help make Pakistani industries more competitive have resulted in many hundreds of well-paying jobs for Pakistani citizens and contributed to raising the standard of living,” it said in a statement.

Washington this month revised its travel warning, saying that Americans throughout Pakistan have been kidnapped for ransom or for personal reasons.

On July 1, a Swiss couple were seized while on holiday in Balochistan, a sparsely-populated southwestern province bordering Iran and Afghanistan known for separatist violence and Taliban activity.

In February 2009, an American UN official was also kidnapped and held for two months in Balochistan.