The drummer proposed to Kourtney is the most dreamy fashion with an expensive looking engagement ring.

A day at the beach turned into a proposal for reality TV star Kourtney Kardashian, who is now engaged to long-time boyfriend and Blink-182 drummer Travis Barker, reported People and TMZ.

Turns out Barker had arranged the proposal at a beach in Montecito, California, near Santa Barbara. Kourtney shared two loved-up photos of the proposal on her Instagram with the caption “forever”. A representative for the reality star and businesswoman confirmed on Sunday that the couple are engaged.

Remaining details were kept under wraps. But the photos showed an eloquent, elaborate floral arrangement with candles on the beach. Fans also received a glimpse of Kourtney's engagement ring in a video shared by her sister Kim Kardashian on her Twitter. 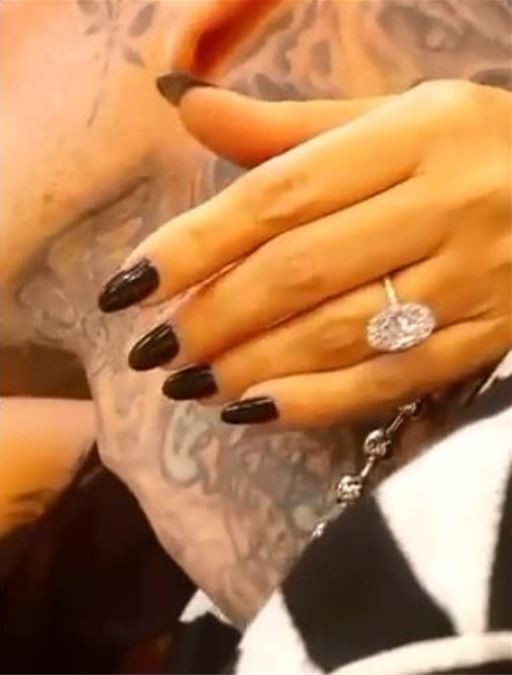 Kourtney, who’s a mother to three children with ex-boyfriend Scott Disick, will be tying the knot for the first time with Barker, who has been married twice before.

Dating for several months, the duo is not ashamed of public display of affection and has been setting a benchmark for lovers who are otherwise running away from paparazzi.