Use of polythene bags on the rise

Women and children among 20 dead; 300 injured; massive rescue under way

Rescue workers and residents stand amid the rubble of a damaged house following the earthquake in Harnai. PHOTO: REUTERS
QUETTA:

At least 20 people have been killed and over 300 sustained injuries, some of them seriously, as a devastating earthquake in different parts of Balochistan on Thursday knocked down scores of houses at a time when many victims were asleep, officials and medics in several districts confirmed.

According to Met department, a 5.9 earthquake struck at 3:01 am. The epicentre of the quake was near Harnai at a depth of 15 kilometres. The tremors were felt in Quetta, Sibi, Chaman, Ziarat, Qila Abdullah, Zhob, Loralai, Pishin, Muslim Bagh and other areas of the country.

Reports suggested that more than 70 houses collapsed, while several other buildings were damaged, forcing hundreds of people to come out in the open. Provincial Home Minister Ziaullah Langau said that most of the casualties were reported from Harnai district. 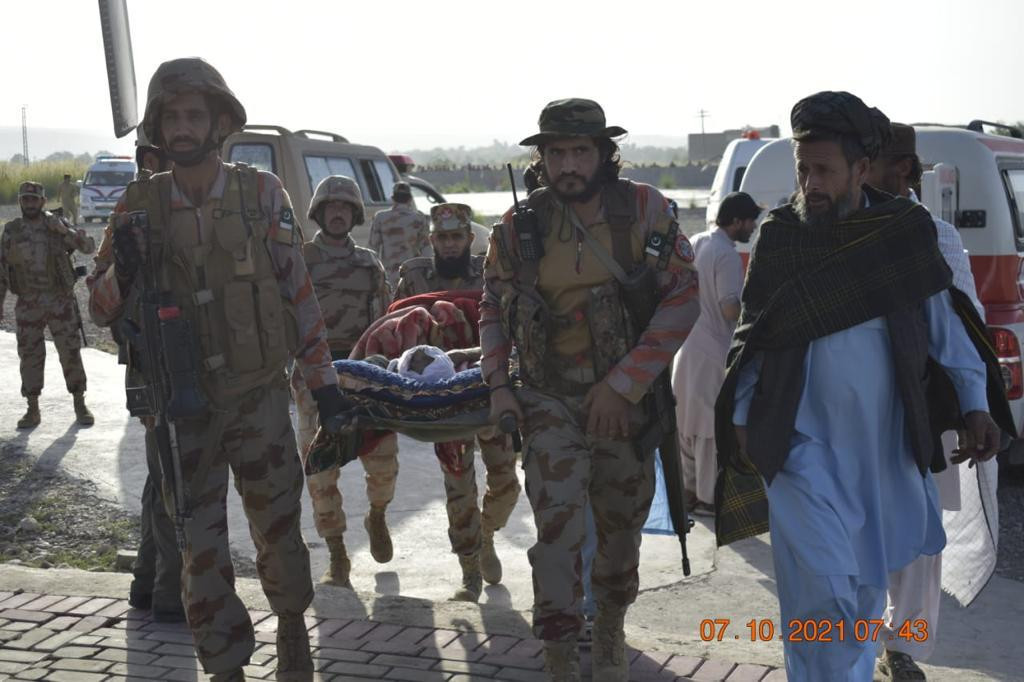 Sohail Anwar, Deputy Commissioner of Harnai district, confirmed the death toll and said the deaths were caused by falling roofs. “At least six children and several women are among the dead,” the deputy commissioner added.

A big rescue operation, involving army, levies, Provincial Disaster Management Authority (PDMA) and aid agencies, has been launched to provide medical care to the victims, besides food and relief supplies to the stricken population.

Food and shelters were flown to Harnai via helicopters, which were also used to evacuate the injured to Quetta. Doctors and paramedics have also been deployed in Harnai and Quetta hospitals. The Inter-Services Public Relations (ISPR) said 9 injured persons were shifted to Quetta by the army helicopters.

PDMA Director General Naseer Nasar said that the rescue teams were engaged in relief work in the affected areas of Harnai. He added that Harnai was a mountainous area due to which relief work was hampered. “Landslides also occurred in hilly areas,” he added.

Home Minister Langau said that data of the damage was being collected but added that at least 5 to 6 districts were severely affected. Houses were destroyed in an area up to 15 kilometres from Harnai, which is the worst affected district. 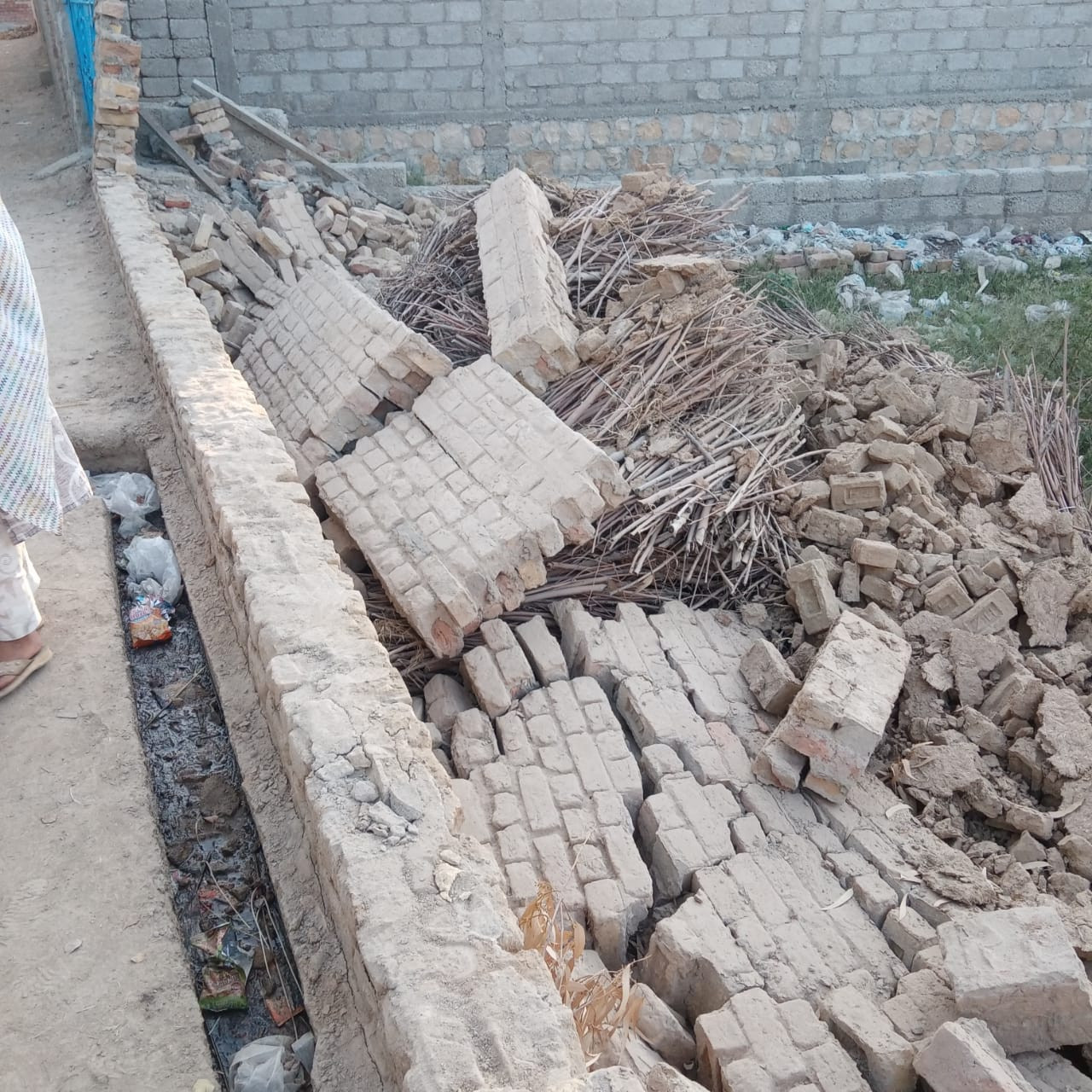 An Urban Search and Rescue Team has been dispatched from Rawalpindi to assist in the rescue operation. The inspector general of the Frontier Corps Balochistan also reached Harnai and inspected the damage caused by the earthquake.

The tremors struck on the eve of the anniversary of a 7.6-magnitude quake on October 8, 2005, that killed more than 73,000 people, mostly in Azad Kashmir. The US Geological Survey said the Harani quake had a magnitude of 5.7 and struck around 3 am at a shallow depth of around 20 kilometres.

The worst-affected area was Harnai, where a lack of paved roads, electricity and mobile phone coverage hampered rescuers. A power cut forced health workers to treat the injured using flashlights, according to the officials and rescuers.

The quake caused electricity to fail in the region, with health staff working until dawn without lights in a poorly equipped government hospital. Before daybreak, “we were operating without electricity with the help of torches and mobile flashlights,” Zahoor Tarin, a senior official at the Harnai hospital told AFP.

“Most of the injured came with fractured limbs. Dozens of people were sent back after first aid,” he said, adding that “at least 40 people” were received with critical injuries. “We have imposed an emergency in the hospital and are providing them medical treatment.” 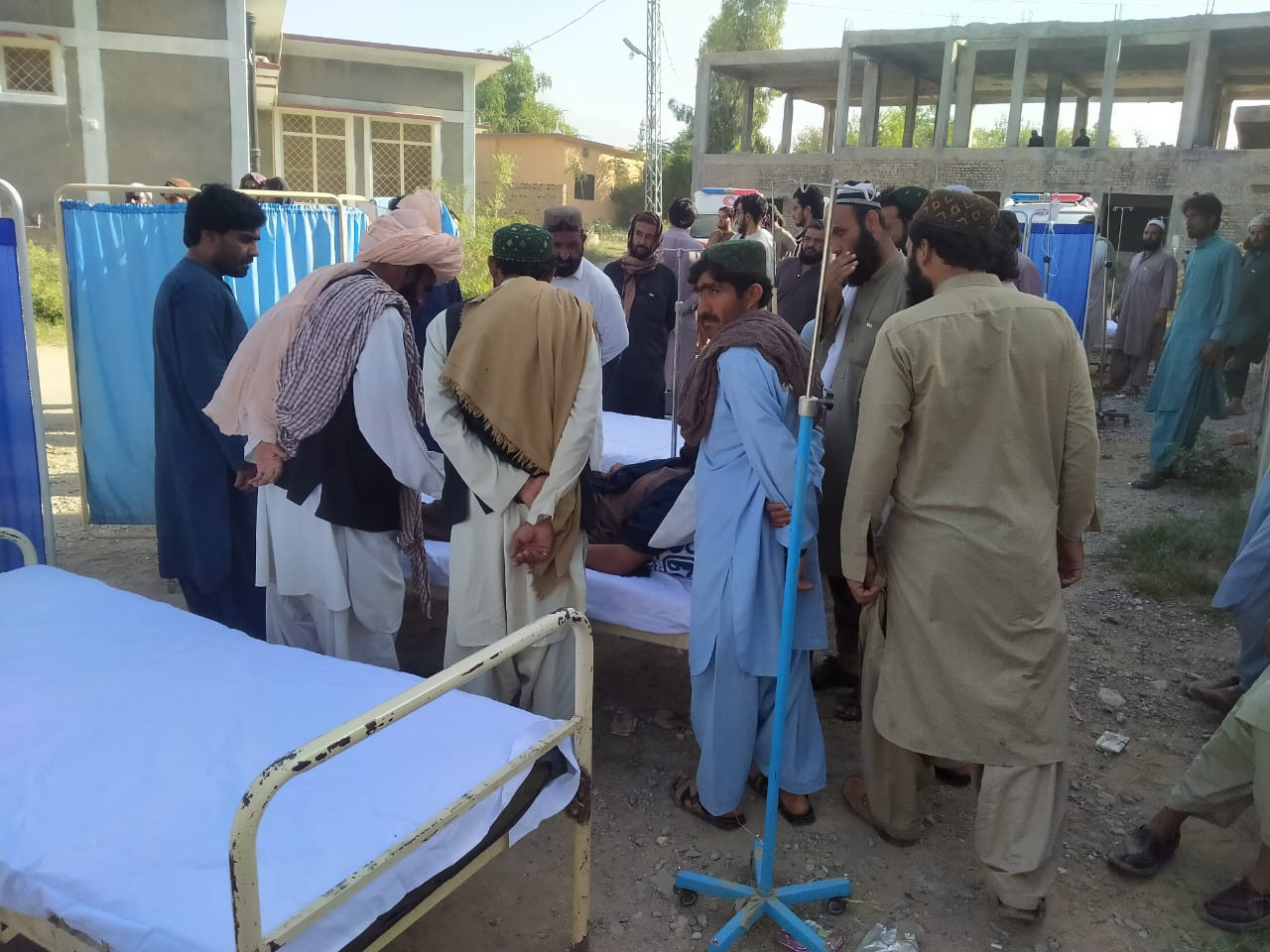 "The entire town is a picture of devastation, as no house looks safe, thousands of people are rendered homeless and are under open sky," Khan said, adding that almost 70% of power supply to the district had been disrupted.

“I was sleeping when suddenly my entire house jolted,” Munir Shah, 40, a resident of Harnai district, told Reuters by telephone. “I took my children and wife outside. It was a terrifying situation as houses in Harnai were collapsing, I found a large number of people under debris. Some of them might have died.”

Social media showed houses shaking and light fittings swaying as the quake struck. Stunned residents later gathered in the streets in the dark. Rescuers sifted rubble for survivors, with some of the injured being treated on stretchers in the street by torchlight from mobile telephones.