A university in Canada is all set to teach a course on Drake, the Weeknd

Bollywood to release 15 films as theatres reopen in India

The Taliban vowed no revenge, one Afghan family tells a different story

Images from the sources, show a badly damaged property and family members with injuries from Taliban beatings

When the Taliban won back control of the eastern Afghan province of Nangarhar last month, they set out to settle a score with an old foe.

As they searched for prominent local politician Ajmal Omar - who had helped drive the group's fighters out of a Nangarhar district a year earlier and tried to dissuade young Afghans from joining them - Taliban members detonated explosives at his ancestral home.

They also looted gold and cars, and detained and whipped several of his relatives to try and establish his whereabouts.

The events were recounted by two relatives who say they were targeted in the reprisals, 10 locals officials and residents who witnessed or were familiar with the incidents and a former Afghan intelligence official.

Images from the sources, which Reuters could not independently verify, show a badly damaged property and family members with injuries they say were from Taliban beatings.

Omar, 37, has gone into hiding. He declined to comment for this story, citing security concerns.

Soon after the Taliban seized power on Aug. 15, the movement sought to reassure the international community and its former opponents by saying there would be no reprisals.

"None of us had imagined we would be targeted like this," said one of Omar's relatives, requesting anonymity. "The Taliban said they will not punish anyone who had worked with the previous regime but they did the exact opposite in our case."

Taliban spokespeople did not respond to questions about events described by Omar's family and local residents or about his efforts to help defeat them.

A Taliban cabinet minister told Reuters that commanders across the country had raided former government officials' homes and offices to seize weapons and armoured vehicles, but he was not aware of punishment meted out to Omar's family.

The group's defence minister, Mullah Mohammad Yaqoob, issued a rebuke last week over the conduct of some fighters following the Taliban's victory. He did not go into specifics.

"Miscreants and notorious former soldiers" had joined Taliban ranks and committed offences ranging from occupying ministries and government offices to two to three incidents of reported killings, he said.

"You all are aware of the general amnesty announced in Afghanistan; no mujahid has the right to take revenge on someone."

The Taliban have said they would respect people's rights this time around and not go after enemies, yet tens of thousands of people, fearing for their safety and future, fled the country in a chaotic evacuation from Kabul. Many more are in hiding.

Hundreds of social media posts have been shared featuring grainy mobile phone footage purportedly of armed men searching houses, beating people in the streets and bundling them into cars. 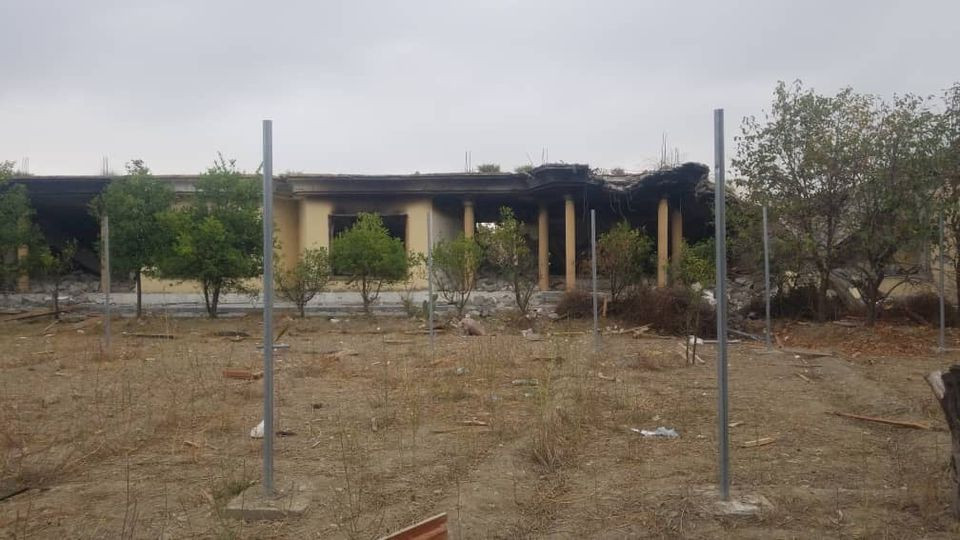 Several former officials, military personnel and others close to the fallen government have alleged retributions took place. Reuters has not been able to verify their accounts; some interviewed by Reuters said they were too afraid to share their experiences publicly.

Omar's story is one of the most detailed accounts so far of Taliban revenge against those who worked with the Western-backed government, and in particular who fought to eradicate the group from Afghanistan.

According to residents, the Taliban have long targeted Kodi Khel, a remote village in a valley dotted with apple and lemon orchards in the mountainous east of the country.

After they were ousted from power in 2001, the village and the surrounding Sherzad district were struck by rockets as the Taliban tried to wrest back control of the strategic route into Pakistan, the residents said. 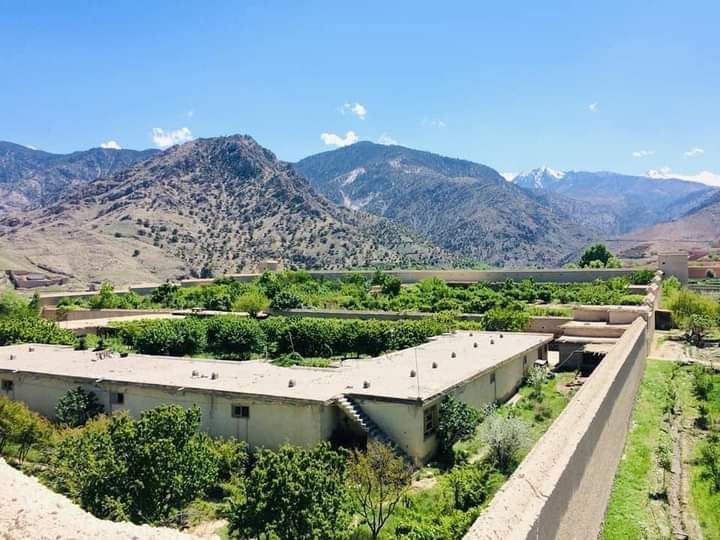 A view of ancestral home of Nangarhar provincial official Ajmal Omar in Kodi Khel, Nangarhar, Afghanistan, taken at the end of 2020, in this image obtained by REUTERS.

Omar was a prominent local landowner whose family had a sprawling 22-room walled villa there.

As deputy head of the provincial council, he spearheaded strategic efforts to drive the Taliban out of the district last year. Several militants were wounded in the fighting as were some Afghan soldiers.

Before then, since his election in 2014, Omar had spent much of his time going from village to village trying to persuade young adults to join US-backed forces fighting the insurgents, according to residents.

In a province that has long been a hotbed of Taliban activity, it could be a dangerous job.

Three Nangarhar council members have been killed in different attacks in the past five years.

Last year, Omar was on his way to a rally to celebrate the Afghan army's local victory when a convoy of cars he was travelling in was attacked by Taliban fighters, killing two people, a former council member said. 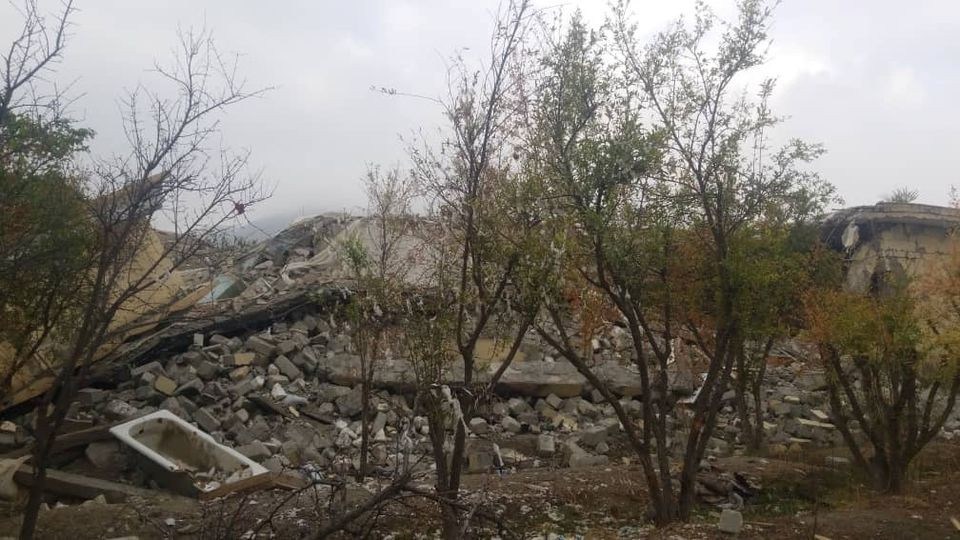 On Aug. 13, when the Taliban re-took Kodi Khel in a lightning offensive across the country, residents said they were ordered to stay indoors as the fighters searched for Omar.

Taliban militants found Omar's residence empty apart from some domestic staff who were ordered to leave.

Cars and other valuables were taken, and several explosives detonated, collapsing parts of the surrounding wall and turning rooms to rubble, according to interviews with family members and locals who heard the blasts and saw the aftermath.

Omar, who was in a crisis meeting of the provincial council in Nangarhar's capital Jalalabad where he and others were discussing how to repel the Taliban's advance, soon learned of the search.

He fled to the capital Kabul, then still under control of the previous administration, and remains in hiding, according to two of his relatives.

Nangarhar province fell to the Taliban a few days later.

They took his three sons, five nephews and a brother into custody, and confiscated gold, cash, cars and an armoured vehicle and some guns he used for protection. The relatives have all since been released.

One relative said he and others were beaten with whips and thrown into a room with no window. He shared pictures of injuries showing limbs heavily bandaged and bruised skin.

Another relative said he was locked in a room for three days and tortured. Reuters could not independently confirm his account. He sees no future for himself and his family in Afghanistan under Taliban rule.

Omar's wife, children, four brothers, five sisters and their families all live in Afghanistan and are maintaining a low profile.

Omar is currently growing his hair and beard, the relatives said, moving from house to house to try and evade the Taliban and hoping to find a way to leave the country.