Going solar with SkyElectric could save more than just money

Pakistan, as a developing nation, is in desperate need of a reliable energy solution. Recently, the country has begun to produce more power than it consumes. However, due to poor grid infrastructure and issues transmitting the power, the electricity can’t reach the consumers which leads to load shedding.

Consumers, both residential and commercial, have long suffered from the shortfall between the demand and effective supply of energy, with each group trying desperately to find solutions that work better for them. From UPS systems to generators, consumers have spent an exorbitant amount of money on alternatives, but these haven’t proven to be sustainable solutions.

So, how can consumers realise power savings?

Pakistan’s installed capacity to generate electricity rose to 37,261 MWs in July-April ’21 (an increase of 3.6 percent from the previous year), which is far higher than the country’s current consumption - the summertime peak is approximately 25,000 MWs.

Despite the abundance of electricity generated, due to poor grid infrastructure, grid outages remain a major problem across the country, severely affecting millions. Moreover, according to a 2018 World Bank Report, electricity still does not reach up to 50 million people – though expansion of transmission lines is planned for the future.

This increased capacity is due to the construction of new power plants – mostly coal-powered ones funded by China. Not only are these power plants an environmental hazard, they add to the cost of the electricity production due to their exposure to coal prices and PKR:$ parity.

Last year, Prime Minister Imran Khan promised the nation would produce 60% of its electricity through renewable sources by 2030.

Currently, Pakistan gets 64% of its power from fossil fuels, with just 4% from renewables (such as solar and wind). At this rate, Pakistan is unlikely to reach its climate change goals

Pakistanis have become accustomed to power outages, with many residences and businesses using some sort of power backup. The most common alternatives used are generators and UPS systems.

Generators are loud, expensive to purchase, costly to maintain, require a cooling-off period after use, and require fuel to run. With rising energy costs, these gensets are becoming more and more expensive to operate.

Next are UPS systems, they charge their batteries using electricity from the grid, which then powers homes or businesses during power outages. UPS system is essentially a short-term energy solution rather than sustainable alternative. This is because these systems use lead-acid batteries to store electricity – which are extremely inefficient (lose a lot of energy), require regular replacements and don’t hold as much power as other batteries.

Clearly, both these solutions don’t provide consumers with what they truly want, which is uninterrupted power at an affordable cost. The rise in the cost of fossil fuels is passed on to consumers who are stuck in a loop of paying more for less. To ensure future-proofing, any alternative that is chosen needs to be one that can help the country achieve its goals, both economic and climate change-related.

In this instance, renewable sources such as solar and wind are the way of the future. They provide a true alternative energy solution rather than a stopgap solution.

If Pakistan intends on achieving its climate goals, major changes need to occur. Instead of creating more coal-powered plants, which will negatively affect the environment, the country needs to switch to more sustainable sources. Beyond that, the infrastructure needs to be updated and improved to avoid future load-shedding issues.

As a country receiving ample sunlight throughout the year, solar makes the most sense. Its sustainable nature and the relative ease with which it can be installed further adds to its benefits. Large-scale adoption of solar would see the job market expand with a sea of new opportunities in renewable energy, and if the creation of solar devices occurs in the country, it could greatly benefit the local economy and beyond. 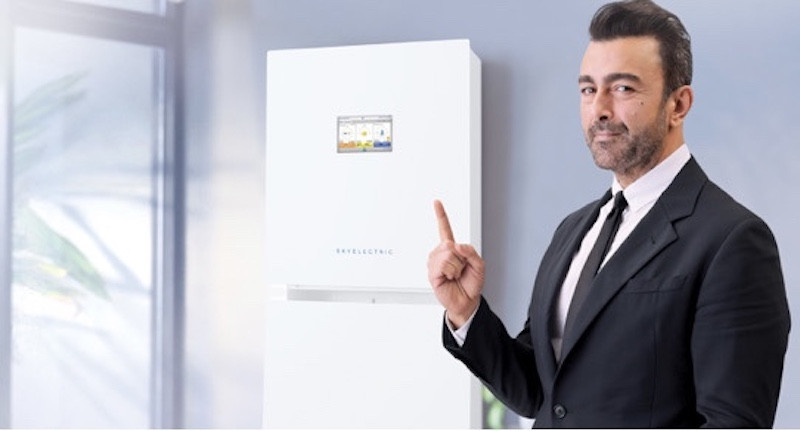 SkyElectric, Pakistan’s No.1 Smart Solar Energy Company, has the ideal solution. Solar with SkyElectric is a true energy alternative that can provide freedom from energy worries. Not only can consumers experience uninterrupted and affordable energy, but they can do so while utilising renewable and clean sources

SkyElectric’s Smart Solar plus Storage System is a state-of-the-art device that will completely transform a consumer’s energy outlook. The device comes with a futuristic screen that shows all vital energy information at a glance. The Smart Solar plus Storage System also comes equipped with long-lasting lithium-ion batteries, as well as SmartFlow, which is SkyElectric’s patented intelligent energy management software. The software takes historical and up-to-date values to run a Power Management Plan in order to provide the highest availability of energy from the cheapest sources, at the lowest cost.

Greener Future For A Greener Pakistan

As the rest of the world moves towards cleaner energy sources, solar energy stands out as the most viable option for warm climates like Pakistan. For Pakistan to become a greener country, it must reduce its dependence on fossil fuels and make the move towards more sustainable sources.

The need for change isn’t just a problem for governments. It's also one for the people. More and more people are switching to solar to realise power savings. As the country’s biggest solar company, SkyElectric can help make the switch to solar as seamless as possible.

Join others who have chosen sustainability and savings, make the switch to solar for a greener Pakistan.