Six interior colours and how they affect your mood

From the late royal’s wedding dress to her formal suits, the costumes reflect Diana’s style perfectly

The trailer for the upcoming Princess Diana biopic, Spencer, just dropped and the looks served by lead actor Kristen Stewart draw some clear inspiration from the late royal’s wardrobe. The film follows Diana’s decision to step away from royal duties and end her marriage to Prince Charles. According to Refinery29, director Pablo Larrain explained during the Venice Film Festival, where Spencer premiered, that they did not wish to exactly recreate Diana’s outfits. “Building the character of Diana, we didn’t just want to create a replicated image of her, but use cinema and its tools to create an internal world that [struck] the right balance between the mystery and fragility of her character,” he shared.

Stewart closely studied the mannerisms of the late princess, nailing everything, down to Diana’s accent and subtle head tilts, to a T. The actor shared her excitement for the role, saying, "Spencer is a dive inside an emotional imagining of who Diana was at a pivotal turning point in her life. It is a physical assertion of the sum of her parts, which starts with her given name; Spencer. It is a harrowing effort for her to return to herself, as Diana strives to hold onto what the name Spencer means to her."

Here are some of Diana’s looks recreated by Stewart, as seen in the new trailer for the film. 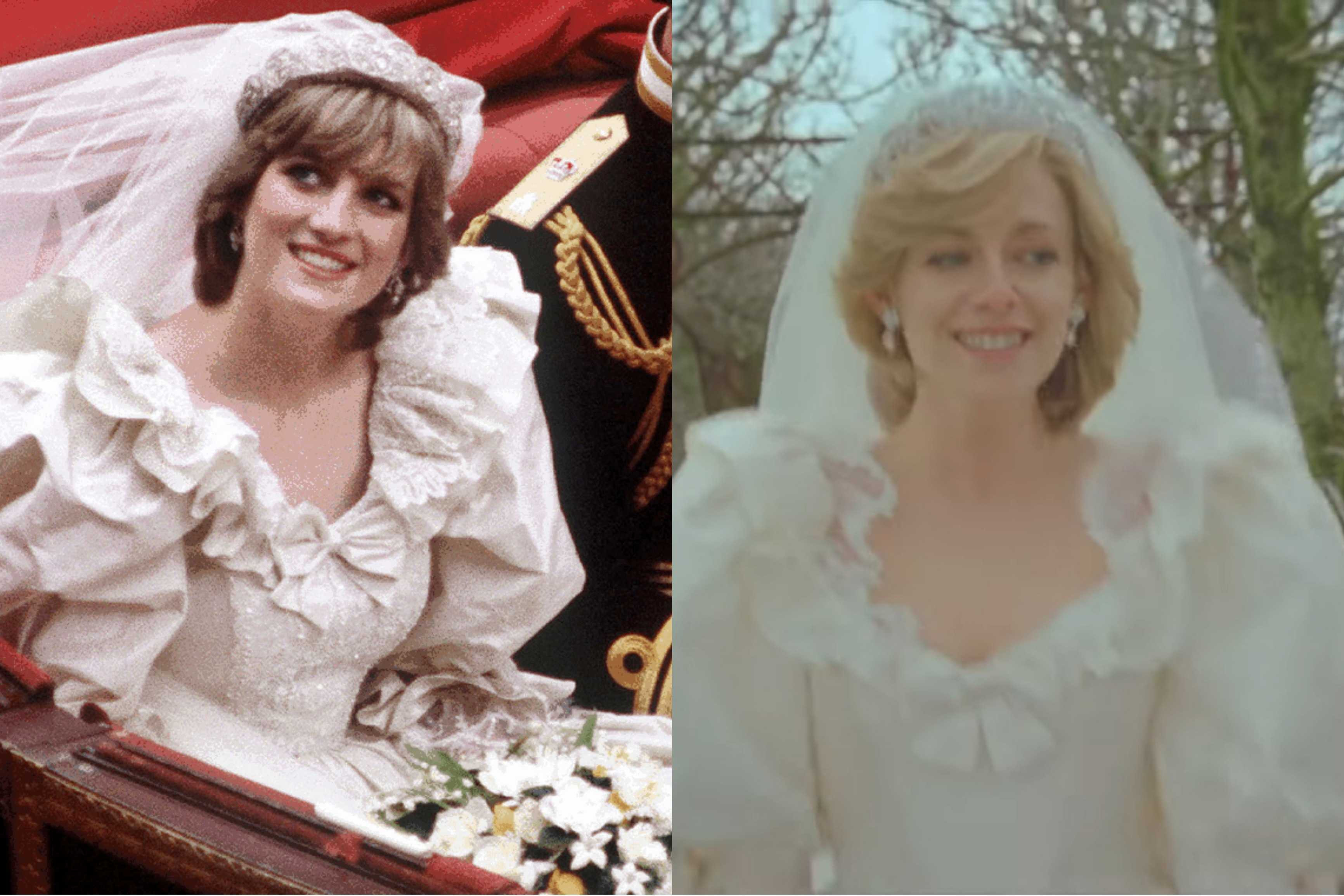 This is probably one of the most highly anticipated looks from the film, simply due to the iconic nature of the wedding dress donned by Diana on her big day. For this look, the designers haven’t taken too many creative liberties and have stuck pretty much to the original design of the dress. The look is complete with lots of ruffles and short hair, as well as a veil pinned to Stewart’s head with the help of a tiara. 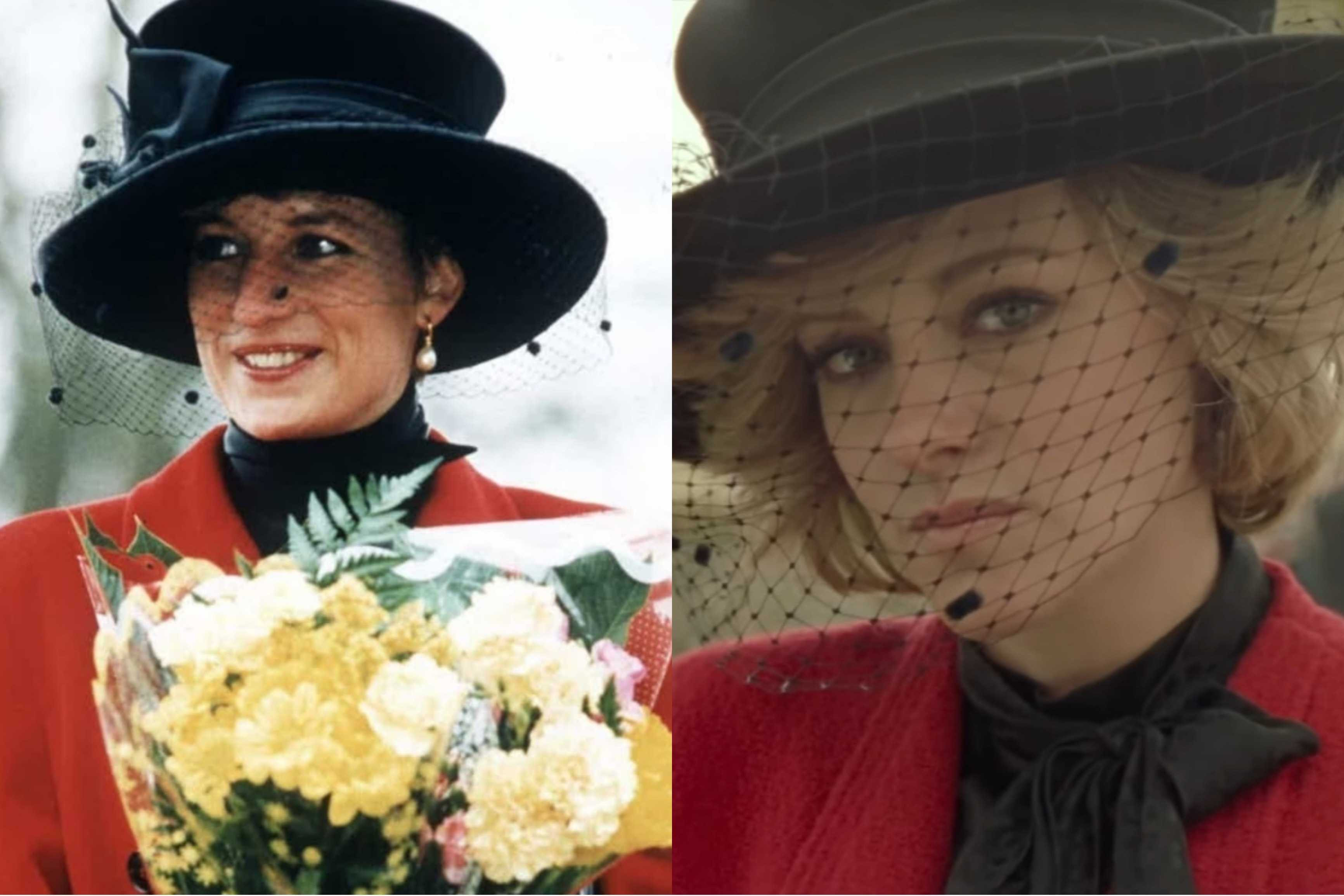 Here’s another outfit that seems to be recreated almost exactly. The look incorporates a black turtleneck paired with a red coat, with the addition of a black hat and short veil. Instead of the turtleneck worn by Diana, Stewart can be seen sporting a top with bow detailing on the neck. 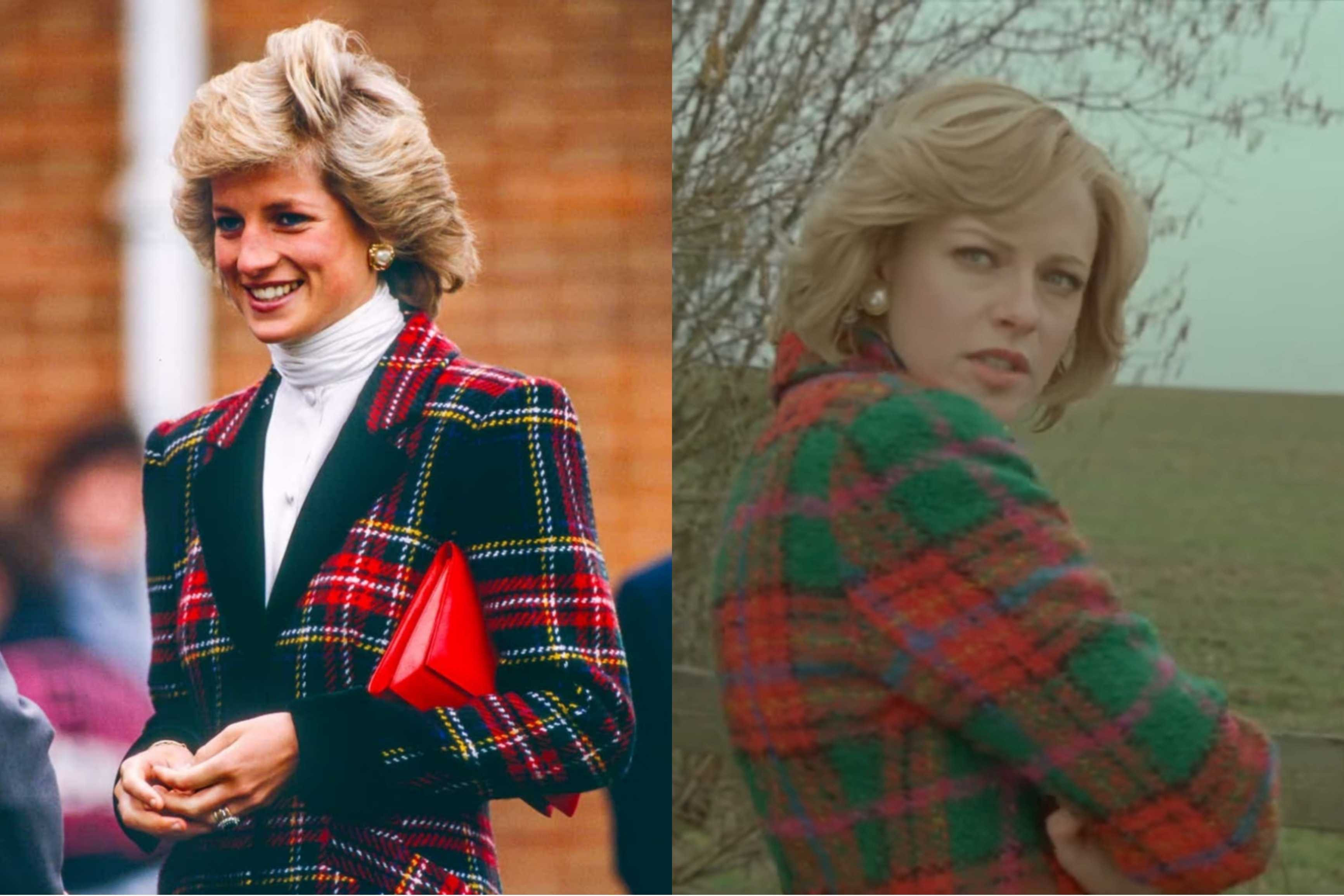 Stewart sports a red and green plaid jacket which is very similar to the one Diana has been pictured in. The actor can also be seen wearing pearl earrings, the same as the princess. The fluffy 80s hair is the perfect finishing touch to this look. 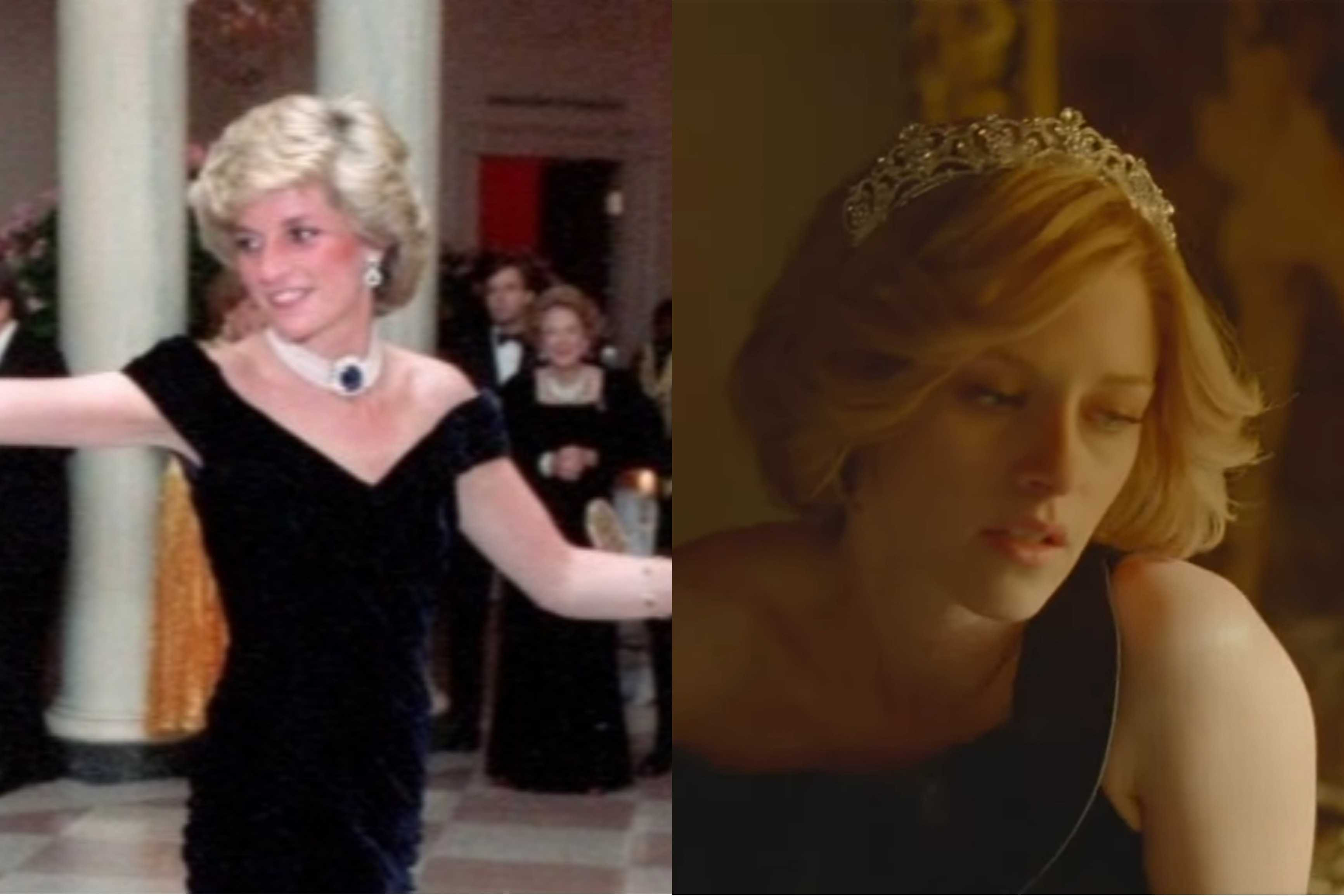 The black dress Stewart is wearing in the trailer for Spencer looks very similar to Diana’s iconic black dress that the royal wore while dancing with actor John Travolta at an event. However, Stewart sports an off-shoulder look, as opposed to Diana’s regular neckline. 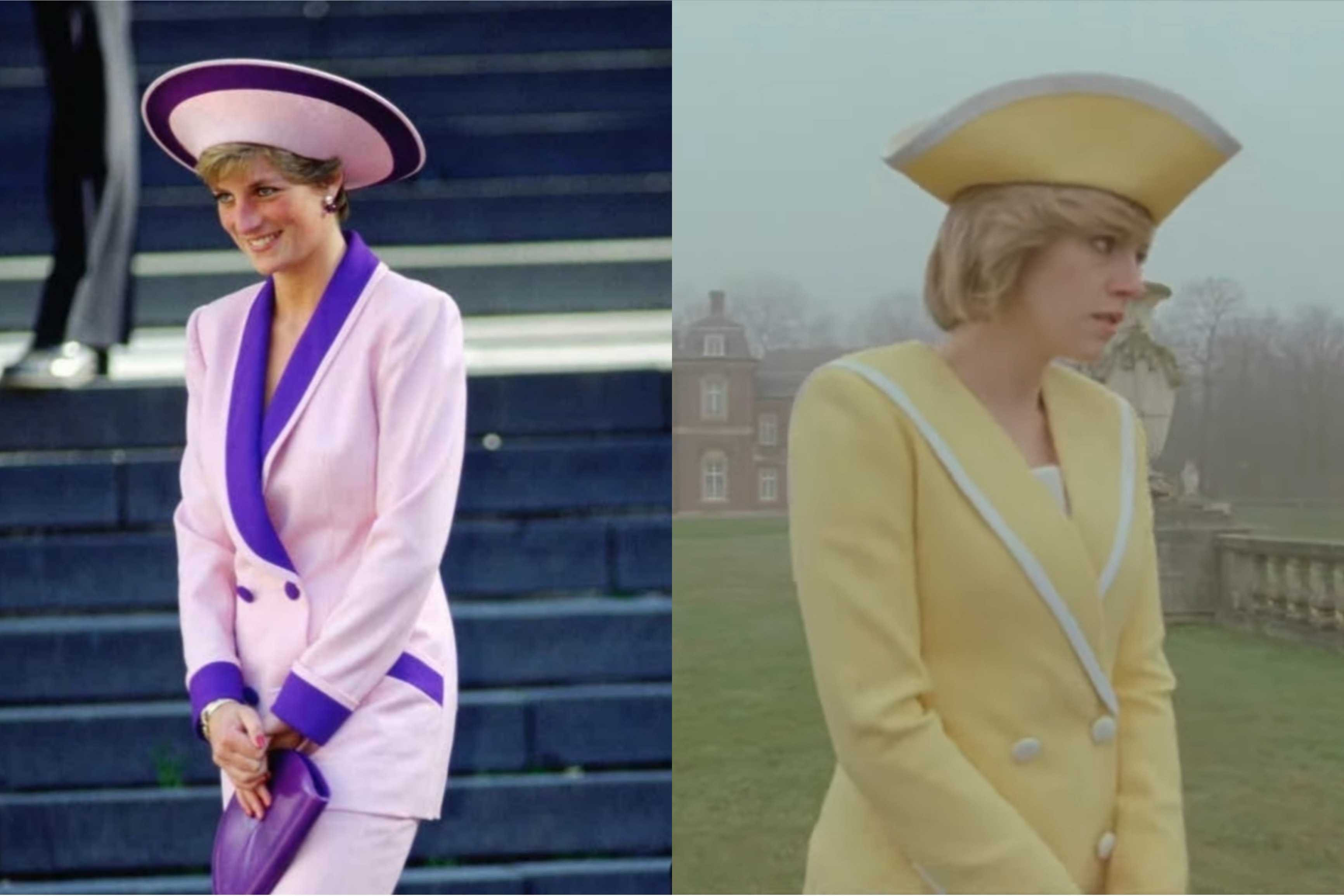 The costume designers exercised their creative freedom and changed the colour of the skirt suit from purple to yellow. However, the similarities, down to the neckline and upturned hat, are apparent

Afghan education minister in Pakistan for collaboration in education field