18 more succumb to Covid in K-P

Former model and actor has returned to social media with a big news and we couldn't be happier!

Congratulations are in order for former model and actor Aamina Sheikh, who has welcomed a baby boy with husband Omar Farooqui.

Taking to Instagram, the Cake star shared the good news with her followers. “With prayers and joy, we welcome to the family our baby boy,” she captioned her announcement post.

The baby, named Issa, was born on September 3, according to the actor. The little one’s name is similar to his elder sister’s, Meissa, Sheikh’s daughter from her first marriage to actor Mohib Mirza.

In one of the series of posts she made, Sheikh wrote, “Our Meissa and Issa, ‘I seek refuge for the two of you in the Perfect Words of Allah, from every devil and every poisonous pest, and from every harmful eye.’” 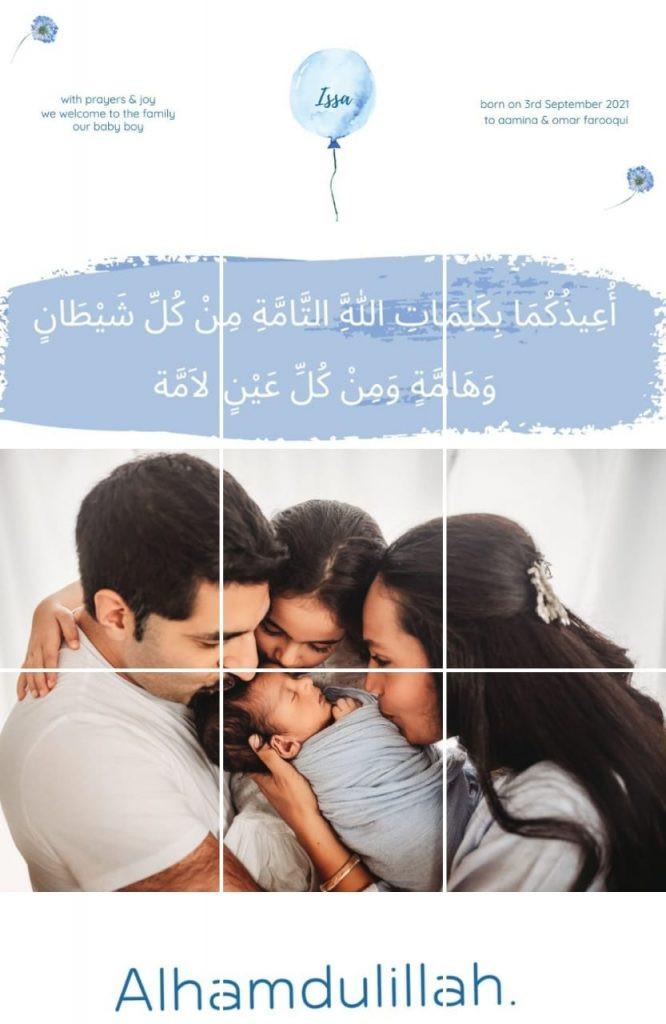 The actor has posted a series of photos in the form of an Insta grid to her handle, so the reveal could be bigger and better. The grid sees Sheikh, her husband and little Meisa kissing the newborn, making for an adorable family photo.

The Daam actor had tied the knot with Farooqui in August 2020.