'I feel like I'm no longer living. Physically, I'm alive, but Taliban have taken away soul,' says viola player Bahar

The Taliban have occupied the Afghanistan National Institute of Music, turning its classrooms into dormitories. PHOTO: AFP

Viola player Bahar was practising at her music college in the Afghan capital, when news broke that the Taliban had reached the city.

Terrified of a return to the days when music was forbidden and women were banned from education, she and her classmates rushed home, abandoning their beloved instruments.

"We all ran away. We saved ourselves, leaving the instruments at the institute," Bahar tells AFP, using a false name to protect her identity for fear of reprisal.

Read more: In Tajikistan, Afghan exiles fear for loved ones left behind

"I felt like I had lost a family member." 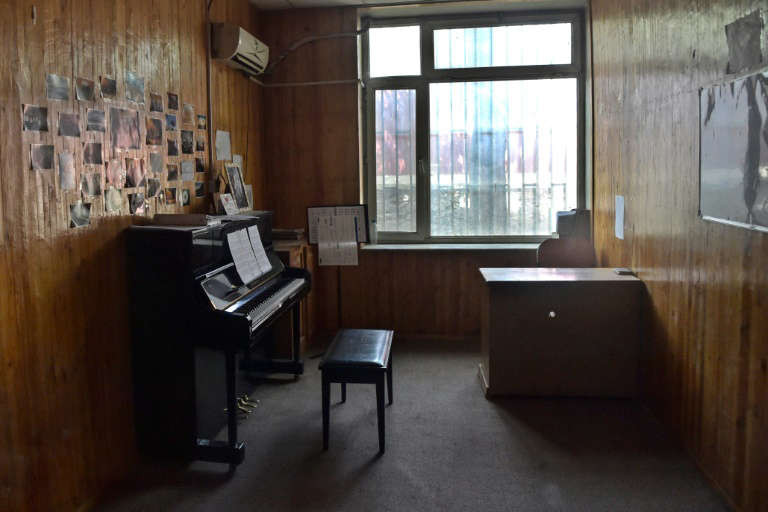 The Taliban, who banned music outright during their brutal and oppressive rule from 1996 to 2001, swept back into power on August 15.

They have promised a more moderate brand of rule this time -- though they have made clear that they will run Afghanistan within the restrictive limits of their interpretation of Sharia law.

After racing home from the Afghanistan National Institute of Music (ANIM), Bahar was devastated to learn that Taliban militants had occupied the campus, turning its classrooms into dormitories. 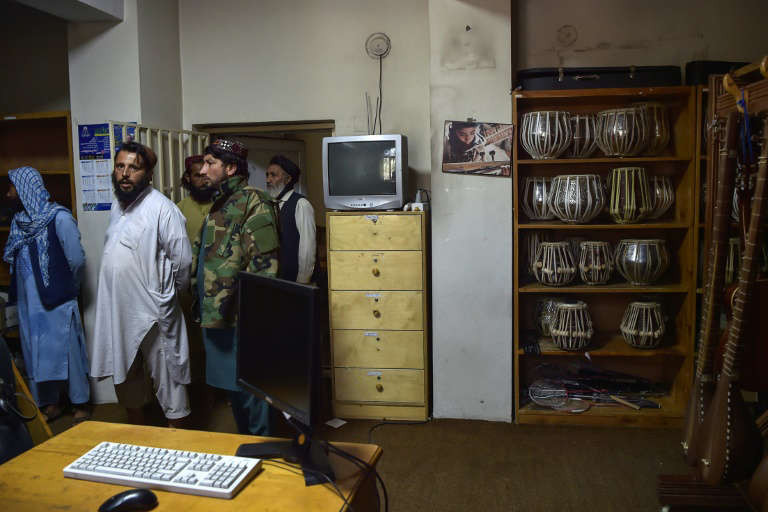 "I feel like I am no longer living. Physically, I am alive, but the Taliban have taken away my soul," she says, breaking down in tears.

Bahar was introduced to the college when she was 12 years old, and she says the viola quickly became her "best friend".

"Music is food for the soul," she says, adding that she has performed in India, Sweden, the United Kingdom and Azerbaijan.

"I feel extremely peaceful when I play the viola, especially when we play together in the girls' orchestra," she adds.

During a visit by AFP to the college, no music can be heard in its corridors -- all that can be heard is the chatter and squabbling of Taliban soldiers.

Armed guards cradle Kalashnikovs in the courtyard, shaded by trees with swirling treble clefs spray-painted on to their trunks.

A mural depicting a burst of multi-coloured musical symbols stand out against the giant armoured door and a nearby guard post.

A Taliban guard shows AFP a storeroom full of intact musical instruments that were left behind, after reports that everything had been trashed. 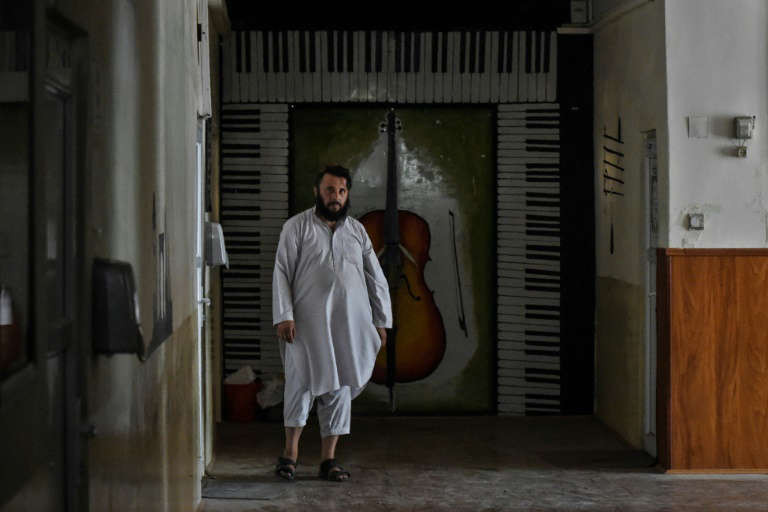 The caretaker says the group's leaders had ordered him to protect the instruments.

Trumpets, saxophones and flutes are stacked on shelves, opposite violins and violas in cases, while dozens of Afghan tabla drums occupy another storage unit.

Propped up on a bespoke rack in the centre of the storeroom are about a dozen traditional instruments: lute-like tamboors and single-stringed rubabs.

Abandoned practice rooms are each furnished with a keyboard or piano.

A workshop remains in the same state as when it was hurriedly vacated in mid-August -- violins are lined up waiting for new strings, a cello lays mid-repair and tools are scattered around an electric keyboard.

Speaking to AFP in Kabul, 28-year-old guitarist Awa says his room used to be stacked with musical instruments.

But fearing the Taliban, he has now destroyed almost all traces of his musical career -- except for one favourite guitar that he has hidden away.

The Kabul University graduate and tutor at the ANIM has stopped posting to his YouTube channel where he used to upload lessons, and no longer replies to comments on his social media accounts.

He has performed with some of Afghanistan's top music stars, but he now worries for his family's safety.

"It's natural that if you were involved in music in Afghanistan you would be afraid. Sooner or later the Taliban will come after musicians," says Awa, also using a pseudonym to protect his identity.

"Since they arrived, life has been hell. We had big dreams, but now our ambitions don't exist anymore."

ANIM's founder Ahmad Sarmast, who now lives in Australia, says he fears for the future of Afghan music.

Since the takeover, he has written to the Taliban's leaders to plead for access to music -- especially for children.

"I hope they will allow us to continue to do our work for the best interests of the Afghan people," he says.

Thousands protest against Taliban in Kandahar over evictions