Civil awards: Pride of the nation

Civil awards: Pride of the nation 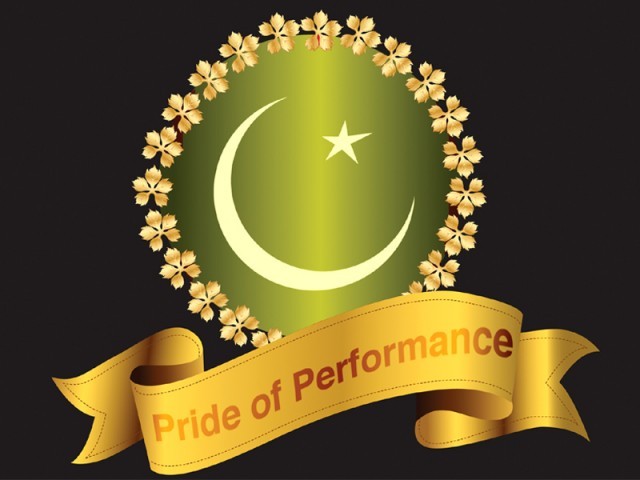 It was Pakistan’s 64 birthday and what better way to celebrate it than to reward people for excellence in various fields. President Asif Ali Zardari announced civil awards – Nishan-i-Imtiaz, Hilal-i-Pakistan, Hilal-i-Imtiaz, Sitara-i-Pakistan, Sitara-i-Shuja’at, Sitara-i-Imtiaz, Pride of Performance, Sitara-i-Quaid-i-Azam, Tamgha-i-Pakistan, Tamgha-i-Shuja’at, Tamgha-i-Imtiaz and Tamgha-i-Khidmat – for a number of people belonging to different fields, ranging from public service to arts to literature etcetera. The investiture ceremony of the awards will take place on Pakistan Day, March 23, 2012.

Actors Noman Ejaz, Javed Sheikh, Meera and Saba Hameed, along with director-producer Kazim Pasha and Sahira Kazmi were awarded with the pride of performance awards for their services in film and television. The Express Tribune dug out their past works and their road to glory.

The Pakistani film actor, director and producer started his career with the film Dhamaka in 1974. Sheikh has worked on a number of on-screen and off-screen projects, with films like Yeh Dil Aap Ka Huwa proving his talent as a director. In 2005, Shiekh shifted his focus to Bollywood and featured in Shikhar, Janeman, Namastey London and Om Shanti Om.

Delighted to have won one of the most prestigious awards, Sheikh believes that its time for youngsters to come forward. “I’m very happy. A lot of people believed that I should have received this recognition earlier, but I told them that everything takes time,” says Sheikh. However, Sheikh did add that recognition shouldn’t come after 30 to 40 years of contribution and if a youngster has done an amazing job earlier on in his career, he or she deserves timely recognition.

Saba Hameed, a versatile actor from the PTV days of yore, came into the limelight with the dramas “Nashaib”, “Ranjish” and “Patjhar”. The multi-talented Hameed proved that she could reach the peak of excellence in comic roles as well – an instance is “Family Front”, a hit comedy show.

The Lollywood starler who began her career as a model in 1994, stepped up her game and moved towards Bollywood on director Mahesh Bhatt’s call. Often the talk of the town, Meera has found fame in Pakistan and India in a short span of time, and her fans will no doubt love to see her receive this award.

Noman Ejaz’s drama serials “Dasht”, “Aansoo”, “Khaamoshiyan” and “Mano Salwa” marked his talent as a great TV actor. He is one of the few actors to make it to the big screen with films like Virsa and Ramchand Pakistani under his name. Ejaz also received the Best TV Actor award in the 2002 Lux Style Awards.

The actor has done wonders on TV screen starting from “Qurbatain Aur Faaslay” to “Parchaiyaan” to “Teesra Kinara” before becoming a director-producer. She has to her credit popular plays including Tapish, Dhoop Kinaray, Tota Kahani, Hawaa Ki Beti, Khaleej, Aahat, Nijaat and Zaibunnisa.

“I’m very glad that my work has been recognised after a while and not long after I am gone from the scene! We should pay tribute to other people who have done things during their lifetime,” says Kazmi.

Director-producer Kazim Pasha’s play Jangloos (1989) and the mega hit drama serial “Kashkol” (1990s) will be remembered as amongst the best of that era.

“God has certainly rewarded me. My colleagues and children are happy about it. I believe that there is a given time frame for everything and you get rewarded after sometime,” says Pasha.

Shammi Kapoor: A star is gone