Journalists show their injuries after being beaten by the Taliban in Kabul, Afghanistan September 8, 2021 in this picture obtained from social media. PHOTO: REUTERS

Two Afghan journalists were beaten in police custody this week after covering a protest by women in Kabul where they were detained by the Taliban, their editor said.

Zaki Daryabi, founder and editor-in-chief of the Etilaat Roz newspaper, shared images on social media of two male reporters, one with large, red welts across his lower back and legs and the other with similar marks on his shoulder and arm.

Both men's faces were also bruised and cut in the pictures, which were verified by Reuters.

When asked about the incident, an acting Taliban minister, who was named in his post when the new government was announced on Tuesday, said that any attack on journalists would be investigated. He declined to be identified.

Daryabi said the beatings sent a chilling message to the media in Afghanistan, where an independent press, much of it funded by Western donors, has flourished in the last 20 years.

"Five colleagues were kept in a detention centre for more than 4 hours, and during these four hours two of our colleagues were beaten and tortured brutally," he told Reuters on Thursday, the day after the incident. 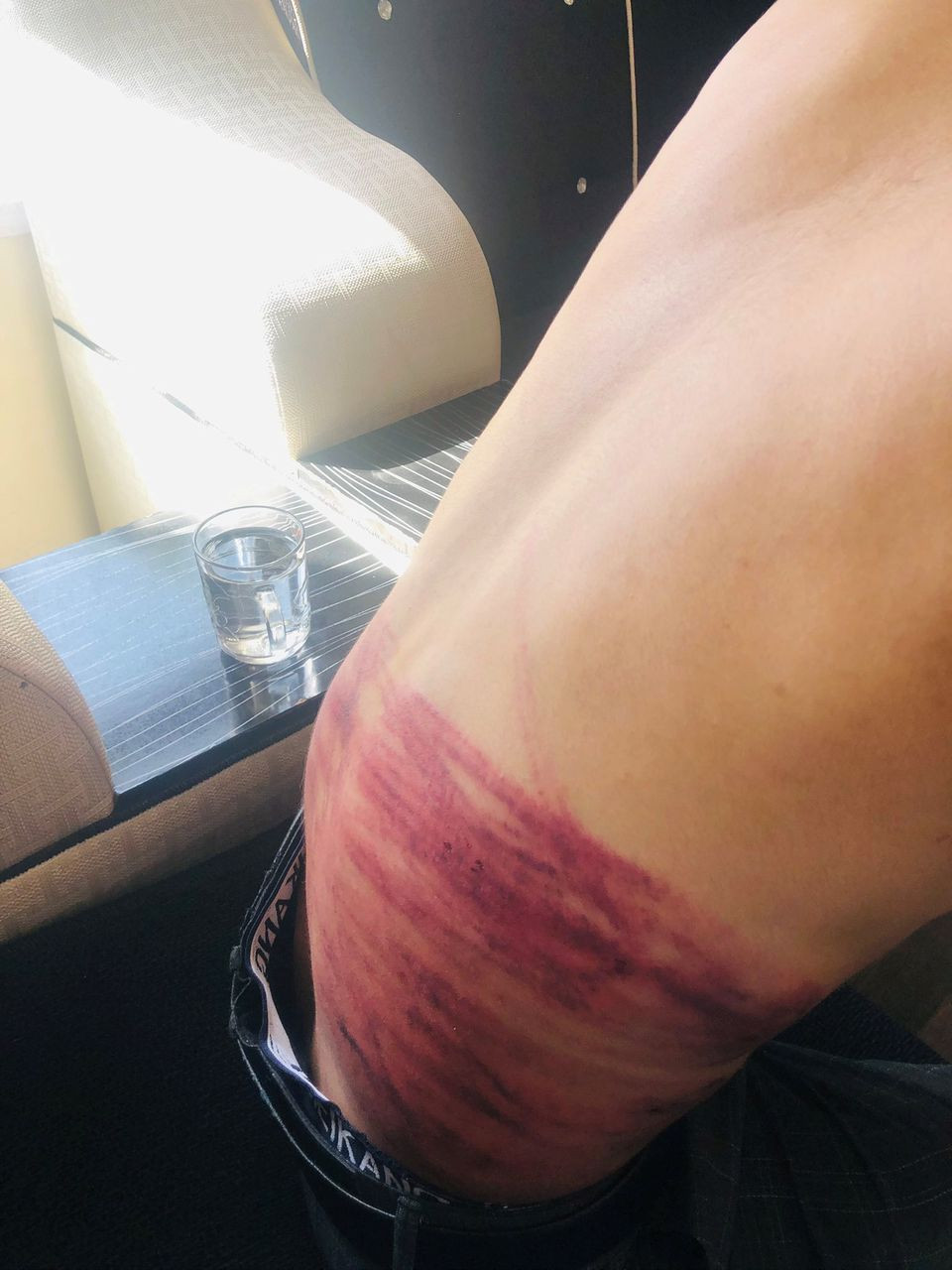 He said the injured reporters were taken to hospital and advised by doctors to take two weeks' rest.

The Taliban, who swept into the capital Kabul on Aug. 15 and now rule Afghanistan again after fighting a 20-year insurgency against foreign and Afghan forces, have vowed to allow the media to operate and respect people's human rights.

But incidents of abuse since they came to power have raised doubts among some Afghans.

The last time the Taliban ruled the country from 1996-2001 there was no independent media and the Internet was in its infancy.

Several journalists have complained of assault since the Taliban returned to power, and some women have said they were not allowed to carry on working in media jobs.

Under the first Taliban rule, women were banned from work and education. The group has said in recent weeks that women will be allowed to work and attend university within the parameters of Islamic law.

"With the sudden collapse of the government, Etilaat Roz initially decided to stay and operate in the hope that there would be no big issue for media and journalists," Daryabi said.

"But with the yesterday's incident, that little hope I had for the future of media and journalists in country is destroyed."

Afghans fear for jobs and money after Taliban takeover

Taliban agrees to evacuation of 200 Americans, other foreigners from Afghanistan

Watch: US Embassy in Afghanistan painted with Taliban flag