Iran calls on US to stop its addiction to sanctions

Korda on a mission as US bid for Solheim Cup revenge

US caused $350m worth of damage to Kabul airport: Taliban official

Video clips showing US servicemen frantically damaging military vehicles and aircraft at Kabul airport before their evacuation went viral on social media earlier this week. According to Taliban estimates, the Hamid Karzai International Airport has suffered $350 million worth of damage.

The Gulf state of Qatar is working with the Taliban to reopen the airport with latest reports claiming that domestic flight operations have resumed at the facility.

Al-Fatah Brigade, an elite Special Forces unit of the Taliban, was handed the security of the airport Friday evening at a modest ceremony where the spokesperson for Logar province, Akif Mohajir, spoke to media persons informally. 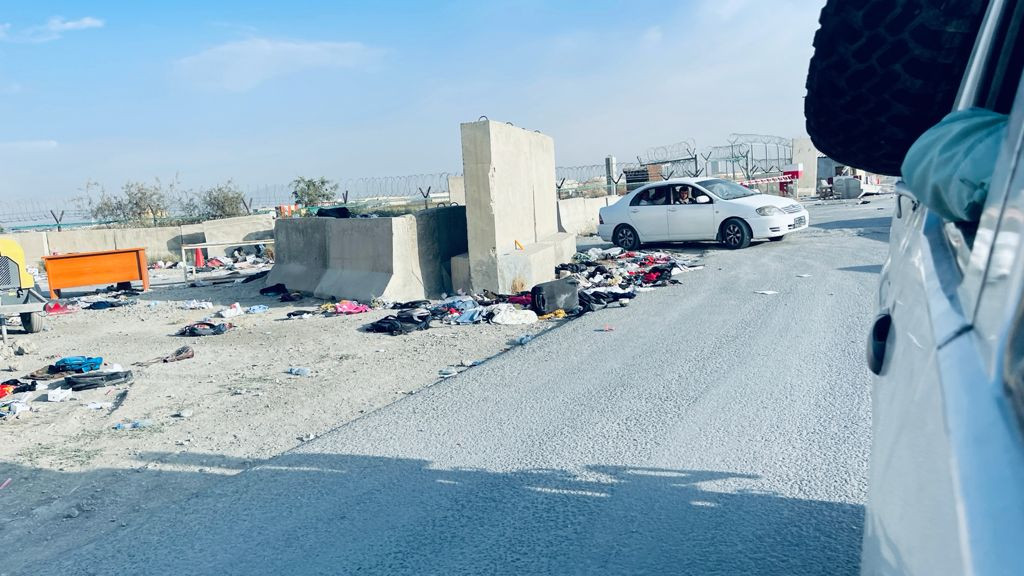 “The US forces intentionally wrecked the airport equipment, their military vehicles and aircraft and other sensitive gadgets,” he said, adding that the Americans used explosives to blow up the items they couldn’t damage beyond use. “Most of the destruction took place at the Salt Hut area where CIA had kept most sensitive intelligence equipment.”

Al-Fatah Brigade has been formally handed the security of Hamid Karzai International Airport less than a week after the last US troops were evacuated from Afghanistan following 20 years of war. A contingent of Al-Fatah Brigade – comprising 70 newly-commissioned commandoes – was deployed to the airport.

During the insurgency, Al-Fatah Brigade was responsible for most daring operations, including suicide bombings and Fidayee attacks. “These special forces personnel had been trained for four months for specialised duties,” Qari Fawad Fateh, the commander of the Al-Fatah Brigade unit, told The Express Tribune at the Kabul airport.

In all, more than 12,000 Taliban guards have been deployed at the airport which has three layers of security, with Al-Fatah Brigade unit forming the last layer. The security of all airports and air strips nationwide has been handed over to Al-Fatah Brigade and Badri Brigades.

The Taliban took full control of the airport on August 31, 2021, after the last US planes carrying military personnel and evacuees took off from the facility. Video clips showed Taliban fighters walking through hangars, inspecting damaged aircraft and equipment including helicopters, warplanes and armoured vehicles that American troops rendered unusable before they left.

According to rough estimates, the US military likely abandoned tens of millions of dollars’ worth of aircraft, armoured vehicles and sophisticated defensive systems in the rush to exit Kabul safely. Marine General Kenneth McKenzie, head of US Central Command, said some of the equipment had been “demilitarised”, essentially rendered inoperable.

US troops probably used thermate grenades, which burn at temperatures of 4,000 degrees Celsius, to destroy key components of the equipment, according to a defence department official who was not authorised to speak publicly.

The items at the Kabul airport, according to General McKenzie, include 70 MRAPs, or Mine Resistant Ambush Protected vehicles, 27 Humvees, 73 aircraft, and an unspecified number of counter-rocket, artillery and mortar systems, which the Taliban are now parading as trophies of their long fight to retake their country.

While hectic efforts are ongoing to put the airport back into operations, the facility is littered with heap of unusable military garbage aside from the destroyed equipment. The Qassaba entrance to the airport and the nearby storm drain was filled with sandals, torn off clothes and other things which was the reminiscent of the chaos sparked by the hasty US exit and its evacuation of Afghans who support the Americans during 20 years of war.

Interestingly, the Taliban took over Kabul without firing a single bullet and announced general amnesty, yet crowds of Afghan nationals overwhelmed the airport in an attempt to find a seat on US military planes to get out of Afghanistan.

Taliban officials say the chaos was created because the common Afghans saw the American announcement as an opportunity to get out of Afghanistan and settle in the West.