Popular television and film actor Sidharth Shukla, best known for his role in the long-running TV show Balika Vadhu and Bigg Boss, passed away on Thursday, an official at the Cooper Hospital told PTI.

''He was brought dead to the hospital some time ago,'' the hospital’s senior official was quoted by the outlet as saying. According to the Indian media, Shukla suffered a massive heart attack in the morning, which took his life at 40. He is survived by his mother and two sisters.
After the news of his demise took social media by storm, a number of celebrities from both India and Pakistan expressed their grief and disbelief on their respective handles. The outpour of condolences from the Bollywood fraternity saw messages from the likes of Alia Bhatt, Arjun Kapoor, Soha Ali Khan among others.

Bhatt, who shared screen space with Shukla in the 2014 Bollywood flick Humpty Sharma Ki Dulhania, posted a throwback photo of herself with Shukla from its promotion days on her Instagram Story. Alongside this, she penned a heartbreaking note to mourning his loss. “Sid, one of the warmest, kindest and most genuine people I’ve worked with…always smiling and always positive! My heartfelt condolences to his family, loved ones and his fans who have loved him so deeply, rest in peace!” she said.

Kapoor shared a photo with Shukla on his Insta feed with the caption “Go in peace brother.” Khan, on the other hand, sent her condolences to the actor's loved ones. While Bollywood actor Vaani Kapoor wrote "Gone too soon," on his Insta Stories.

A trove of Pakistani celebrities also took to their Instagram and Twitter handles to partake in Shukla’s remembrance. Rabia Butt wrote a prayer for the actor’s family in this difficult time. She also shared her views on young deaths adding a health-related concern, “Young deaths, deaths from heart attacks, night time sleep is so crucial. This is we must [thank God] for getting a new life as soon as we wake up, for anything can happen to us in deep sleep. May [God] give this family courage to cope with this loss.” 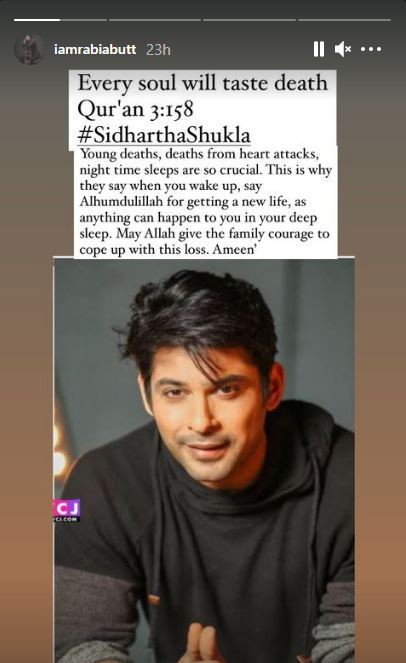 Pakistan’s popular twin actors Aiman Khan and Minal Khan also shared the news of Shukla’s passing. While Kinza Hashmi said his demise was the "most unbelievable news" of the day. Actor, model Abeer Rizvi also took a moment to remember Shukla. Whereas Momal Sheik chimed in with an "I'm shocked," on her Instagram Stories. 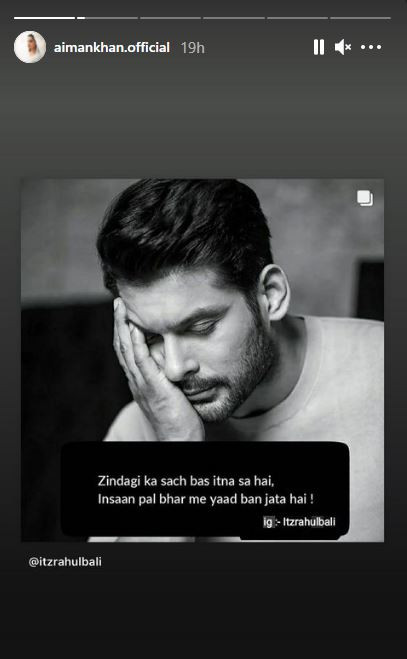 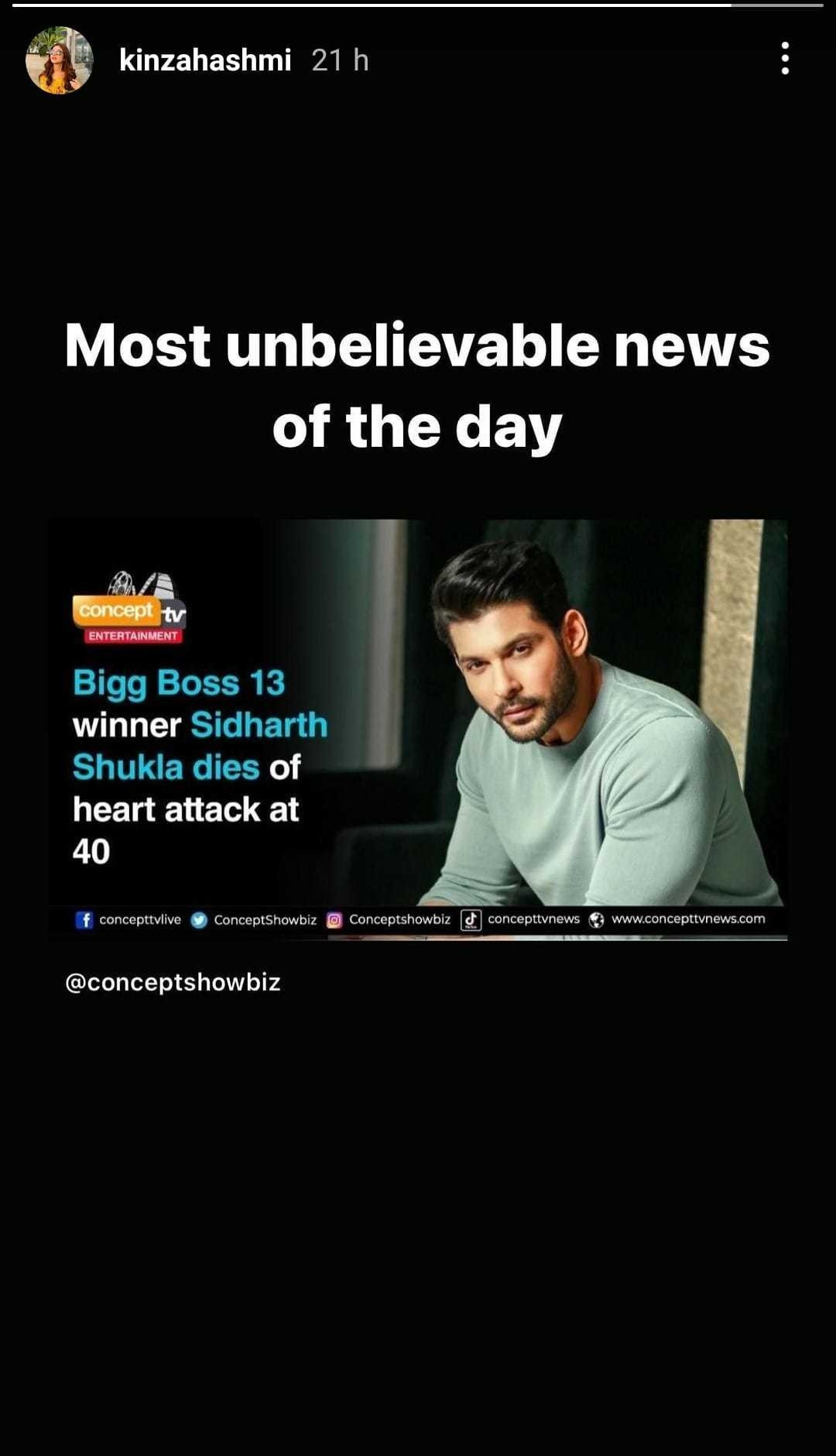 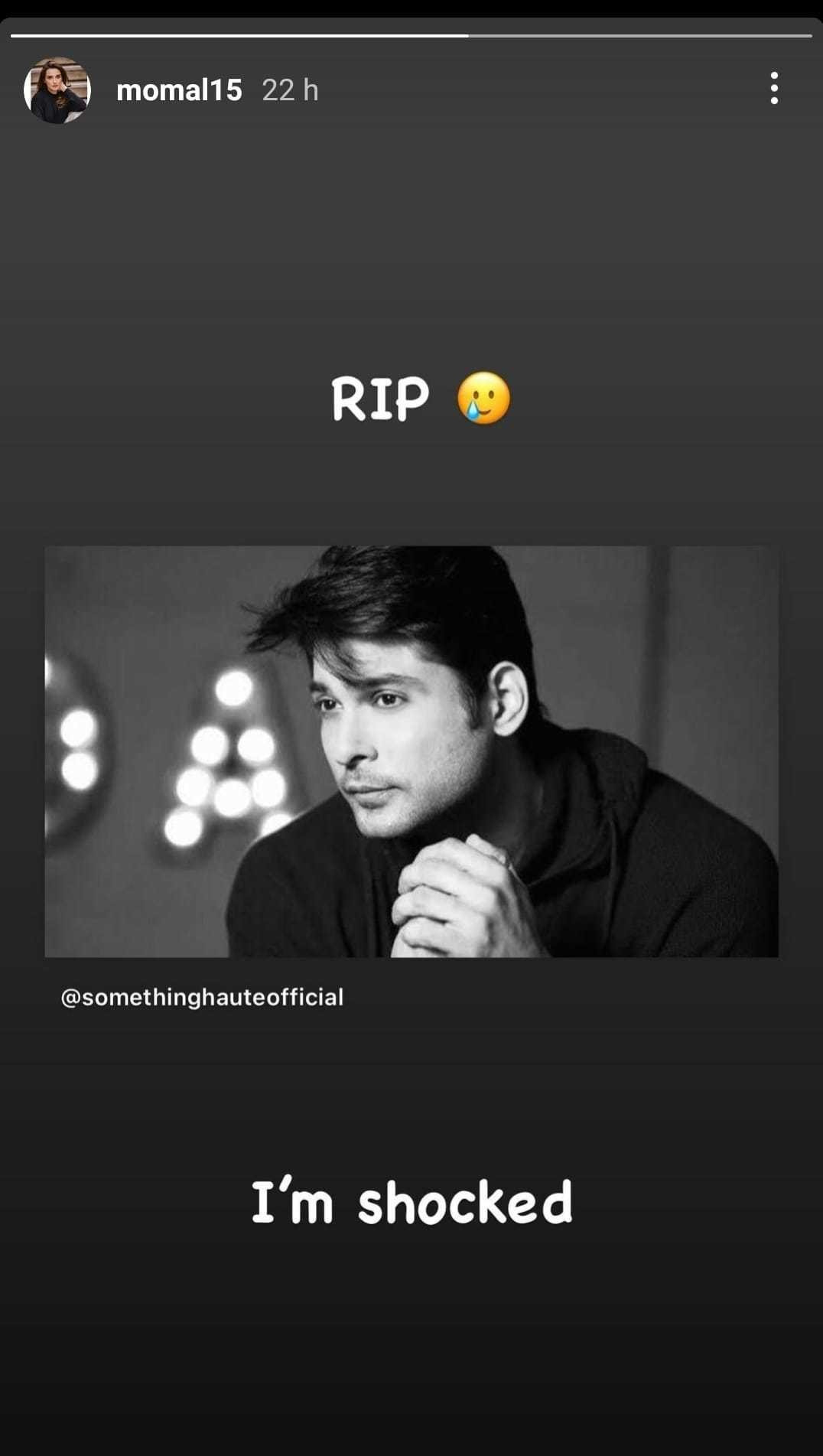 Shukla began his career in the showbiz as a model and made his acting debut with a leading role in the television show Babul Ka Aangann Chootey Na. He later appeared on shows like Jaane Pehchaane Se... Ye Ajnabbi and Love U Zindagi but became a household name with Balika Vadhu.

He also participated in reality shows like Jhalak Dikhhla Jaa 6, Fear Factor: Khatron Ke Khiladi 7 and Bigg Boss 13. In 2014, Shukla made his Bollywood debut with the Karan Johar-produced Humpty Sharma Ki Dulhania, which featured him as a supporting actor.