Russia says it will study Taliban's actions before deciding on recognition

13 US troops also among the dead; several Western countries say airlift of civilians now effectively over

US forces helping to evacuate Afghans desperate to flee Taliban rule braced for more attacks on Friday after an Islamic State suicide bomber killed 85 people, including 13 US soldiers outside the gates of Kabul airport.

Two blasts and gunfire rocked the area outside the airport on Thursday evening, witnesses said. Video shot by Afghan journalists showed dozens of bodies strewn around a canal on the edge of the airport.

A health official and a Taliban official said the toll of Afghans killed had risen to 72, including 28 Taliban members, although a Taliban spokesman later denied that any of their fighters guarding the airport perimeter had been killed.

‘Today I saw doomsday,’ said a man who had been in the queue near Kabul airport's Abbey Gate for around 10 hours when a powerful explosion went off https://t.co/7D7kDe9di0 pic.twitter.com/TReJqk3ii3

The militant Islamic State (ISIS) group, an enemy of the Taliban as well as the West, said one of its suicide bombers targeted "translators and collaborators with the American army". US officials also blamed the group and vowed retribution.

Statement on this morning's attack at #HKIA: pic.twitter.com/Qb1DIAJQJU

General Frank McKenzie, head of US Central Command, said US commanders were on alert for more attacks by Islamic State, including possible rockets or vehicle-borne bombs targeting the airport.

"We're doing everything we can to be prepared," he said, adding that some intelligence was being shared with the Taliban and that he believed "some attacks have been thwarted by them."

US forces are racing to complete their withdrawal from Afghanistan by an Aug 31 deadline set by President Joe Biden, who says the United States had long ago achieved its original rationale for invading the country in 2001: to root out al Qaeda militants and prevent a repeat of the Sept 11 attacks on the United States.

Biden said he had ordered the Pentagon to plan how to strike ISIS-K, the Islamic State affiliate that claimed responsibility. 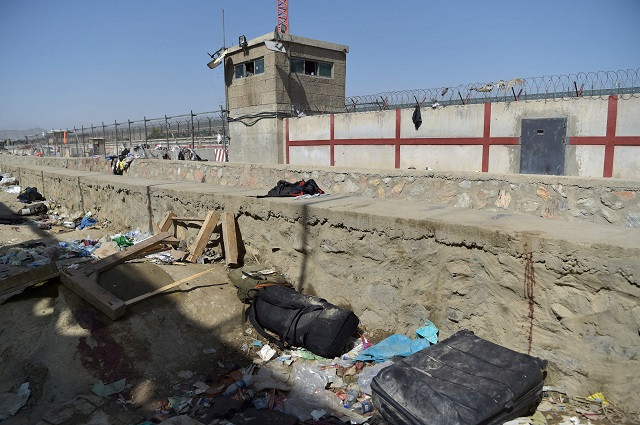 A suitcase and backpacks of Afghan people who were waiting to be evacuated are seen at the site of the August 26 twin suicide bombs. PHOTO: AFP

Video taken in the aftermath of the attack showed corpses in a wastewater canal by the airport fence, some being fished out and laid in heaps while wailing civilians searched for loved ones.

"I saw bodies and body parts flying in the air like a tornado blowing plastic bags," said one Afghan witness. "That little water flowing in the sewage canal had turned into blood."

Zubair, a 24 year-old civil engineer, said he was close to a suicide bomber who detonated explosives.

There were reports of fresh explosions at the Kabul airport. However, Taliban spokesperson Zabihullah Mujahid clarified that they were carried out by US forces.

"Several explosions were heard in Kabul in the evening. The blasts were carried out by US forces inside Kabul airport to destroy their belongings," he wrote on Twitter.

A US Central Command spokesperson said 18 soldiers wounded in the attack were "in the process of being aeromedically evacuated from Afghanistan on specially equipped C-17s with embarked surgical units".

A Taliban official said at least 28 members of the militant group were killed in the attack. 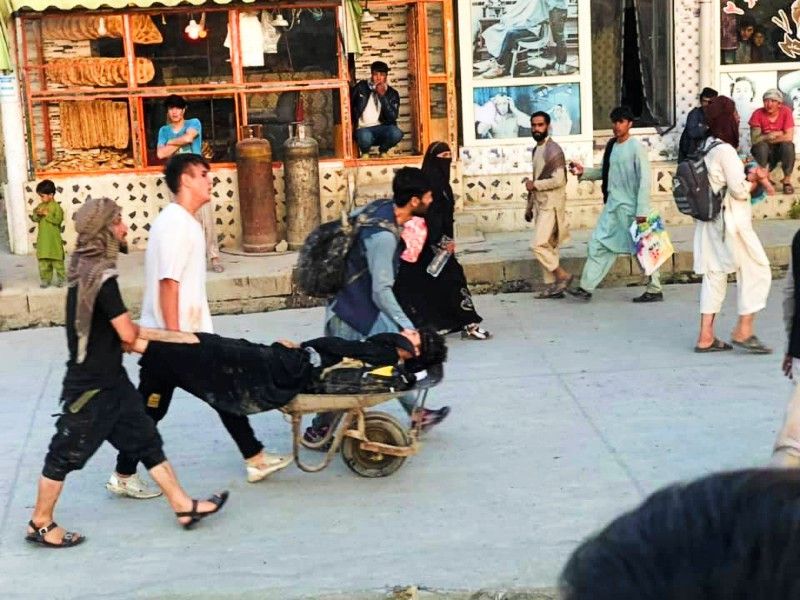 "We have lost more people than the Americans in the airport blast," he said, adding the Taliban was "not responsible for the chaotic evacuation plan prepared by foreign nations".

A NATO country diplomat in Kabul said all foreign forces were aiming to evacuate their citizens and embassy employees by Aug. 30.

The Taliban would tighten security around the airport, said the diplomat who declined to be identified.

"Security is their responsibility," the diplomat said, adding that the Taliban should investigate the Islamic State network.

ISIS-K was initially confined to areas on the border with Pakistan but has established a second front in the north of the country.

The United States would press on with evacuations despite the threat of further attacks, McKenzie said, noting that there were still about around 1,000 US citizens in Afghanistan. 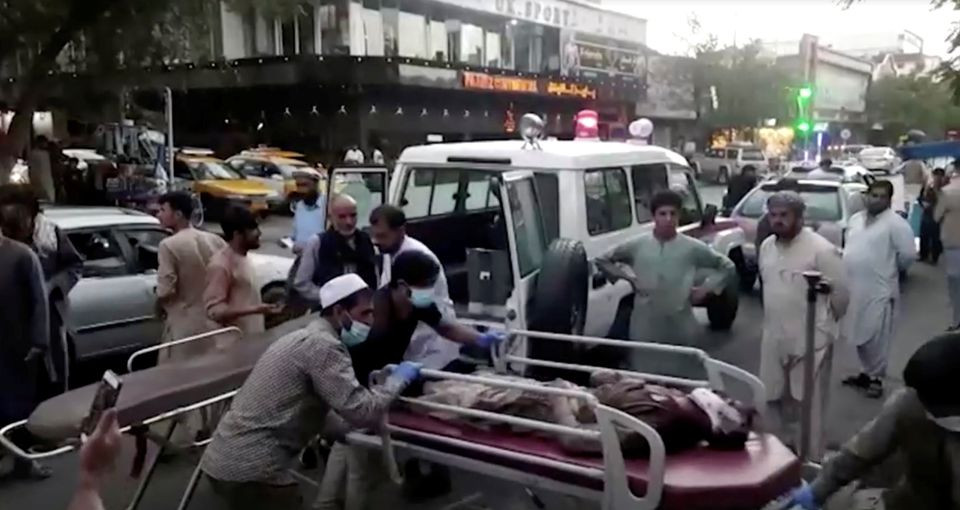 The pace of evacuation flights had accelerated on Friday and American passport holders had been allowed to enter the airport compound, said a Western security official stationed inside the airport.

In the past 12 days, Western countries have evacuated nearly 100,000 people. But they acknowledge that thousands will be left behind when the last U.S. troops leave at the end of the month.

Several Western countries said the mass airlift of civilians was coming to an end and announced their last remaining troops had left the country.

The American casualties in Thursday's attack were believed to be the most US troops killed in Afghanistan in a single incident since 30 personnel died when a helicopter was shot down in 2011.

The US deaths were the first in action in Afghanistan in 18 months, a fact likely to be cited by critics who accuse Biden of recklessly abandoning a stable and hard-won status quo by ordering an abrupt pullout.

Pakistan strongly condemned the heinous terrorist attack at the Kabul airport, which reportedly resulted in the loss of several precious lives, including children.

“Pakistan condemns terrorism in all its forms and manifestations. We convey our sympathies and condolences to the bereaved families and pray for the early recovery of those injured,” said a statement issued by the foreign office.

As many flee Afghanistan, some still want to go back

Talibanisation of Afghanistan — challenges ahead

China says US army must be held accountable for Afghanistan actions

EU to 'step up pressure' on Russia with proposed new sanctions

Pakistan ready to play its part for revival of SAARC: PM