US to start offering Covid-19 vaccine booster doses in September

The Taliban met with former president Hamid Karzai and senior official Abdullah Abdullah on Wednesday as they seek to form a government.

The talks came as President Ashraf Ghani -- who fled Afghanistan as the insurgents closed in on Kabul at the weekend, sealing their return to power -- said from the United Arab Emirates that he supported those negotiations and was in talks to return home. 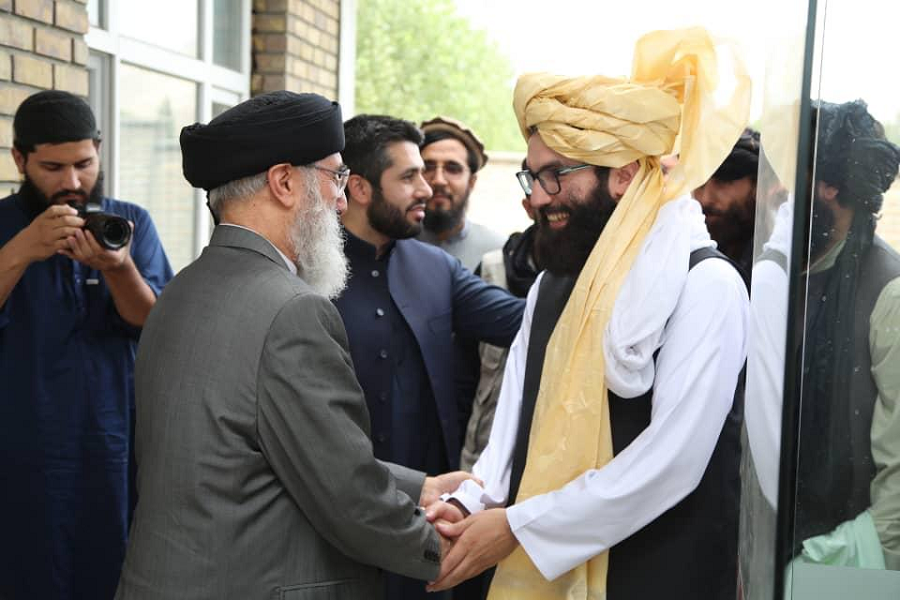 As the Taliban moves to put a government in place, leader Haibatullah Akhundzada has ordered the release of "political detainees", telling provincial governors to free them "without any restrictions or conditions", the group said.

Taliban negotiator Anas Haqqani met with Karzai, the first Western-backed leader of Afghanistan after the Taliban's ouster in 2001, and Abdullah, who had led the government's peace council, the SITE monitoring group said.

Taliban leaders "have said that they pardoned all former government officials and thus there is no need for anyone to leave the country," SITE said, after the Taliban published images of Haqqani meeting Karzai in Kabul.

Ghani -- who was in the United Arab Emirates, which said it was hosting him and his family "on humanitarian grounds" -- said he wanted those negotiations to be a "success".

On Tuesday, Taliban spokesman Zabihullah Mujahid declared a blanket amnesty in the movement's first press conference and said: "We will not seek revenge."

He said the new regime would be "positively different" from their 1996-2001 stint, which was infamous for deaths by stoning, girls being banned from school, and women from working in contact with men.

He also said they were "committed to letting women work in accordance with the principles of Islam", without offering specifics.

But while the Taliban leadership tried to project a new image, video footage shot by Pajhwok Afghan News, a local news agency, showed protesters in Jalalabad who were carrying the Afghan flag fleeing with the sound of gunshots in the background.

Local media said the residents were protesting the removal of the flags in favour of those of the hardline movement.

"While I was filming, a Taliban started hitting me with a gun from behind," said Babrak Amirzada, a journalist for the agency said.

And residents in Bamiyan city reported that a statue of Hazara leader Abdul Ali Mazari, killed by the group in the 1990s, had been decapitated.

Hazaras have long been persecuted for their largely Shiite faith and were massacred in the thousands during the Taliban's ruthless conquest of the country in the 1990s.

"We are not sure who has blown up the statue, but there are different groups of Taliban present here, including some... who are known for their brutality," a resident told AFP, asking not to be named.

Afghans and foreigners continued to flee the country Wednesday, with the United States and other nations stepping up evacuation airlifts from Kabul.

In Washington, Pentagon spokesman John Kirby said while some shots had been fired, it was believed that none of them had "anything to do with hostile intent" and were instead fired by US personnel as crowd control measures.

US, Turkish and Afghan troops are in full control of both the civilian and military sides of the facility, Kirby told reporters.

Crowds built up outside embassies in Kabul on rumours that governments were offering asylum.

In a dramatic culmination to the Taliban's takeover, Mullah Abdul Ghani Baradar, the movement's co-founder, and deputy leader returned to Afghanistan from Qatar late Tuesday.
He chose to touch down in the country's second-biggest city Kandahar -- the Taliban's spiritual birthplace and capital during their first time in power.

The United Nations Human Rights Council said it would hold a special session on Afghanistan next week to address the "serious human rights concerns" under the Taliban.

The European Union, the United States, and 18 other countries issued a joint statement on Wednesday saying they were "deeply worried about Afghan women and girls", urging the Taliban to ensure their safety.

Demonstrations have been staged in cities around the world in support of Afghan civilians, and women and girls in particular.

US President Joe Biden's administration has so far given a non-committal response to the Taliban's pledges of tolerance, saying it is looking at actions, not promises.

Russia and China have meanwhile signaled their willingness to work with the Taliban.

Meanwhile, Defense Secretary Lloyd Austin said US troops do not have the capability to help get people to the airport in Afghanistan's capital Kabul to be evacuated because they are focused on securing the airfield, on Wednesday.

"We're going to do everything we can to continue to try and deconflict and create passageways for them to get to the airfield. I don't have the capability to go out and extend operations currently into Kabul," Austin told reporters at the Pentagon.

Austin said there are about 4,500 US military personnel in Kabul and there "have been no hostile interactions with the Taliban, and our lines of communication with Taliban commanders remain open."

"We do hear reports of people getting turned away from checkpoints. We've gone back and ... reinforced to the Taliban, that if they have credentials they need to be allowed through - and so that's working better than it was," Austin said. 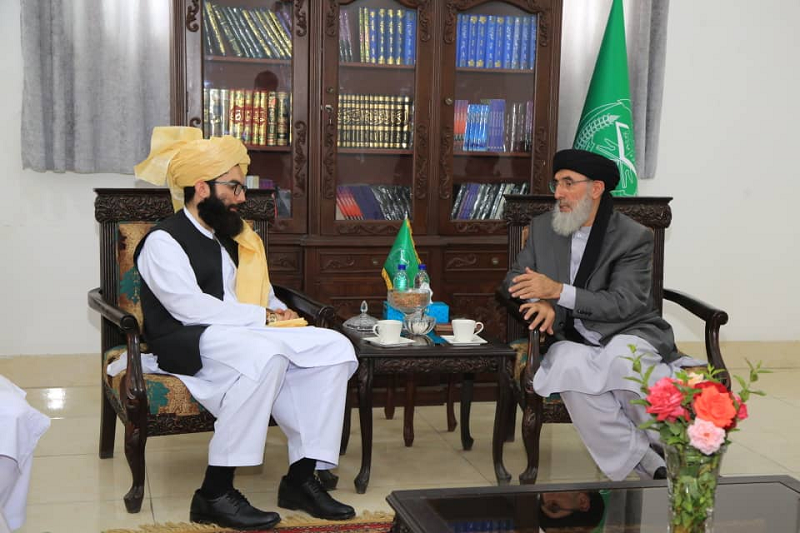 Speaking to reporters alongside Austin, General Mark Milley, the top US military officer, said there had been no intelligence to indicate that the Afghanistan security forces and government would collapse in 11 days, as they did.

Milley said intelligence had "clearly indicated, multiple scenarios were possible," including a Taliban takeover following a rapid collapse of Afghan security forces and the government, a civil war or a negotiated settlement.

"The timeframe of rapid collapse - that was widely estimated and ranged from weeks to months and even years following our departure," Milley said.

"There was nothing that I or anyone else saw that indicated the collapse of this army and this government in 11 days."