Another setback for PML-N as PTI clinches Sialkot by-poll

According to the results received from all 165 polling stations of the constituency, PTI candidate Ahsan Saleem Baryar stood first with 60,588 votes while PML-N candidate Tariq Subhani could only secure the second position with 53,471 ballots. 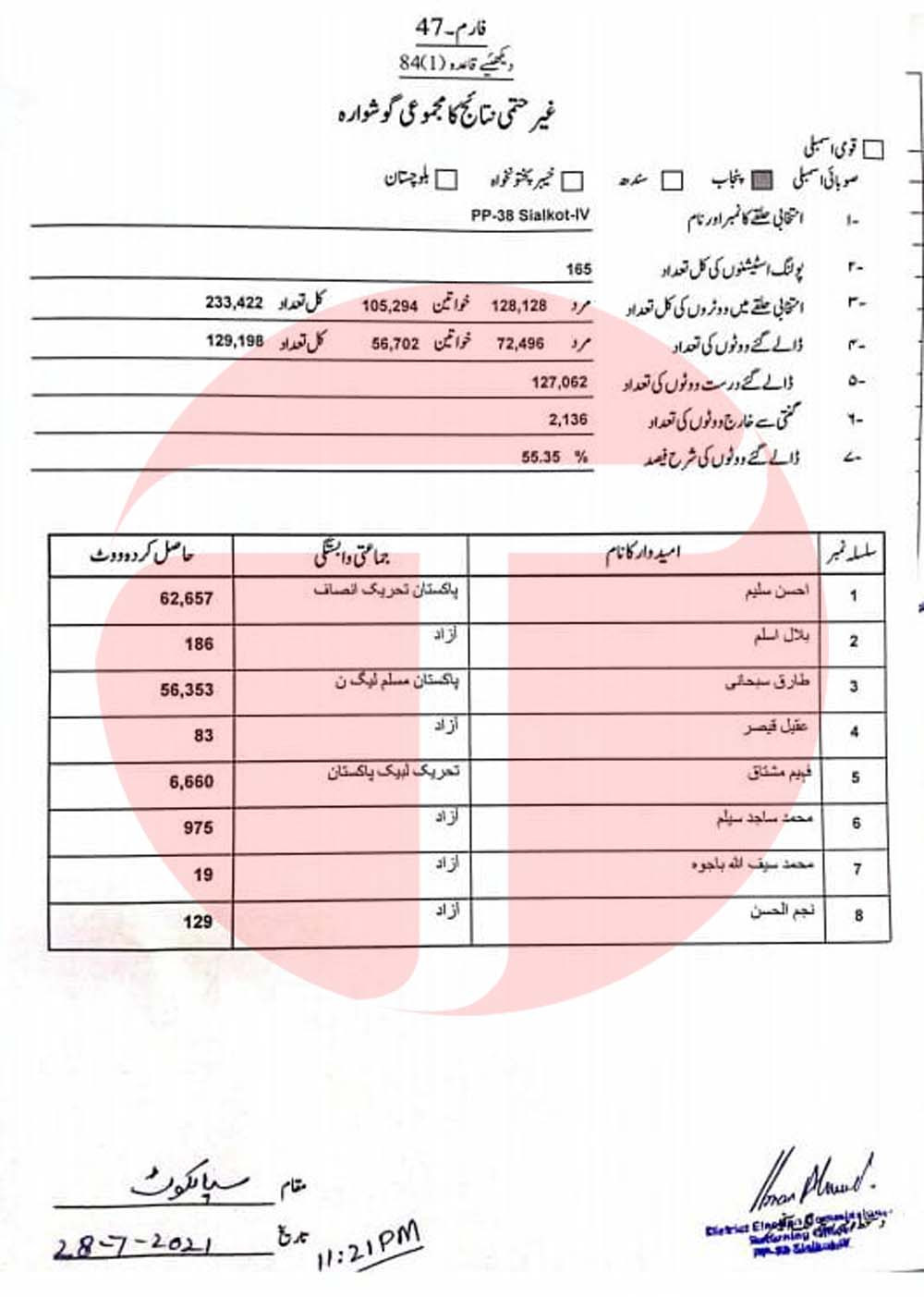 Taking to Twitter, Minister of State for Information and Broadcasting Farrukh Habib, while announcing the PTI's victory, said that after AJK, Sialkot also buried the PML-N narrative.

The ruling party, on its official Twitter handle, expressed hope that the party would win a two-thirds majority in the general elections 2023.

Read more: PTI set to form next AJK govt after clinching most seats

"It looks like we have clinched #PP38 (Sialkot). PTI seems unstoppable; InshaAllah 2/3 majority in 2023 Elections. PMLN used to claim Punjab as its stronghold; that myth is broken today. Our Naya Pakistan will keep rising under PM Imran Khan!," it added.

It looks like we have clinched #PP38 (Sialkot). PTI seems unstoppable; InshaAllah 2/3 majority in 2023 Elections. PMLN used to claim Punjab as its strong hold; that myth is broken today. Our Naya Pakistan will keep rising under PM Imran Khan! #SialkotBhiKaptaanKa pic.twitter.com/Hjh7BR1NJZ

Meanwhile, PML-N Vice President Maryam Nawaz Sharif, crying foul play during the by-polls, saying that a victory or a defeat can only be determined when an election is held, not "selection".

Maryam further said that her party was in good spirits and the mandate of the people would soon be respected.

It is pertinent to mention here that the seat was vacated due to the death of Chaudhry Khush Akhtar Subhani of the PML-N.

The victory comes days after the ruling party emerged as the single-largest party after clinching at least 25 out of 45 seats in AJK elections, according to unofficial results.

PM thanks AJK people for support in polls

Fawad asks Bilawal, Maryam to step down after ‘historic defeat’ in AJK polls

Govt paid off $10b debt in three years: Fawad