Sarri not intimidated by Mourinho's past successes

In pictures: India's poor can't afford to beat the heat

India's average temperature rose around 0.7 Celsius between the beginning of the 20th century and 2018

Beating the merciless heat is hard in the Indian desert city of Sri Ganganagar, a reality facing millions across the vast country as the climate changes in the coming decades.

While people in richer nations can find some respite from a warming planet with air conditioners and other modern luxuries, many here -- and elsewhere in India -- don't even have running water.

Sri Ganganagar, in the desert state of Rajasthan near the Pakistan border, is regularly India's hottest place and temperatures of 50 degrees Celsius (122 degrees Fahrenheit) are nothing out of the ordinary.

So the district's two million people -- equivalent to the population of Slovenia -- get up early during the long summer months. 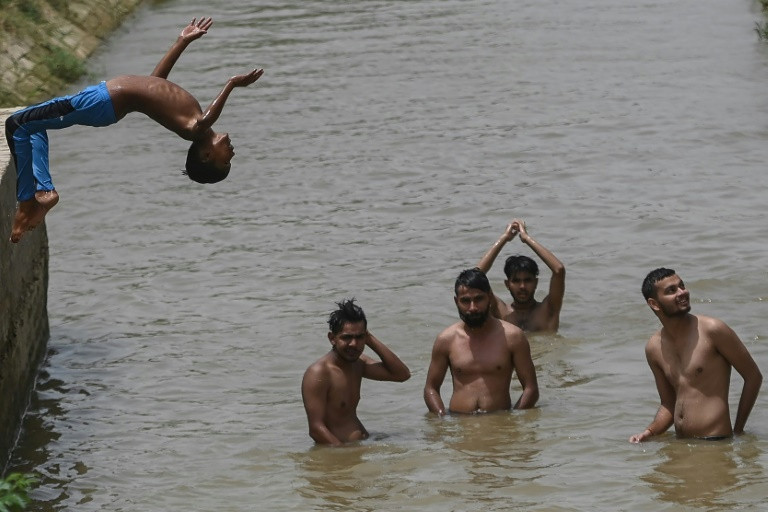 By late morning the sun is already ferocious and the temperature a brutal 42 Celsius, and everyone soon retreats to their homes until early evening.

"By noon only those who can't avoid it are outside. We just sit under this," said fruit vendor Dinesh Kumar Shah, gesturing to his large black umbrella.

Only a lucky few have air conditioning, with most people using fans and cheaper air coolers -- in between power cuts -- and thick green curtains called tarpals to block out the sun.

"Us poor are hit the hardest," said local resident Kuldeep Kaur. "The ceiling fans at our homes just circulate the hot air."

"It is particularly difficult for young children at home in summers. But I guess there isn't much ordinary citizens can do about it. We just have to bear it."

Along the city's irrigation canals, boys and men young and old -- but not women in socially conservative Rajasthan -- cool off in the muddy water. 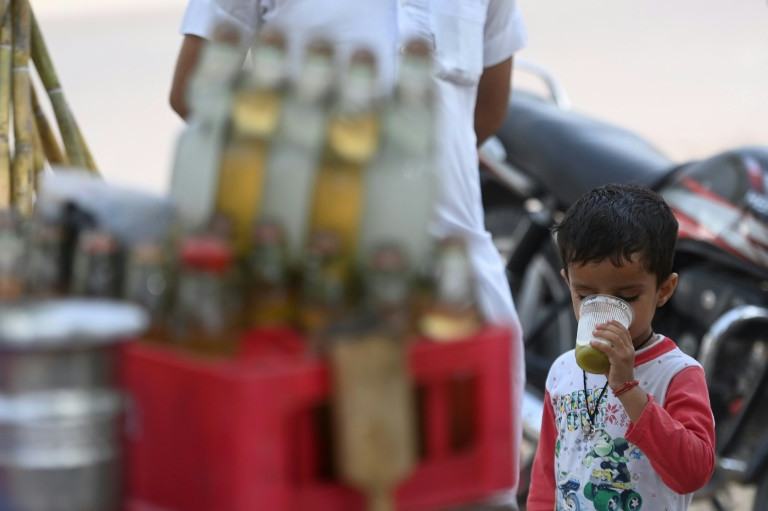 Locals know the water-release schedules. It helps them with irrigating their crops, and tells them where they need to be for a dip.

"This is better than any fan or air-cooler," said Arjun Sarsar, 16, who has already spent four hours chilling, literally, with his friends.

India's average temperature rose around 0.7 Celsius between the beginning of the 20th century and 2018. It is set to rise another 4.4 degrees by 2100, according to a recent government report.

The study also forecasts the frequency of heatwaves by then to be three to four times higher than in 1976-2005, and they will last twice as long.

According to a draft report by the UN's climate science advisory panel seen by AFP last month, hundreds of millions of people will likely be afflicted by at least 30 deadly heat days every year by 2080, even if the world meets the Paris climate deal goal of capping warming well below two degrees Celsius.

Back in Sri Ganganagar, the locals keep cool drinking plastic cups of sugarcane juice with mint leaves and lemon, sold by Mathura Choudhary for 10 rupees ($0.13) each. 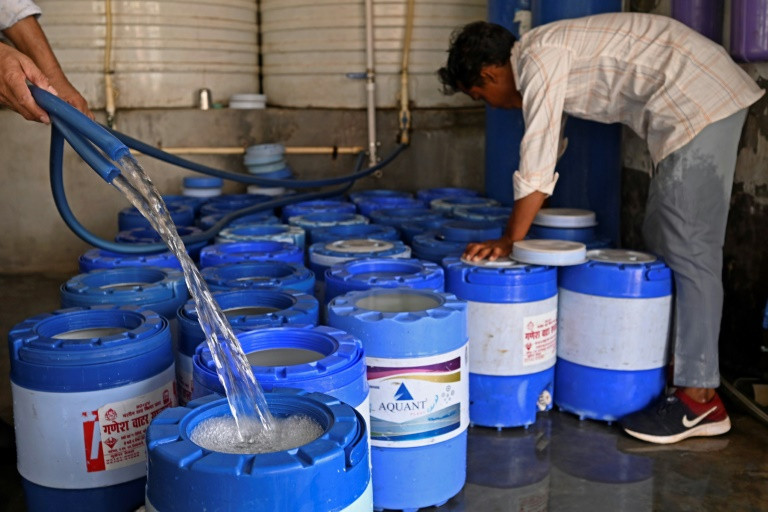 Sustained heatwaves can be mortally dangerous, especially when combined with high levels of humidity.

Together, high humidity and heat can create so-called "wet-bulb temperatures" so vicious that sweating no longer cools people down, potentially killing a healthy adult within hours.

"Both temperatures and humidity are increasing in India and all over the world," Roxy Mathew Koll, climate scientist at the India Institute of Tropical Meteorology, told AFP.

"It is not just about the heatwaves but the accompanying rise in humidity too, which makes you feel the temperature is much higher (than it is)," Koll added.

Indian cities are implementing "heat action plans", planting trees in urban areas and painting roofs with reflective paint, but these are no substitute for global action to reduce emissions.

"This is the time when we do our best business," Choudhary told AFP at his roadside stall. "Who wouldn't like a glass or two of this in the summer? It's cold, sweet and fresh."

Filling up plastic water containers that his company distributes to homes without running water, Sitaram Sevta said the city's inhabitants were used to the summer heat.

"People live their lives around it," he told AFP.

After hottest June ever, US braces for new heatwave in West

Facebook to rebrand itself with new name, says The Verge